A City Council discussion Wednesday about the approval of a new Johnny Quick convenience store in northwest Fresno resulted in the ban of Amazon lockers from the site after a councilmember said they have attracted a “criminal element” at other locations.

“They’ve attracted the criminal element, and they’ve already been vandalized, and they’ve now become a blight to the area,” said Arias. 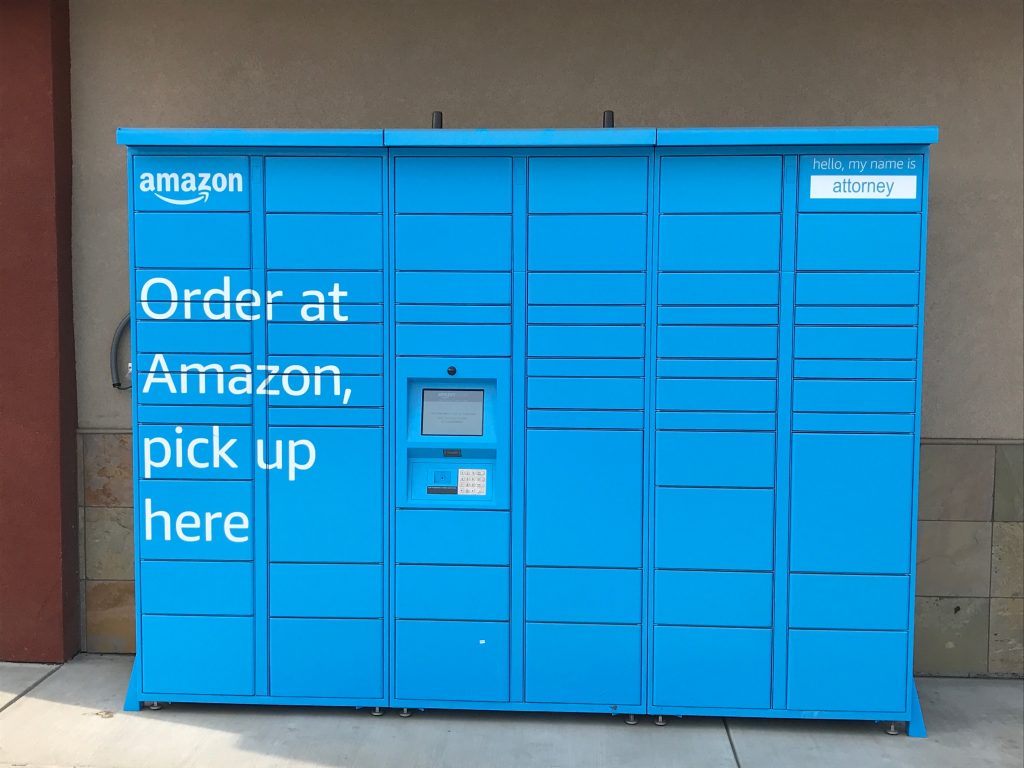 Developer George Beal, who operates more than a dozen Johnny Quick stores in the Fresno-Clovis area, said the boxes are a benefit to customers and the businesses that host them. Amazon customers can choose to have their packages delivered to one of its lockers, rather than directly to their home, to help prevent theft.

“Amazon has picked us as someone that is deserving of that,” Beal said. “Quite frankly, there’s a lot of places that Amazon won’t take them (packages) to the front door because of problems that they’ve had.” Beal says Amazon manages and maintains the outdoor lockers.

Restriction on Outdoor Lockers and Boxes

Arias asked the city attorney Doug Sloan if Beal would be allowed to install the lockers at Johnny Quick’s new Barstow & Grantland store without city approval. Sloan said the council could add a restriction to the store’s conditional use permit to prohibit the lockers.

Councilmember Mike Karbassi asked, “If we authorize them to be allowed to use Amazon boxes, can we go back later if there’s a problem and dis-authorize them?” Sloan said if they are authorized in the conditional use permit it would be considered a property right that would then have to be taken away later.

“So I have to approve it or deny it now?,” asked Karbassi. He then proposed an addition to the store’s operating permit “to make sure we do not allow Amazon boxes, or Redboxes, or any of those.”

The restriction was approved as part of the store’s Conditional Use Permit.

“I’m going to amend the motion to make sure we do not allow Amazon boxes, or Redboxes, or any of those.”–Fresno City Councilmember Mike Karbassi

GV Wire℠ reached out to an Amazon spokesperson for a response to Arias’ concerns.

In an email, Alyssa Bronikowski, Amazon spokesperson says, “We take the safety of our customers and the communities in which we operate in very seriously. We’re looking into this matter and are committed to working with the City of Fresno to address these concerns.”

Amazon has a section on their website devoted to what they call “Hub Lockers.”

Here is how Amazon describes them: “With locations in over 900 cities and towns in the U.S. including convenience stores, local groceries, apartment buildings and Whole Foods Market, you can now pick up packages at a time and place that’s convenient for you.”

“If you live in an apartment building with small mailboxes and no doorman, you probably aren’t so excited about your package hanging out in a lobby or a hallway by your door all day. Even if you live in a house, porch thieves may strike while you’re away. If this is a concern in your neighborhood, lockers will give you peace of mind for every delivery.” 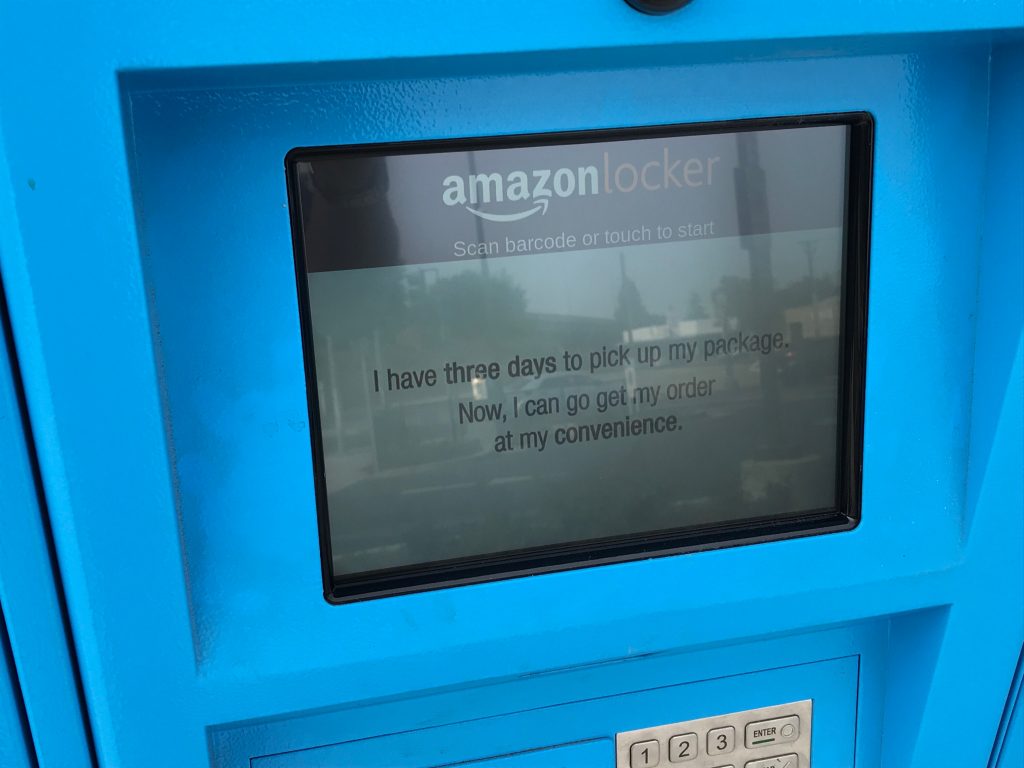 A screen directs users how to retrieve packages from an Amazon locker outside a Johnny Quick store in Fresno’s Tower District. (GV Wire/Jim Jakobs)