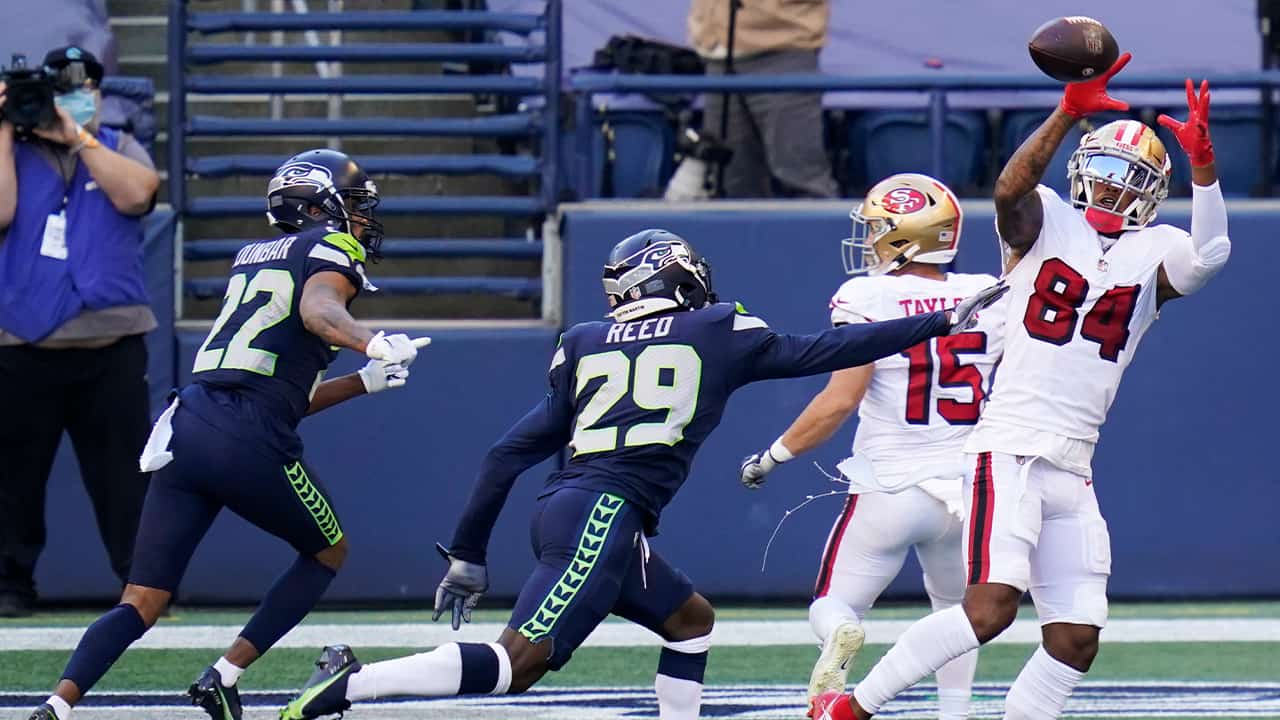 SANTA CLARA — The NFL and the union are investigating the San Francisco 49ers and receiver Kendrick Bourne for possible violations of the league’s coronavirus protocols.

A person familiar with the investigation says the probe is looking into whether Bourne was wearing a face covering as required by the COVID-19 rules. The person spoke on condition of anonymity because details of the investigation haven’t been announced by the league.

Bourne was placed on the COVID-19 list on Wednesday after testing positive for the coronavirus. Teammates Brandon Aiyuk, Trent Williams and Deebo Samuel were also placed on the list as “high risk” close contacts of Bourne’s.

All of the tests taken Wednesday for the 49ers came back negative the following day and their game Thursday night against Green Bay is on as scheduled, the person said. While Bourne’s test was negative, the original is not considered a false positive because 101 out of 104 people in the league who tested negative one day after a positive test were later proven positive with subsequent tests, the person said.

The Packers also have their own coronavirus issues after running back AJ Dillon tested positive and was placed on the COVID-19 list Monday. Running back Jamaal Williams and linebacker Kamal Martin were also placed on the list because of high-risk close contacts.

Related Topics:NFLSan Francisco 49ers
Up Next