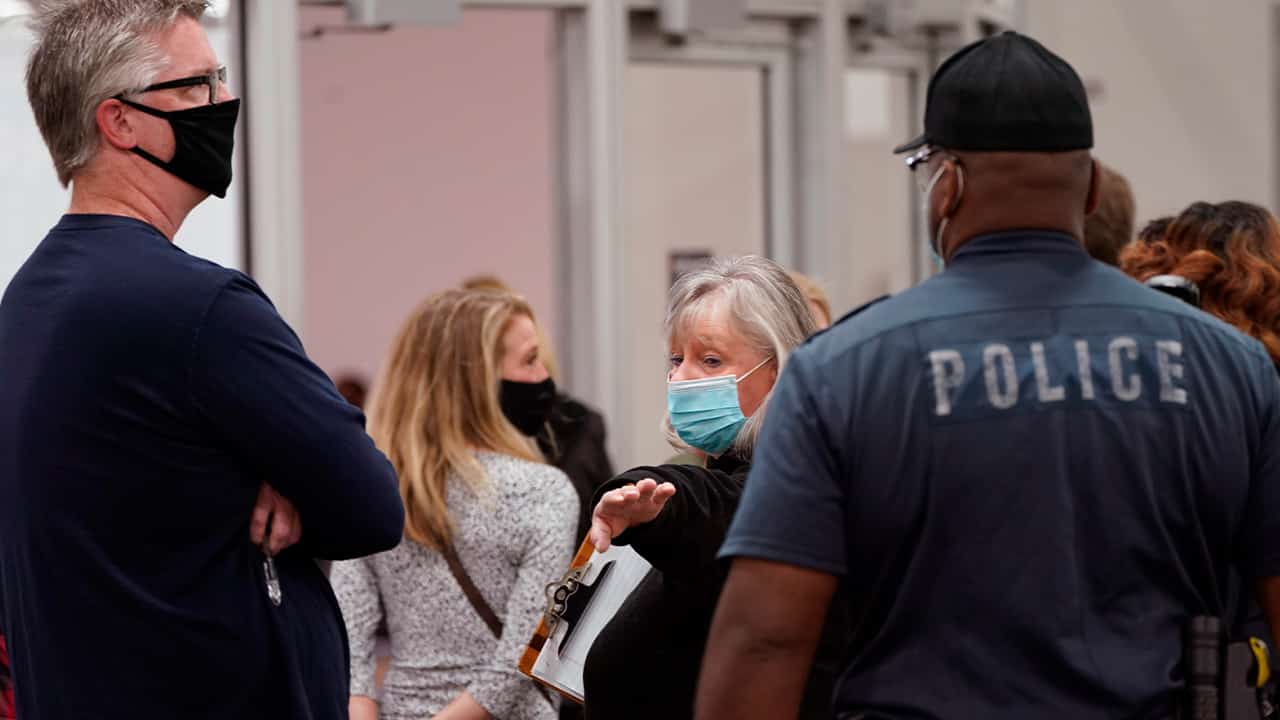 WASHINGTON — The Trump campaign said it filed lawsuits Wednesday in Pennsylvania and Michigan, laying the groundwork for contesting the outcome in undecided battleground states that could determine whether President Donald Trump gets another four years in the White House.

Suits in both states are demanding better access for campaign observers to locations where ballots are being processed and counted, the campaign said. The campaign also is seeking to intervene in a Pennsylvania case at the Supreme Court that deals with whether ballots received up to three days after the election can be counted, deputy campaign manager Justin Clark said.

The campaign said it is calling for a temporary halt in the counting in both states until it is given “meaningful” access in numerous locations and allowed to review ballots that already have been opened and processed. Trump is running slightly behind Democratic nominee Joe Biden in Michigan. The president is ahead in Pennsylvania but his margin is shrinking as more mailed ballots are counted.

There have been no reports of fraud or any type of ballot concerns out of Pennsylvania. The state had 3.1 million mail-in ballots that take time to count and an order allows them to be counted up until Friday if they are postmarked by Nov. 3.

The campaign also said it would ask for a recount in Wisconsin, a state The Associated Press called for Biden on Wednesday afternoon. Campaign manager Bill Stepien cited “irregularities in several Wisconsin counties.”

The actions came as elections officials counted votes in several undecided states that are crucial to the outcome of the presidential election.

The former vice president’s campaign meanwhile welcomed the ongoing vote count and a Biden campaign attorney said they are ready for any legal fight. And Michigan Democrats said the suit was a longshot.

Lonnie Scott, executive director of Progress Michigan, a liberal advocacy group, said Trump only filed the suit to stop The Associated Press and other media outlets from calling the race for Biden.

The campaign didn’t immediately make public a copy of the lawsuit and it wasn’t clear what in areas they argue they were denied access.

Poll watchers from both sides were plentiful Wednesday at one major polling place in question — Detroit’s TCF Center, The Associated Press observed. They checked in at a table near the entrance to the convention center’s Hall E and strolled among the tables where ballot processing was taking place. In some cases, they arrived en masse and huddled together for a group discussion before fanning out to the floor. Uniformed Detroit police officers were on hand to make sure everyone was behaving.

Mark Brewer, a former state Democratic chairman who said he was observing the Detroit vote counting as a volunteer lawyer, said he had been at the TCF arena all day and had talked with others who had been there the past couple of days. He said Republicans had not been denied access.

“This is the best absentee ballot counting operation that Detroit has ever had. They are counting ballots very efficiently, despite the obstructing tactics of the Republicans.” Republicans already are mounting other legal challenges involving absentee votes in Pennsylvania and Nevada, contesting local decisions that could take on national significance in the close election.

Earlier Wednesday, Trump said he’ll take the presidential election to the Supreme Court, but it’s unclear what he meant in a country in which vote tabulations routinely continue beyond Election Day, and states largely set the rules for when the count has to end.

“We’ll be going to the U.S. Supreme Court — we want all voting to stop,” Trump told supporters at the White House.

But the voting is over. It’s only counting that is taking place across the nation. No state will count absentee votes that are postmarked after Election Day.

“If the president makes good on his threat to go to court to try to prevent the proper tabulation of votes, we have legal teams standing by ready to deploy to resist that effort,” Biden Campaign Manager Jen O’Malley Dillon said in a statement. “And they will prevail.”

Election law expert Richard Hasen wrote in Slate on Sunday that “there has never been any basis to claim that a ballot arriving on time cannot be counted if officials cannot finish their count on election night.”

In Any Event, There’s No Way to Go Directly to the High Court With a Claim of Fraud

Ohio State University election law professor Edward Foley wrote on Twitter Wednesday: “The valid votes will be counted. SCOTUS would be involved only if there were votes of questionable validity that would make a difference, which might not be the case. The rule of law will determine the official winner of the popular vote in each state. Let the rule of law work.”

In any event, there’s no way to go directly to the high court with a claim of fraud. Trump and his campaign could allege problems with the way votes are counted in individual states, but they would have to start their legal fight in a state or lower federal court.

There is a pending Republican appeal at the Supreme Court over whether Pennsylvania can count votes that arrive in the mail from Wednesday to Friday, an extension ordered by the state’s top court over the objection of Republicans. That case does not involve ballots already cast and in the possession of election officials, even if they are yet to be counted.

The high court refused before the election to rule out those ballots, but conservative justices indicated they could revisit the issue after the election. The Supreme Court also refused to block an extension for the receipt and counting of absentee ballots in North Carolina beyond the three days set by state law.

Even a small number of contested votes could matter if either state determines the winner of the election and the gap between Trump and Biden is so small that a few thousand votes, or even a few hundred, could make the difference.