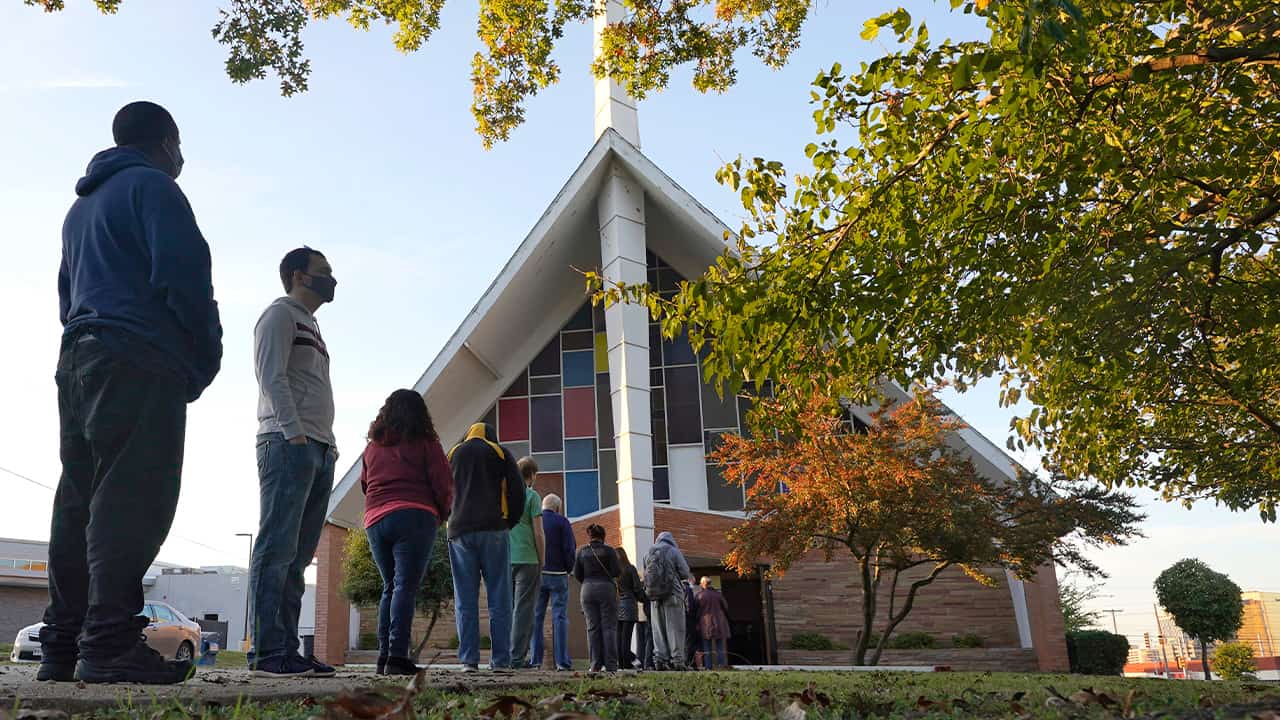 Voters marked the end of a fraught U.S. election season at the polls Tuesday, casting the last of what will likely be a record number of ballots in the midst of a global pandemic that upended long-established election procedures, prompted an unprecedented surge in mail ballots and triggered hundreds of lawsuits.

No major problems were reported, and fears of large-scale voter intimidation or harassment had not materialized by midday. Officials have already warned that counting ballots could take days due to an avalanche of mail votes that take more time to process and could result in another round of court battles.

President Donald Trump has already threatened legal action to prevent the counting of ballots that arrive after Election Day, which some states allow. Meanwhile, a federal judge ordered postal workers in some major cities to sweep processing facilities for any remaining ballots before the end of the day.

Minor problems occur every election, and Tuesday was no different. There were long lines and sporadic reports of polling places opening late, along with equipment issues in counties in Ohio, Texas and Georgia. This was all expected given voter enthusiasm, the decentralized nature of U.S. elections and last-minute voting changes brought on by the pandemic. There were also reports, as there are every election, of efforts to discourage people from voting that surfaced in robocalls in Michigan and Iowa. The FBI was investigating.

“We have not seen anything significant where it comes to voter intimidation or harassment. We are seeing enthusiastic partisan supporters in some places, but we are not seeing the kind of concerns that we may have had in the run-up to today,” said Suzanne Almeida, interim executive director of Common Cause Pennsylvania.

At least 101.9 million people had already voted before Election Day, about 73 percent of the nearly 139 million who cast ballots in 2016, according to data collected by The Associated Press. Given that a few states, including Texas, had already exceeded their total 2016 vote count, experts were predicting record turnout this year.

Those yet to vote headed to polling places despite another spike in COVID-19 cases that has hit much of the country. Among them were voters who may have wanted to vote by mail but waited too long to request a ballot or those who didn’t receive their ballots in time.

Kaal Ferguson, 26, planned to vote by mail but was concerned he hadn’t left enough time to send his ballot back. So he voted in person in Atlanta, despite worries he could be exposed to COVID-19 by fellow voters.

“Obviously everybody has their right to vote,” he said. “But it’s kind of scary knowing that there’s not a place just for them to vote if they’d had it, so you could easily be exposed.”

Others were likely persuaded by the president’s rhetoric attacking mail voting or simply preferred to vote in person after reports surfaced over the summer of mail delivery delays following a series of policy changes implemented by the U.S. Postal Service’s new leader, Postmaster General Louis DeJoy, a major GOP donor.

Federal Authorities Were Monitoring Voting and Any Threats

“I don’t want to see no mailman. I like to stand here, see my own people, wait in the line and do my civil duty,” said James “Sekou” Jenkins, a 68 year-old retired carpenter and mechanic who waited about 15 minutes before polls opened in West Philadelphia and voted for Democrat Joe Biden about an hour later.

“The slowdown and compromising of the U.S. Postal Service was a concern,” said Rebecca Kraft, a 41-year-old Milwaukee resident who voted in person. “So I said ‘All right, if I’m feeling healthy, I am going to go do it at the polls just to make sure.'”

Federal authorities were monitoring voting and any threats to the election from an operations center just outside Washington D.C. Officials there said no major problems had been detected.

“We’re not out of the woods yet,” said Christopher Krebs, the director of the U.S. Cybersecurity and Infrastructure Security Agency. “Today, in some sense, is half-time. There may be other events or activities or efforts to interfere and undermine confidence in the election. So I’d ask all Americans to be patient, to treat all sensational and unverified claims with skepticism, and remember technology sometimes fails and breaks.”

Misinformation About Procedures, Concerns About Confrontations and Reports of Mail Slowdowns

In the months leading up to Election Day, election officials had to deal with a pandemic that has infected more than 9 million Americans and killed more than 230,000, forcing them to make systemic changes largely on the fly and mostly without federal money. Meanwhile, Trump repeatedly sought to undermine the election with unsubstantiated claims of widespread voter fraud.

He has particularly targeted the crucial battleground state of Pennsylvania, after the U.S. Supreme Court allowed — at least for now — a three-day extension for receiving and counting absentee ballots. Over the weekend, Trump said that as soon as the polls close there on Tuesday, “We’re going in with our lawyers.”

Misinformation about election procedures, concerns about confrontations at the polls and reports of mail slowdowns also clouded the run-up to Election Day. States hammered out plans for protecting against foreign and domestic cyberattacks, countering misinformation and strengthening an election infrastructure tested by massive early voting and pandemic precautions.

Election officials across some 10,000 voting jurisdictions scrambled to purchase personal-protective equipment, find larger polling places, replace veteran poll workers who opted to sit out this year’s election due to health concerns and add temporary workers to deal with the avalanche of mail ballots.

Most states, even ones with broad mask mandates, stopped short of forcing voters to wear them at the polls. Instead, they urged voters to don masks while providing options for those who refused.