Control of Senate at Stake as Trump's Allies Face Democrats 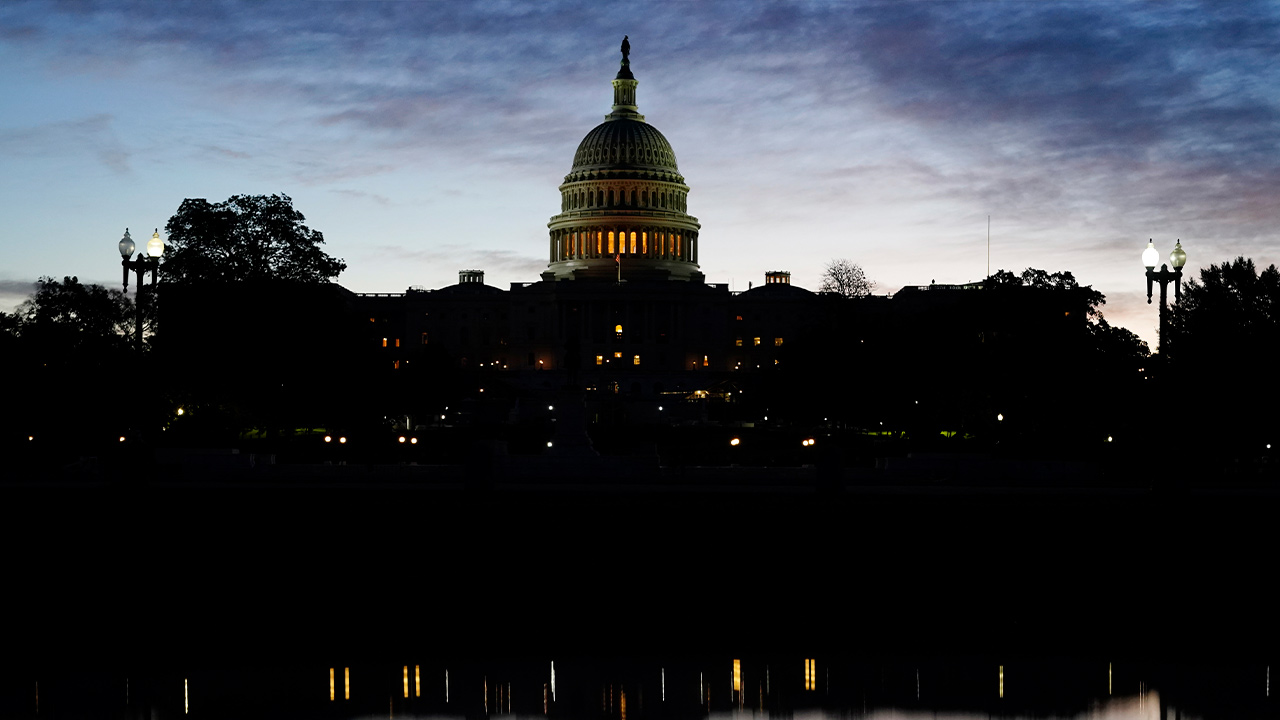 WASHINGTON — Control of the Senate is a razor-close proposition in Tuesday’s election, as Republicans fight to retain their majority against a surge of Democratic candidates confronting the president’s allies across a vast political map.

Both parties see paths to victory, and the outcome might not be known on election night.

From New England to the Deep South, the Midwest to the Mountain West, Republican senators are defending seats in states once considered long shots for Democrats. Washington’s handling of the COVID-19 crisis, the economic fallout and the nation’s uneasy mood are all on the ballot. Stunning amounts of cash have been flowing to Democrats from millions of Americans apparently voting with their pocketbooks; Republicans are tapping deep-pocketed donors to shore up GOP senators.

President Donald Trump and Democratic presidential nominee Joe Biden swooped in on key states important to the Senate as they propelled their own campaigns in a final stretch.

Securing the Senate majority will be vital for the winner of the presidency. Senators confirm administration nominees, including the Cabinet, and can propel or stall the White House agenda. With Republicans now controlling the chamber, 53-47, three or four seats will determine party control, depending on who wins the presidency because the vice president can break a tie.

McConnell said he hoped to remain the Republican majority leader alongside Trump. But he acknowledged the tough Senate races could flip control to the Democrats. “Obviously, that depends on what happens,” he said.

The campaigns are competing across an expansive Senate map as Democrats put Republicans on defense deep into Trump country.

What started as a lopsided election cycle with Republicans defending 23 Senate seats, compared with 12 for Democrats, quickly became a starker referendum on the president and his party.

Some of the nation’s most well-known senators are in the fights of their political lives.

In South Carolina, Democrat Jaime Harrison is trying to topple GOP Sen. Lindsey Graham, one of the president’s top allies.

The two crisscrossed the state in a rush of final campaigning, Graham acknowledging the tight contest after Harrison raised a whopping $100 million by October, an unheard-of sum for the state. The senator, making TV appeals for cash, said he, too, hit the $100 million mark over the weekend.

Stuck in Washington to confirm Trump’s Supreme Court nominee Amy Coney Barrett a week before Election Day, senators quickly fanned out — some alongside the president — for last-ditch tours, often socially distanced in the pandemic, to shore up votes.

GOP Sen. Thom Tillis of North Carolina joined Trump’s rally in Fayetteville on Monday as he struggled to fend off Democrat Cal Cunningham despite the married challenger’s sexting scandal with a public relations strategist.

In one of the most-watched races in the nation, Maine GOP Sen. Susan Collins made a final campaign stop in Aroostook County near her hometown, visiting workers in a sawmill. Democratic challenger Sara Gideon met voters at the Whistle Stop cafe for breakfast Monday. The Capitol is seen on the morning of Election Day, Tuesday, Nov. 3, 2020, in Washington. (AP Photo/J. Scott Applewhite)

The Maine race is one of several that could push past Election Day if no candidate breaks the 50% threshold. Collins has typically rallied support as a centrist with an independent streak, but the tight contest shows the difficulty GOP senators have appealing to Trump’s most ardent backers while also retaining support from more moderate voters.

Democrats have more than one route to secure the three or four seats needed to capture the majority, and GOP strategists privately conceded the incumbents will almost certainly suffer defeats in some key races.

Younger voters and more minorities are pushing some states toward Democrats. In Colorado, the parties have essentially stopped spending money for or against GOP Sen. Cory Gardner because it seems he is heading toward defeat by Democrat John Hickenlooper, a former governor.

Arizona could see two Democratic senators for the first time since last century if former astronaut Mark Kelly maintains his advantage over GOP Sen. Martha McSally for the seat once held by the late Republican John McCain.

Even the open seat in Kansas, which hasn’t elected a Democrat to the Senate since 1932, is being contested.

“The better President Trump does in a state, the easier it is to win any race,” said Corry Bliss, a GOP strategist.

The biggest risks to Democrats come in Alabama and Michigan.

Republicans are expecting to reclaim the seat in Alabama, where Democratic Sen. Doug Jones pulled off a rare 2017 special election win in the Trump stronghold but now wages an uphill campaign against Republican Tommy Tuberville, a former Auburn football coach.

In the presidential battleground of Michigan, Republicans have made an aggressive push for John James, a Black Republican businessman, as he rakes in cash to take on Democratic Sen. Gary Peters.

Both Biden and Trump touched down in Georgia, where the state is seeing a boost of new voters. Georgia’s two Senate seats are at stake and could very well push to a Jan. 5 runoff if no candidate reaches beyond the 50% threshold.

GOP Sen. David Perdue, the former business executive Trump calls his favorite senator, is working to fend off Democrat Jon Ossoff, another candidate who has benefited from the “green wave” of donations.

Separately, GOP Sen. Kelly Loeffler faces Republican Rep. Doug Collins, as well as Democrat Raphael Warnock, in a special election for the seat she was appointed to fill with the retirement of GOP Sen. Johnny Isakson.

It’s expected to be a long count in races across the country.

The political landscape is quickly changing from six years ago, when most of these senators last faced voters. It’s a reminder of how sharply the political climate has shifted in the Trump era.

In Montana, Republican Sen. Steve Daines is trying to brush back Democrat Steve Bullock, the governor, in a state where Trump was popular. Democrats created an opening by working hard to recruit a well-known candidate in Bullock, who also ran in the party’s primary for president.

And in Alaska, newcomer Al Gross, a doctor, has broken state fundraising records in part with viral campaign ads as he challenges GOP Sen. Dan Sullivan.

Related Topics:2020 ElectionRepublicansSenate
Up Next