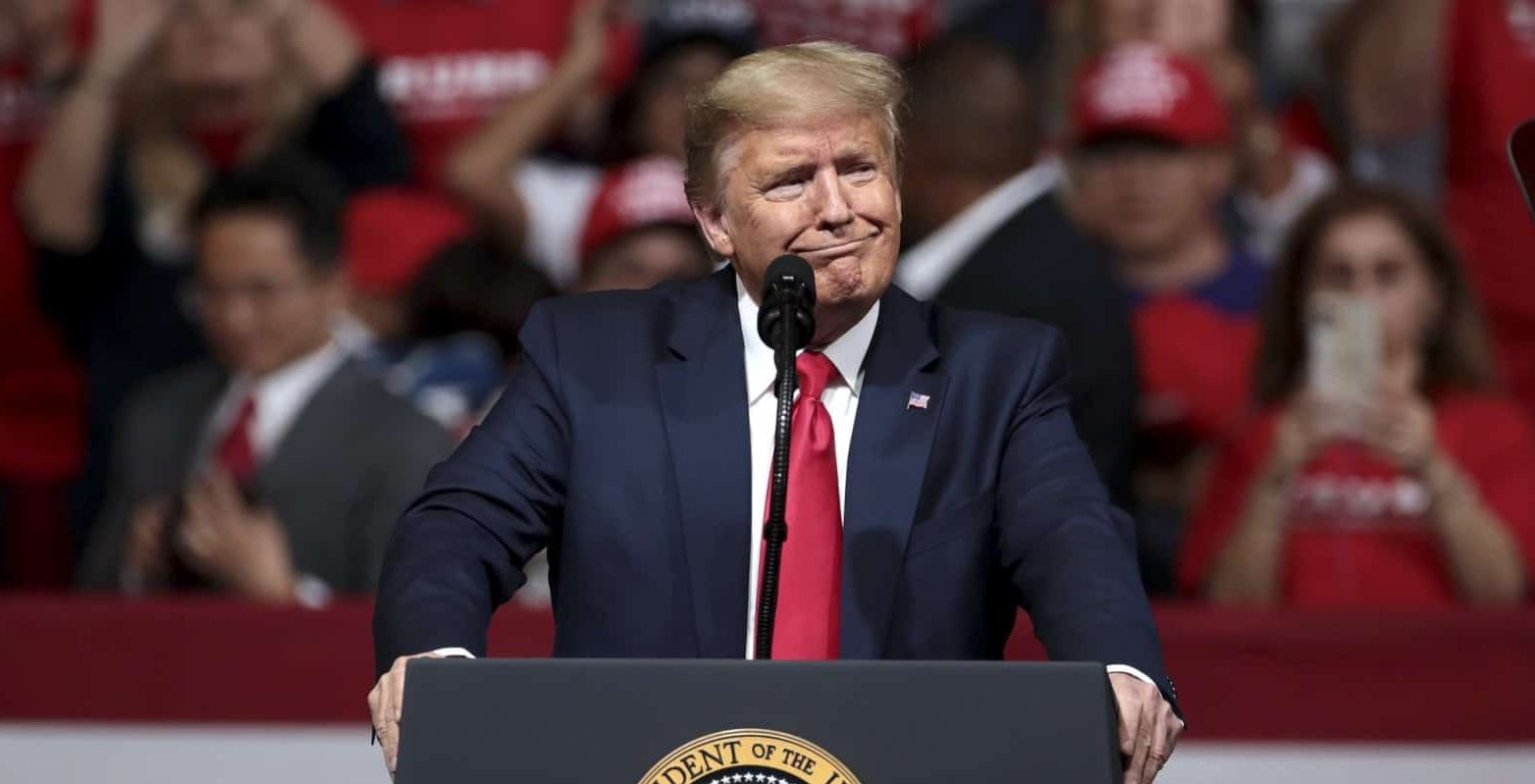 Republican political operatives aren’t accustomed to chasing down last-minute voters this close to Election Day. But, in yet another reflection of what a strange year 2020 has been, they are. And they aren’t happy about it.

According to figures collected by the electoral information firm, Political Data Inc., a surprising 54% of the 8.4 million ballots that have already been cast in California have come from registered Democrats. That’s 8 points above the party’s 46% share of the electorate.

Only 22% of mail-in ballots have come from Republicans, who make up 24% of all voters.

That’s an inversion of the historic norm, where dedicated GOP voters tend to be the first ones to cast their ballots and Democrats are the ones more likely to wait until Election Day arrives.

This is the “opposite day” election, said political consultant Matt Rexroad.

“The president, his Twitter account — his bullhorn or whatever you want to call it — Fox News, it’s all convinced Republicans that they need to vote on Election Day,” said Rexroad, who is helping to re-elect moderate Republicans like Assemblyman Jordan Cunninghan in San Luis Obispo and Tom Lackey in Antelope Valley. “I would prefer to have my votes already in the bank.”

There are three major reasons campaigns want their supporters to cast their ballots early, said Bill Wong, political consultant for Democrats in the Assembly:

“This is what Democrats always have to struggle with since we tend to vote late,” Wong said. “Now the Republicans are in that box and we’re not.”

California Republicans have been aware of the trend for weeks now.

“I hear a lot of you don’t trust the (postal service) to return your ballots…I get it,” Harmeet Dhillon, the GOP’s national committeewoman from California, pleaded with her followers on Twitter on October 17. But state Republicans “really need you to vote as soon as possible & turn in your ballot.”

Reached by phone, Dhillon said she understood Republican voters’ distrust of voting by mail. But her advice to her fellow party-members remains, “get it in already.”

At this point in the election season, Republican voters are typically outvoting their share of the electorate by some 10 percentage points, said Paul Mitchell, vice president of Political Data Inc.. Five days out, the party is underperforming by two points.

There are a number of possible explanations for the disproportionately blue shade of turnout, including high anti-Trump enthusiasm and concerns about mail delivery delays.

But the persistent messaging from the president is certainly a factor. Republican voters have grown increasingly distrustful of voting by mail in line with the president’s pronouncements, surveys have shown.

In competitive legislative and congressional races across the state, that isn’t doing Republicans any favors.

“I think it’s a very mistaken strategic move to tell your own voters that you can’t trust the easiest, simplest, most effective way to vote,” said Mitchell. “It’s a total own goal.”

Jim Nygren, a political consultant working with some of southern California’s most endangered legislative Republicans, said he’s confident that most GOP voters will vote as planned on Election Day itself.

But waiting for them all to show up is still “definitely a source of anxiety,” he said. “If someone says they’re going to pay you a $10,000 bill, you just feel better when the money is actually in the bank.”

Just a few days ago, a fire tore through Irvine temporarily chasing one of his clients, Republican Assemblymember Steven Choi, from his home.

“If something like that happens on Election Day it would have impacted the race,” Nygren said. “A lot of people aren’t going to grab their ballot on the way out the door.”

Via the Post It, CalMatters political reporter Ben Christopher shares frequent updates from the (socially distanced) 2020 campaign trail. Ben covers California politics and elections. Prior to that, he was a contributing writer for CalMatters reporting on the state’s economy and budget.

Related Topics:2020 Electionballotsvoters
Up Next

Surging COVID-19 Cases Across US Worry Fresno’s Top Doc: “I Think Our Time Is Coming”