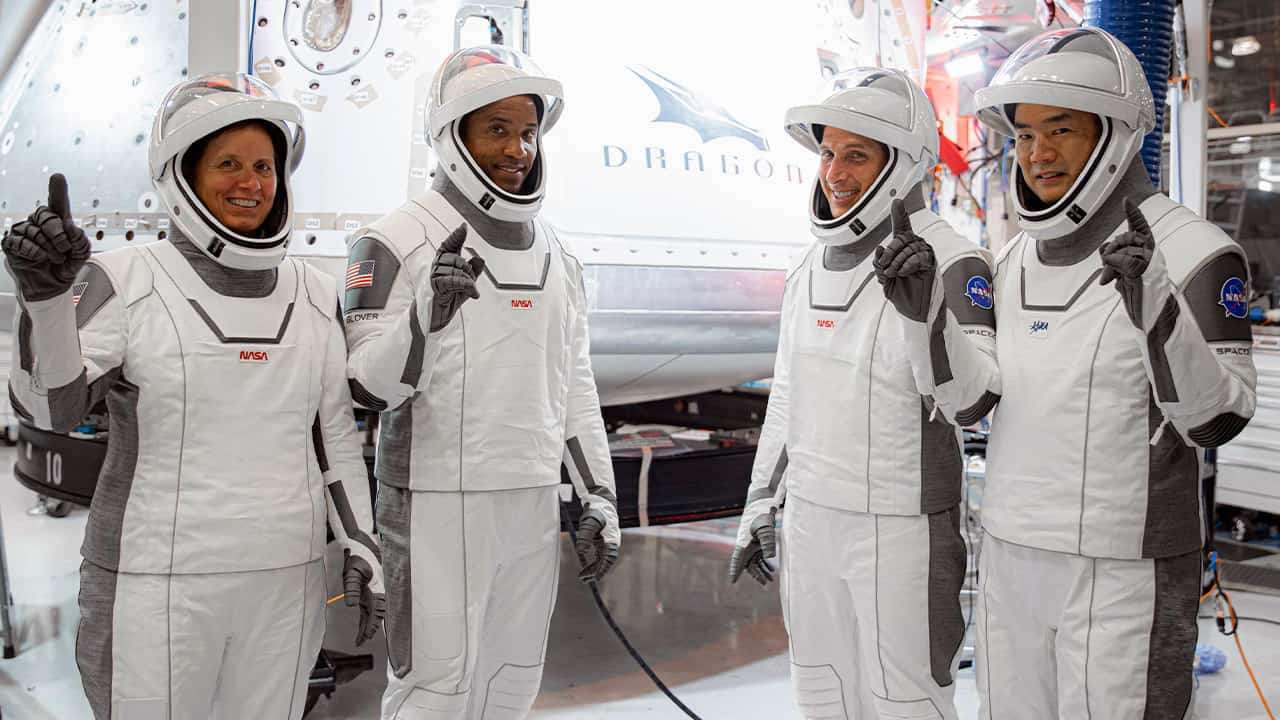 CAPE CANAVERAL, Fla. — SpaceX’s second astronaut flight is off until mid-November because red lacquer dripped into tiny vent holes in two rocket engines that now must be replaced.

SpaceX and NASA officials announced the discovery of the potentially damaging contamination Wednesday.

The clogged holes were found after the aborted launch of a GPS satellite on Oct. 2. Two of those engines were contaminated with the bright red coating, which protects engine parts during cleaning.

SpaceX later found the same problem with two of the nine booster engines on the rocket that will launch four astronauts to the International Space Station. It will be SpaceX’s second launch of astronauts for NASA after a successful test flight earlier this year.

The engine trouble prompted SpaceX and NASA to bump the launch to Nov. 14, two weeks later than planned.

SpaceX’s Next Launch for NASA — a Satellite to Monitor Sea Level Change — Is Scheduled for Nov. 10

A company vice president, Hans Koenigsmann, said new procedures are being implemented to the prevent the problem.

“The important part, I think, for us is that we caught it before anything happened,” Koenigsmann told reporters. “Really important for us that we fix it … and make sure that never happens again.”

The clogged vent holes — located in the engine gas generators — are just one-sixteenth of an inch (1.6 millimeters).

On-board computers detected the problem and halted the Oct. 2 countdown in the final few seconds. The contaminated engines could have been badly damaged if they had fired, Koenigsmann said.

The cleaning process is done by an outside company, which was not identified. The problem appears to have cropped up in just the last couple months, he noted, affecting brand new boosters but not the older ones that already have been recycled several times.

SpaceX’s next launch for NASA — a satellite to monitor sea level change — is scheduled for Nov. 10 from California following the replacement of one contaminated engine.