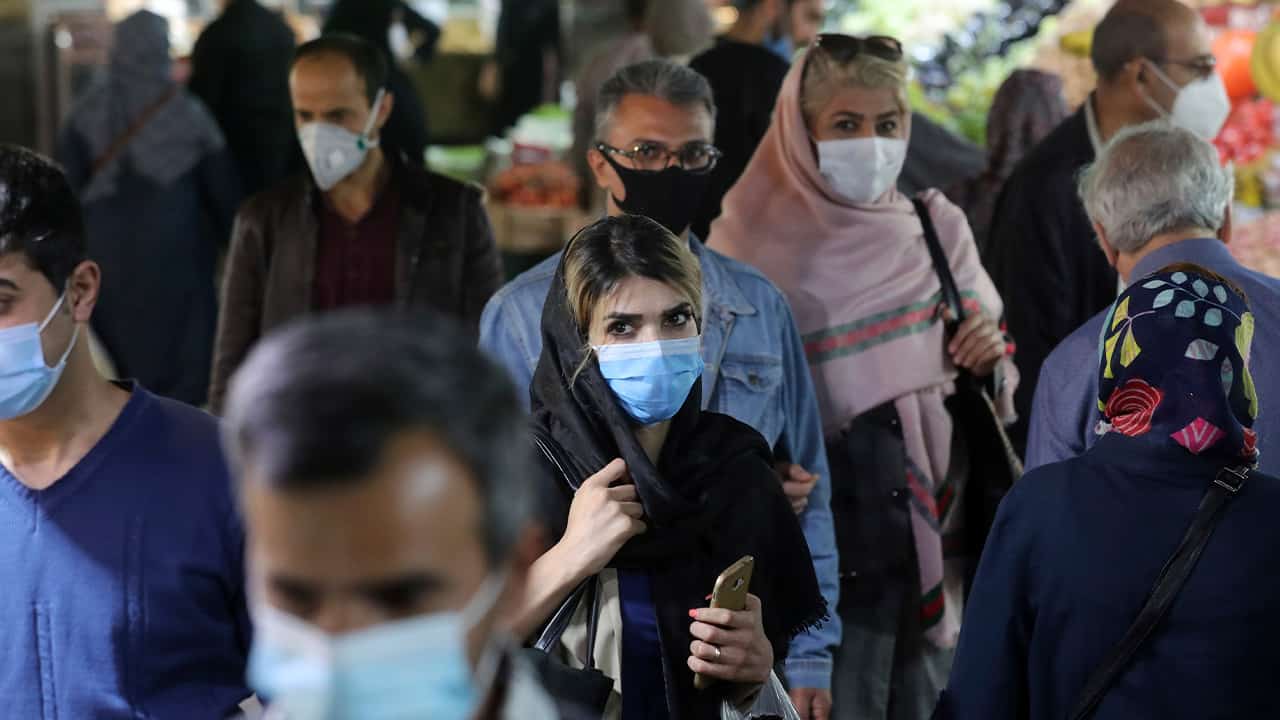 “We asked for fines to be collected from anyone who doesn’t wear a mask,” Saeed Namaki said last week, referring to the government’s new mandate for Tehran, the capital. “But go and find out how many people were fined. We said close roads, and yet how many did they close?”

Namaki’s speech, lamenting the country’s “great suffering” and “hospitals full of patients,” clearly laid the blame for the virus’ resurgence at the government’s door — a stark contrast to the usual speeches from officials who point the finger at the public’s defiance of restrictions.

But one day later, the minister had a vastly different message.

“We should not cause panic for people in vain,” Namaki said in a speech carried by the semi-official ISNA news agency. “We should never announce that we don’t have empty (hospital) beds. We do have empty beds.”

The rhetorical about-face is typical of Iranian leaders’ inconsistent response to the pandemic that many see as helping to fuel the virus’ spread. Experts say the mixed messages reflect the fact that the leadership has little room to impose severe restrictions that would damage an already fragile economy — and thus stoke public anger.

“The country is already under such pressure, and Iranians are already policed,” said Sanam Vakil, a researcher on Iran at Chatham House, a London-based policy institute. “If they can’t provide economic resources to help people, to then be overly authoritarian and enforce health measures would undermine their legitimacy even further.”

More than 32,000 people reportedly have died in what is the Middle East’s worst outbreak — and a top health official stressed recently that the true number is likely 2½ times higher.

And it shows no signs of abating. In the last week, Iran shattered its single-day death toll record twice and reported daily infection highs three times. The Government Has Resisted a Nationwide Lockdown

In a sign that tensions over the government’s haphazard response are coming to a head, even the country’s supreme leader took aim at authorities on Saturday. He demanded for the first time they prioritize public health over “the security and economic aspects” of the pandemic, without elaborating.

“When the Health Ministry determines restrictions, all agencies must observe and enforce them without taking into account other considerations,” Ayatollah Ali Khamenei declared.

For months, even as officials have issued increasingly grim warnings, the government has resisted a nationwide lockdown that would undermine an economy reeling from severe U.S. sanctions, re-imposed in 2018 after the Trump administration withdrew from the nuclear deal between Iran and world powers. Despite appeals from the United Nations and rights groups that sanctions be eased during the pandemic, America slapped new ones on Iranian banks this month.

The rial plunged to new lows against the dollar, erasing people’s life savings. Millions of workers in informal sectors face the choice between staying home to avoid the virus or feeding their families.

And Iranian authorities have given them no clear guidance. When the virus first struck in February, international experts accused Iran of covering up the crisis. The government, desperately seeking to defuse public anger and boost its legitimacy after its crackdown on nationwide economic protests and the downing of a Ukrainian passenger plane over Tehran, urged people to turn out for a parliamentary vote and to celebrate the anniversary of the 1979 Islamic Revolution.

Only in late March — with infections skyrocketing — did Iran impose a two-week shutdown of offices and nonessential businesses. Yet even then, during Nowruz, the Persian New Year and the country’s biggest holiday, Iranians defied travel bans to visit family or head to the coast. A widely watched video on Instagram at the time showed angry drivers attacking and yelling insults at police officers who tried to close the roads in northern Iran. In response, the police retreated and let them go. FILE – In this April 30, 2020 file photo, a woman wearing mask and gloves, prays at the grave of her mother who died from the new coronavirus, at a cemetery in the outskirts of the city of Babol, in northern Iran. Iranian state TV said Wednesday Oct. 7, 2020, that the country has hit its highest number of daily deaths from the coronavirus, with 239 new fatalities. Wednesday’s report quotes the spokesperson of the country’s health ministry as saying the new deaths were recorded since Tuesday. (AP Photo/Ebrahim Noroozi, File)

Rouhani Is Facing Pressure From All Sides

When the country reopened in April, infections surged again. As the nation’s death toll soared this month, authorities scrambled to impose a raft of public health measures: shutdowns of recently reopened universities and schools in Tehran, travel bans to and from five major cities, a compulsory mask rule in the capital, home to 10 million people. The deputy health minister last week promised that police would finally “start dealing more seriously with fines” for those who disobey the rules.

But the risk is that if impoverished citizens are fined for failing to wear masks, or middle-class Tehranis are barred from escaping to vacation spots on the northern Caspian coast, public outrage over Iran’s other grievances, including economic distress and international isolation, could boil over.

Angry street demonstrations already have challenged the government this year. Hard-line lawmakers have demanded that President Hassan Rouhani resign, with one of them, Mojtaba Zolnouri, who heads parliament’s influential committee for national security and foreign policy, even publicly calling for his “hanging a thousand times until people’s hearts are satisfied.”

Rouhani is facing pressure from all sides. While medical officials on state TV clamor for a prolonged and centralized shutdown, powerful clerics have called for mass gatherings to mark Shiite holidays, such as Ashoura, saying those who get sick pay the price to keep the holiday “alive.”

“Rouhani’s hands are tied domestically,” said Vakil, adding that Iran’s leadership, aware that escaping U.S. sanctions is the only way to rescue its economy, is closely watching the U.S. presidential election next month.

In the meantime, authorities are at a loss for how to respond to the pandemic, according to the country’s own health minister.

“I saw on the street three or four days ago that 40% of passengers on a bus didn’t wear masks,” said Namaki in his first speech last week. “People gather and make lines for free food and no one comes to disperse them. … How can infections be controlled in this way?”

Twenty-four hours later, he was on state TV insisting that things were, in fact, under control.