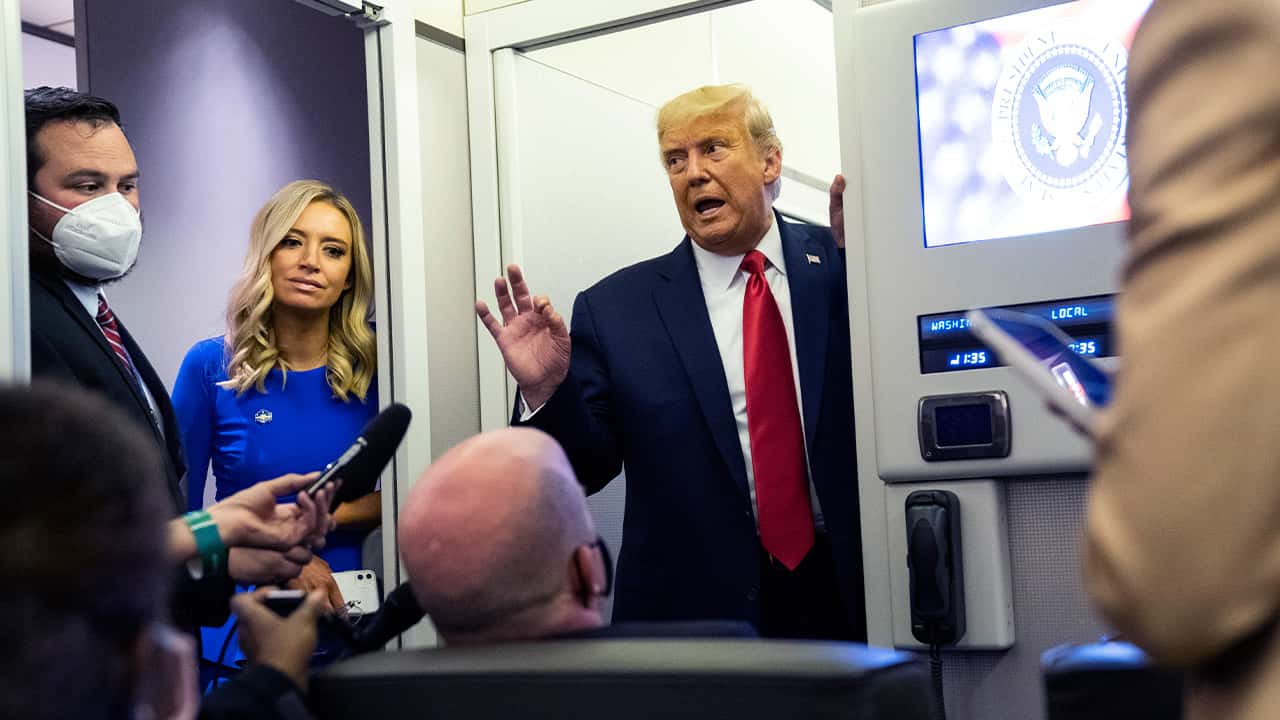 WASHINGTON — Their final debate behind them, President Donald Trump and Democrat Joe Biden are packaging their divergent personal styles and policy prescriptions into closing messages for the final sprint to Election Day.

The coronavirus was a central topic for both candidates on Friday as Trump headed to Florida and Biden prepared to address the topic in Delaware.

The night before in Nashville, the pair squared off on the pandemic, the economy, climate change and race — and the nature of presidential leadership itself.

Trump pitched himself to voters as the same disruptive candidate they elected to the White House four years ago. Biden offered himself as a more sober leader fit for a nation in crisis.

Both campaigns predictably claimed a boost from the televised showdown that drew an audience of tens of millions. But with nearly 50 million ballots already cast, it remained unclear how much the faceoff would alter the course of the campaign.

Florida is a virtual must-win for Trump, and he planned a pair of rallies there Friday before casting an early ballot Saturday in his adopted home state. His campaign was seizing on comments from Biden in the debate that he would be willing to again impose virus-related lockdowns to slow the spread of COVID-19, which has killed more than 220,000 Americans. ‘People Are Learning to Die With It’

The rivals squared off Thursday night over Trump’s handling of the virus, which killed more than 1,000 Americans on that day alone. The president rosily predicting that it will “go away;” Biden countered that the nation was headed toward “a dark winter.”

The Democratic nominee planned to reinforce that criticism with remarks Friday in Delaware on his plans to help the nation and the economy through the pandemic. Even in the closing days of the campaign, Biden has maintained a limited campaign schedule due to the pandemic, while Trump is planning to hold more frequent and larger rallies in the runup to Election Day.

Trump’s campaign was also unleashing attacks on the former vice president’s pronouncement that he is in favor of a “transition” away from oil in the U.S. in favor of renewable energy. Trump made a direct appeal to voters in energy-producing states including Texas and the key battleground of Pennsylvania, spotlighting Biden’s remark as “a big statement.”

Creek Fire: No Out of Pocket Cost for Property Cleanup Available, But There’s a Catch