SALT LAKE CITY — Family members of a Utah college student who was found strangled and burned last year following a search for her that captured the nation’s attention called the man who pleaded guilty to her murder a “monster” Friday as they confronted him before he was sentenced to life in prison without the possibility of parole.

Ajayi has acknowledged he planned the death of the 23-year-old Lueck, whom he met on a dating app and arranged to meet in a park. After they returned to his home, he bound and strangled her, then burned and hid her body while police and loved ones searched for her, authorities say.

“I’m not sure you even have anything to look forward to in the afterlife, if you believe in that,” Gregory Lueck said. “My daughter Mackenzie Lueck was a sweet, amazing young lady with the world ahead of her. She was a kindhearted person that cared about others. Now, I will not have the opportunity to see her blossom in life.”

Her cousin, Carly Stevens, said through tears: “This is a nightmare you can’t wake up from. I will never be able to forgive what happened to her. I will never forgive the monster who took her life. Never in my life have I felt anger the way I have the last 16 months. Never have I been so fearful for my life because I know how real evil is in this world.” 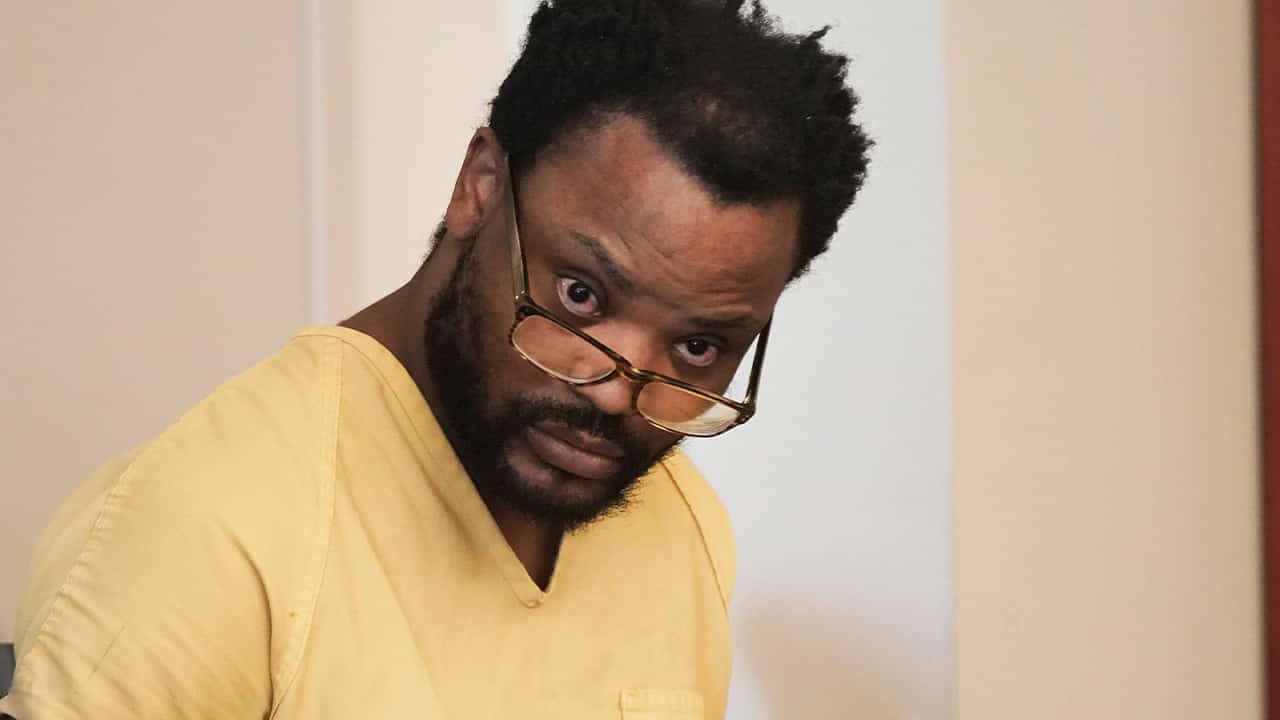 FILE – In this Dec. 20, 2019, file photo, Ayoola A. Ajayi appears in 3rd District Court in Salt Lake City. Ajayi pleaded guilty in the death of a Utah college student Wednesday, Oct. 7, 2020, more than a year after her disappearance sparked a large-scale search that ended with the discovery of her charred remains in his backyard. Ajayi is expected to be sentenced to life in prison without the possibility of parole in the death of 23-year-old Mackenzie Lueck. (Jeffrey D. Allred/The Deseret News via AP, File)

The Lueck family had not said much publicly since their daughter’s charred remains were found in the summer of 2019 in Ajayi’s backyard in Salt Lake City. Ayaji later told police he buried the rest of her body in a shallow grave in a canyon nearly 100 miles (161 kilometers) north, where she was found with her arms bound behind her.

Ajayi, 32, listened with his head down as Lueck’s parents and cousins spoke during the hearing in Salt Lake City, which was livestreamed for media to watch. When given a chance to speak, he apologized to Lueck’s parents in a short statement.

Ajayi pleaded guilty earlier this month to aggravated murder and desecration of a corpse in an agreement with prosecutors that removed the possibility of the death penalty. Prosecutors dropped charges of aggravated kidnapping and obstructing justice.

A native of Nigeria, Ajayi held a green card that allows him to legally work and live in the U.S., prosecutors have said. He was an information technology worker who had stints with high-profile companies and was briefly in the Army National Guard.

Authorities have never discussed a motive for the killing, but prosecutor Marc Mathis said at the hearing that evidence suggests that Ajayi wanted to know what it felt like to kill someone.

Ajayi Planned the Slaying Before the Meeting at the Park

“This was murder for murder’s sake,” said Mathis, of the Salt Lake District Attorney’s Office.

Lueck went missing in June 2019, after returning from a trip home to El Segundo, California, for her grandmother’s funeral. Lueck took a Lyft to meet him in a park, prosecutors have said. Her phone was turned off a minute after the last text and never turned back on.

Ajayi planned the slaying before the meeting at the park and turned off the video in his home-security system before he left to meet her, Hamilton has said. When they returned to his Salt Lake City home, Ajayi tied her up and began to choke her. She tried to stop him, after which he put a belt around her neck, pushed her onto her stomach and strangled her, the attorney said.

Lueck’s mother, Diana Lueck, remembered her daughter as a kind, loving and caring young woman who was a real “spitfire.”

Cousin Chloe Stevens said her fondest memories of her cousin come from summers when the band of cousins would play in their grandmother’s backyard pool in California. That’s where she last saw and hugged her cousin before she returned to Utah and was killed, Chloe Stevens said as she cried.

“I replay those final moments together in my head over and over, stricken with grief that I cannot somehow keep her with us just a little bit longer,” she said. “The pain of Kenzi’s loss and the permanent fracture it has left in our family is indescribable. It haunts me daily that I was not able to protect her.”