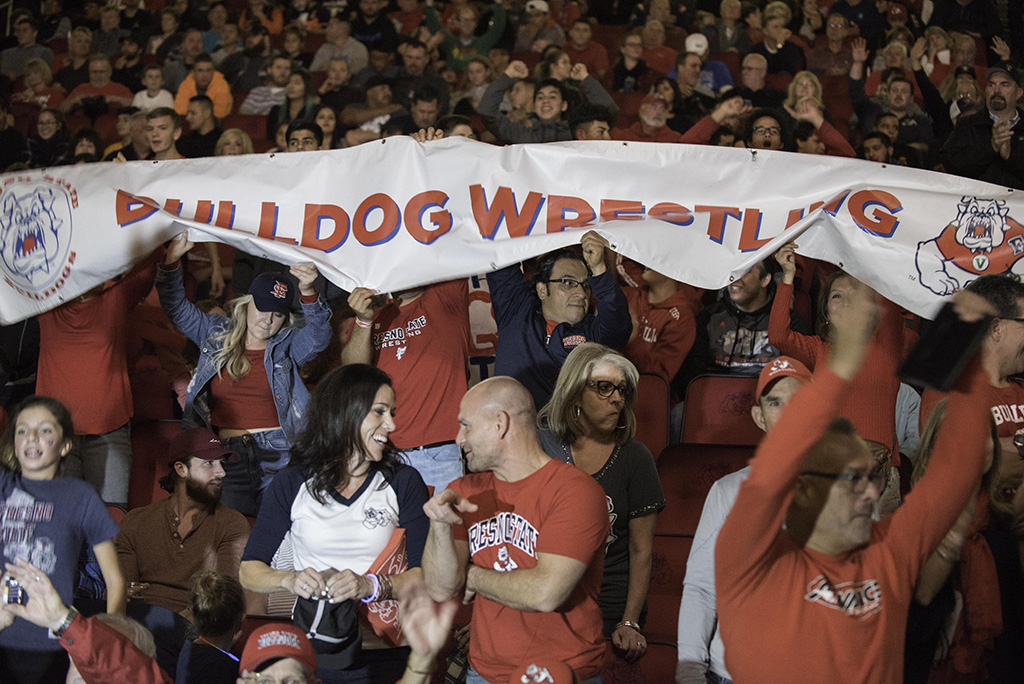 Fresno State announced Friday that three sports programs — wrestling, lacrosse, and men’s tennis — will be discontinued at the end of the 2020-21 school year because of revenue losses caused by the COVID-19 pandemic.

About 70 student-athletes will be affected by the decision.

It’s a particularly hard blow for the wresting program, which was re-established only four years ago after a decade of sustained lobbying from the wrestling community to restore the program.

The university expects that the program cuts will create $2.5 million in annual savings for Fresno State Athletics, once the scholarships, coaches contracts, and other commitments have been fulfilled.

Fresno State Athletics’ annual operating deficit had been about $2.2 million in past years, but it tripled to $6.6 million in the current fiscal year because of the impact of the pandemic on competitive seasons, including the closure of venues to fans, the university said.

President Joseph I. Castro, chancellor-select of the California State University system, grew emotional during a Friday afternoon news conference with reporters to talk about the program cuts and whether some student athletes may opt to transfer to a university that still competes in their sport.

“I know that many of the wrestlers especially are from the Valley. I feel that pain today,” Castro said, his voice breaking.

He was reminded of his promise to former Fresno County Schools Superintendent Pete Mehas that wrestling would return to Fresno State after he became Fresno State’s president.

“I know Pete would have found today very difficult because we were all so excited to bring this sport back,” Castro said. “We looked at different options and this was the most viable option for us, given the circumstances and given the magnitude of the challenge at hand.”

Cutting Some to Save The Rest

Castro and Athletic Director Terry Tumey talked about how difficult it was to reach the decision to cut the three sports programs, but to do otherwise would have jeopardized the entire athletics program.

“This is a day of true loss for Fresno State Athletics,” Tumey said somberly.

But university officials said they don’t expect to have to make further cuts and will continue to field 18 teams — 12 women’s and 6 men’s. By comparison, Stanford University announced earlier this year that 11 programs — including wrestling — were being cut because of financial difficulties created by the pandemic.

How did officials decide which teams to cut? “During our evaluation, we considered all factors including cost of the sports, history and competitive success, Title IX proportionality, availability of state and regional recruiting and competition, and the number of teams that sponsor the sport nationally,” the university said.

The wrestling program first began competing at Fresno State in 1961-62, was discontinued in 2006, and then was reinstated 10 years later.

When asked whether Fresno State would consider restoring wrestling if its supporters could raise enough money for an endowment, Tumey said the university would have needed $14.8 million to provide long-term support for the program.

But it wouldn’t stop there, Castro said. Because of the need to maintain its gender equity commitment, the university would have needed a total of about $40 million to restore and support lacrosse and men’s tennis as well as wrestling he said.

“They kind of work together in sort of a Rubik’s Cube sort of a manner,” Castro said. “We would need to do all three.”

Fans tweeted their disappointment about the university’s decision.

What a joke, dude. Up and coming program having almost immediate success gets the axe. It ain’t right.

Some posted about their pride in the wrestling program, and warned that other cuts might come because the university’s big moneymaker, football, has not produced revenues as in past years due to the pandemic.

Thank you Fresno State Wrestling for being the TRUE PRIDE of the valley. A team full of Valley kids. The wrestling team did not see this coming for those who saw the writing on the wall.