SAN FRANCISCO — The California Supreme Court on Wednesday ordered a second look at Scott Peterson’s conviction for killing his pregnant wife and unborn son, less than two months after it overturned his death penalty.

The court sent the case back to San Mateo County Superior Court to determine whether Peterson should receive a new trial, the Los Angeles Times reported. 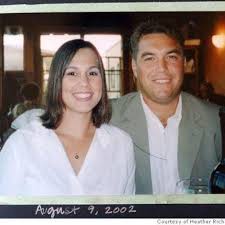 Scott Peterson was convicted in 2004 for killing his pregnant wife and unborn son. His death sentence was overturned earlier this year. (Facebook/Scott Peterson: What the Public Never Knew)

The court said a juror committed “prejudicial misconduct” by failing to disclose that she had been involved with other legal proceedings. The juror had filed a lawsuit in 2000 to obtain a restraining order after her boyfriend’s ex-girlfriend harassed her while she was pregnant, the Times said.

The juror said she feared for her unborn child.

Yet when asked as a potential juror whether she had ever been a crime victim or involved in a lawsuit, she answered no, Peterson’s attorneys told the Times.

Peterson has Maintained his Innocence

He has maintained his innocence.

Laci Peterson disappeared on Christmas Eve 2002. Her husband, who was living in Modesto, told police that he had left that morning to go fishing in Berkeley.

Prosecutors contended that Peterson dumped their bodies from his fishing boat into San Francisco Bay, where their bodies washed ashore nearly four months later. They were found a few miles from where Peterson had said he was fishing.

Investigators chased nearly 10,000 tips and considered parolees and convicted sex offenders as possible suspects. Peterson was eventually arrested after Amber Frey, a massage therapist living in Fresno, told police that they had begun dating a month before his wife’s death, but that he had told her his wife was dead.

The court said potential jurors were improperly dismissed after saying they personally disagreed with the death penalty but would be willing to follow the law and impose it.