'West Wing' Reunites Cast With a Mission: Get Out the Vote 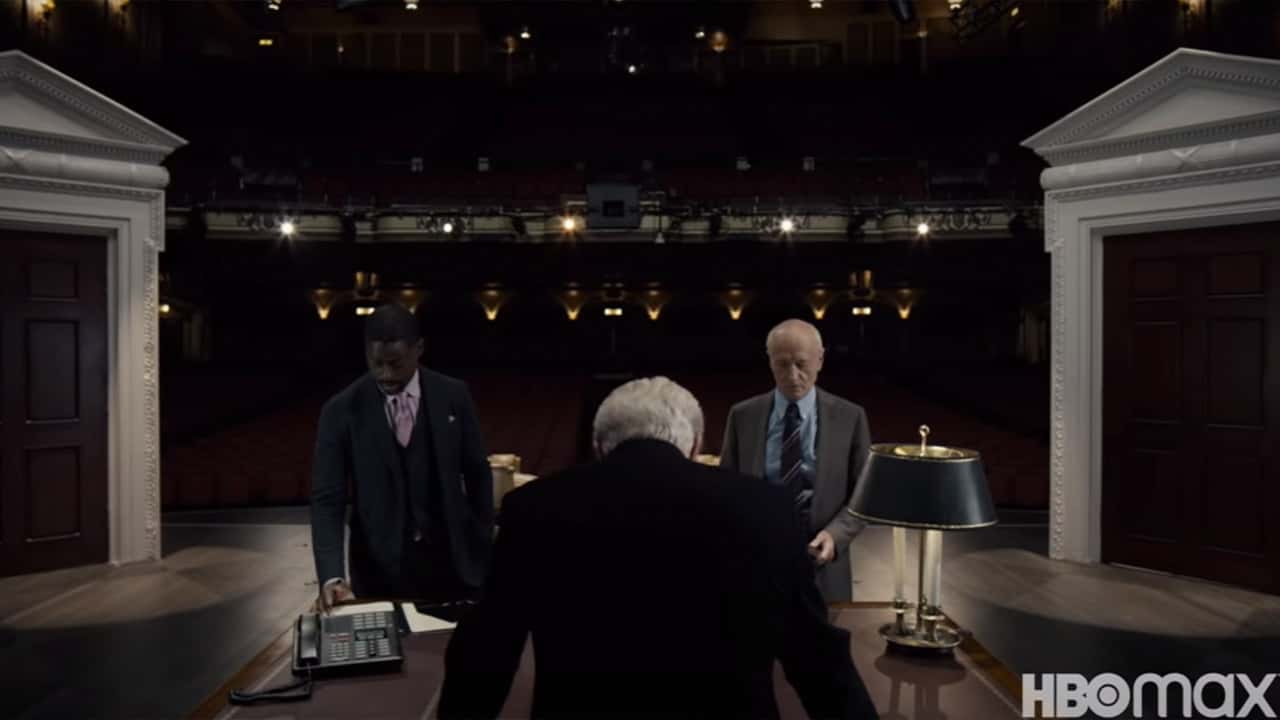 LOS ANGELES — While “The West Wing” creator Aaron Sorkin was gratified to bring an episode of the drama series to life on the stage, he’d rather discuss the bigger return he wants to see.

“We’re just trying to push fans of ‘The West Wing’ to the polls,” Sorkin said. The re-enacted “Hartsfield’s Landing,” from season three of the acclaimed White House saga, is the centerpiece of a HBO Max voting special debuting Thursday.

The story “ends up being kind of an ode to voting,” Sorkin said.

That dovetails with the special’s goal of spotlighting When We All Vote, a non-profit group created to increase election participation. Its co-chairs include former first lady Michelle Obama, who will be heard from during intermissions. Former President Bill Clinton, Lin-Manuel Miranda, Samuel L. Jackson and others will also take part.

Sorkin said he realizes that the participation of top Democrats could make some viewers leery of what may seem to them a “left-leaning gesture.” But he insists that the intent isn’t to proselytize in service of any candidate.

“We are sincerely just asking people to vote. And that’s what When We All Vote is. Yes, one of its founders is Michelle Obama. But it is a nonpartisan organization,” Sorkin said. “At no point during this special will you hear the words ‘Joe Biden,’ ‘Donald Trump,’ ‘Democrat’ or ‘Republican.’”

He ruefully concedes that today’s polarized environment may have thinned the ranks of those who appreciated the show’s respect for public service and its stories and characters — even if those characters’ politics differed from their own.

Casey Patterson, an executive producer for the special, said its only agenda is to inspire, and “there are no villains.”

TNT Is Offering an Alternative: Friday Marathons of Election-Themed Episodes Leading up to Nov. 3

Asked if “West Wing’” buffs really need a push to vote, the Oscar-winning Sorkin (“The Social Network”) cites the lesson of Dr. Seuss’ “Horton Hears a Who!”: Every person counts, whether in Whoville or an election.

Cast members reunited for the taping at a Los Angeles theater last month, with coronavirus precautions in place. Allison Janney, Dulé Hill and Janel Moloney also reprise their roles from the Emmy-winning series that aired on NBC from 1999-2006.

“We were able to have the actors sort of fall right back into place of their characters. They were incredibly game for it,” director Thomas Schlamme said.

Sterling K. Brown of “This Is Us” stepped in for the late John Spencer as chief of staff Leo McGarry and was “incredibly generous with his time,” Sorkin said.

Spencer was “a profoundly beloved and respected member of the company,” he said. “We wanted someone we thought that John would admire and (is) obviously a great actor.”

The staged episode is in the style of the classic series “Playhouse 90,” done as a teleplay with commercial breaks — in this case, with pitches for the electoral process, not merchandise.

Since the pandemic-forced shutdown of film and TV production in March, idled celebrities have been popping up regularly in virtual reunion specials, whether for charitable causes, to stoke voter engagement or just for fun. Among them: stars from shows and movies including “Parks and Recreation,” “Veep,” “The Fresh Prince of Bel-Air,” “The Princess Bride” and “The Lord of the Rings.”

For “West Wing” fans without a HBO Max subscription, TNT is offering an alternative: Friday marathons of election-themed episodes leading up to Nov. 3.

Related Topics:2020 ElectionHBOWest Wing
Up Next

76 Arrests as Fans, Some Rowdy, Cheer Lakers Win in LA