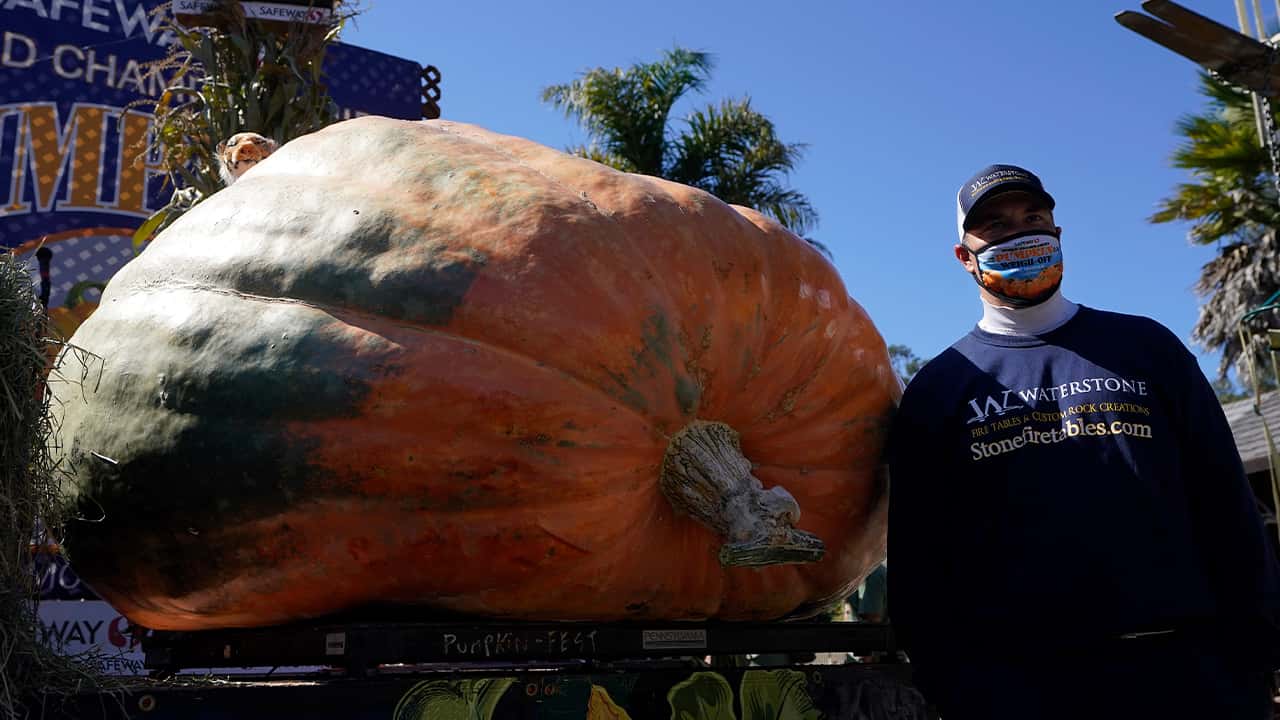 HALF MOON BAY — Being cooped up at home due to the pandemic paid handsomely for a Minnesota horticulture teacher who used the extra time to constantly water and feed a massive pumpkin that won this year’s Half Moon Bay pumpkin contest.

Travis Gienger, of Anoka, Minnesota, spent a lot of his free time in the pumpkin patch in his backyard, watering his plants up to 10 times a day and feeding and fertilizing them at least twice each day.

Gienger, 40, then drove his gargantuan gourd for 35 hours to see his hard work pay off at the 47th World Championship Pumpkin Weigh-Off in Half Moon Bay, south of San Francisco, where his winner came in at 2,350 pounds (1,066 kilograms).

“It was nerve-wracking because with every bump on the road I kept thinking, ‘is it going to make it?'” And then finally it got weighed, it was the last one, and oh, my gosh, it’s been incredible!” Gienger said.

Gienger, a landscape and horticulture teacher at Anoka Technical College, has been growing pumpkins since he was a teenager, inspired by his father who also grew them. It was his first time competing at the Half Moon Bay weigh-off but he’s not sure he’ll be back next year.

“I might need a year off from the work and the nerves and everything,” he said, laughing.

The first-time pumpkin champ won $16,450, or $7 per pound, for the lumpy, orange pumpkin that will be showcased during a parade through Half Moon Bay later Monday.

Gienger’s pumpkin was the second-heaviest ever weighed at the 40-year-old California event, but it was still far from a U.S. record. That was set in 2018 when a grower in New Hampshire produced a pumpkin weighing more than 2,500 pounds (1,134 kilograms).

The record for the heaviest pumpkin in the world was set in 2016 at the Giant Pumpkin European Championship in Ludwigsburg, Germany. A Belgium grower’s winning whopper came in at just over 2,600 pounds (1,179 kilograms).