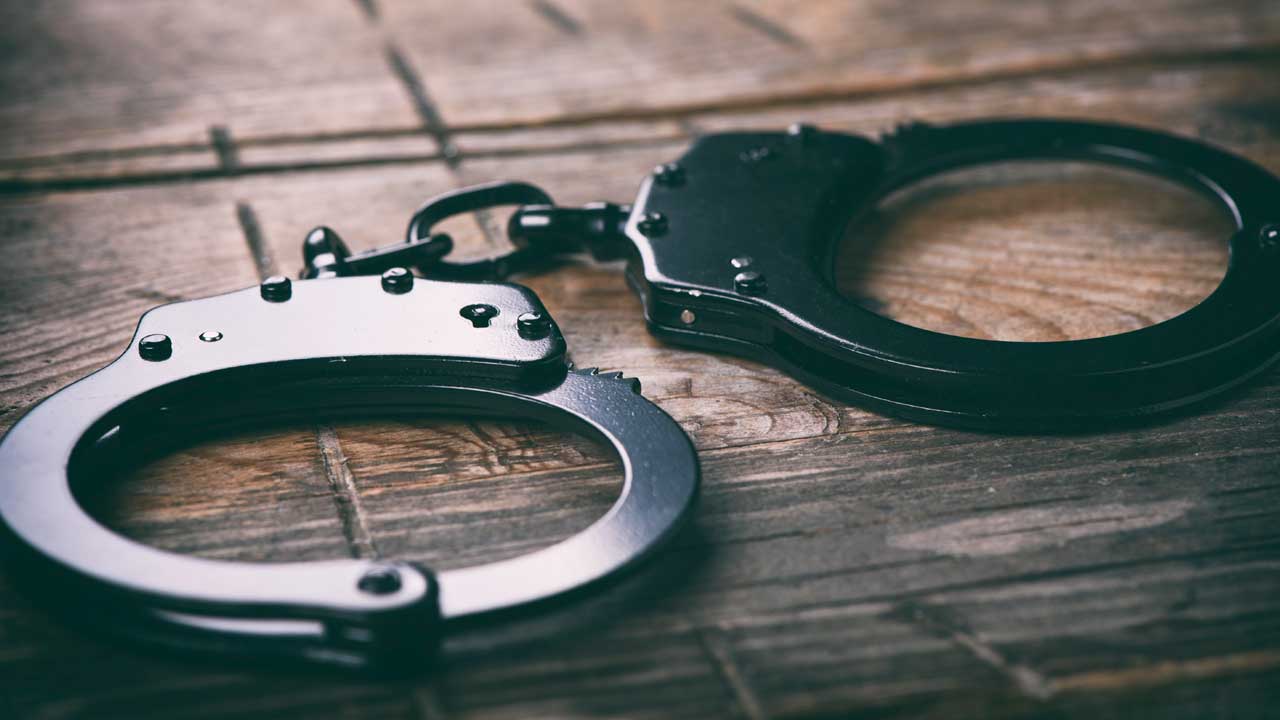 The suspect, Joshua Right, was pulled over near Santa Fe and Palm avenues at around 2 a.m. for an expired registration on the motorcycle he was riding, the release said. After learning Right was on parole for a previous robbery conviction, Deputy Tyler Phillips attempted to detain and handcuff him to conduct a further investigation.

Deputy, Suspect Struggle on the Ground

Right broke away and began to run but was tackled by the Phillips, “resulting in a wrestling match on the ground” the release said. Right then “began reaching for his waistband and refused to release his hands.” After Phillips struck him in the head in an effort to gain compliance, Right got to his feet and ran again before Phillips chased him down again and took him into custody, the release said. A search of the area after Right’s arrest turned up a loaded, unregistered 9mm pistol, along with an extra loaded magazine. Deputies say the suspect threw the gun and magazine into a bush while running away.

Right is in the Fresno County Jail facing charges including being a felon in possession of a firearm and ammunition. His bail is set at $75,000.

Fresno County Remains in ‘Red’ Tier Despite Fear of Backsliding