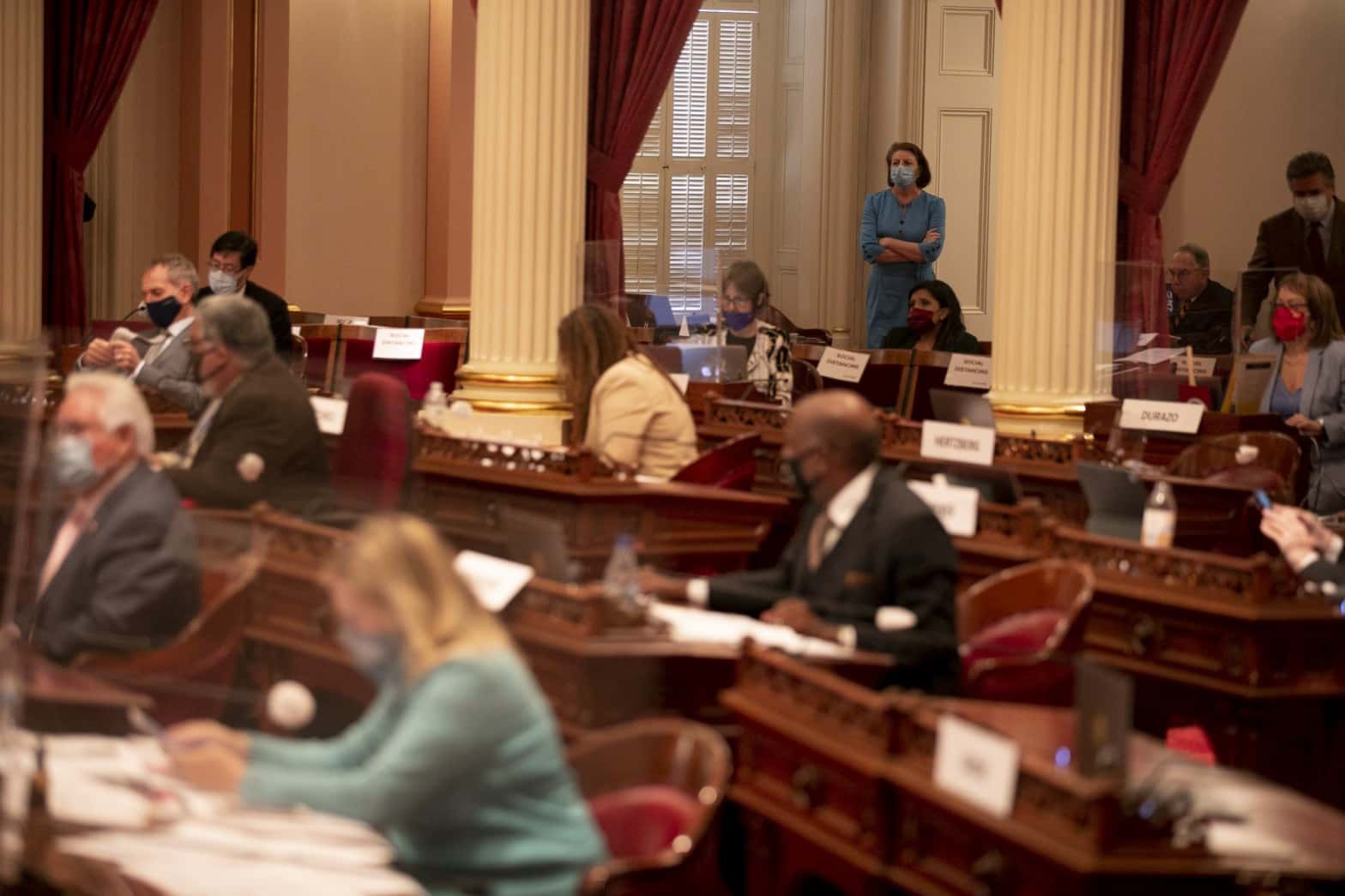 A reader has asked us a question about a lesser-known provision buried in one of the year’s most controversial ballot measures:

Hey @FromBenC & @CalMatters – was hoping you could answer a #prop22 Q. Is there precedent for rqring 7/8th vote from legis for “consistent” changes and another initiative for inconsistent changes? Seems like this leg’v change is a pseudo-const’l change, but idk if this is normal

If you haven’t already been blitzed with a dozen ads about it since you woke up today, Prop. 22 is the massively funded measure pushed by the likes of Uber and Lyft. It would exempt them from a state labor law requiring them to treat their drivers as employees rather than independent contractors.

At the bottom of the initiative’s text, there’s a proviso wrapped in a lot of legalese:

After the effective date of this chapter, the Legislature may amend this chapter by a statute passed in each house of the Legislature by rollcall vote entered into the journal, seven-eighths of the membership concurring, provided that the statute is consistent with, and furthers the purpose of, this chapter.

Translated: If Prop. 22 passes, state lawmakers can only come back and change it if…

Geoff Vetter, a spokesperson for the Yes on 22 campaign, emailed that the high threshold ensures that “the legislature couldn’t completely undo the new law, but that there’s also flexibility in place to make tweaks in the future if that becomes necessary.”

It’s not at all unusual for ballot-measure writers to force state legislators to jump through hoops before they can monkey with the text of a voter-approved law. Many measures don’t allow legislative input at all.

The exception to that rule: If crafters of the initiative explicitly say otherwise.

No surprise, many ballot measures do not say otherwise. Compared to that default, Prop. 22’s high bar for amendments actually gives the Legislature more influence than the norm.

Why allow legislative editing at all?

Mary-Beth Moylan, a professor at McGeorge School of Law in Sacramento: “Sophisticated proponents appreciate that they may not be thinking of everything…They don’t want to go back through the process either. It’s really expensive.”

A seven-eighths requirement would be an even steeper climb.

Inside the California Capitol, those types of margins are typically reserved for legislation that renames highways or protects puppies and kittens from being euthanized.

“I’ve looked at a lot of ballot measures over the years,” said Moylan, adding that a two-thirds majority is common.

But a seven-eighths “super, super, super-duper majority,” she said, “is new as far as I’m aware.”

Ben covers California politics and elections. Prior to that, he was a contributing writer for CalMatters reporting on the state’s economy and budget. Based out of the San Francisco Bay Area, he has written for San Francisco magazine, California magazine, the San Francisco Chronicle, and Priceonomics. Ben also has a past life as an aspiring beancounter: He has worked as a summer associate at the Congressional Budget Office and has a Master’s in Public Policy from the University of California, Berkeley.

Related Topics:2020 Electionballot
Up Next

‘Totally Inadequate’: Most Californians in Wildfire-Prone Counties Aren’t Signed up for Emergency Alerts