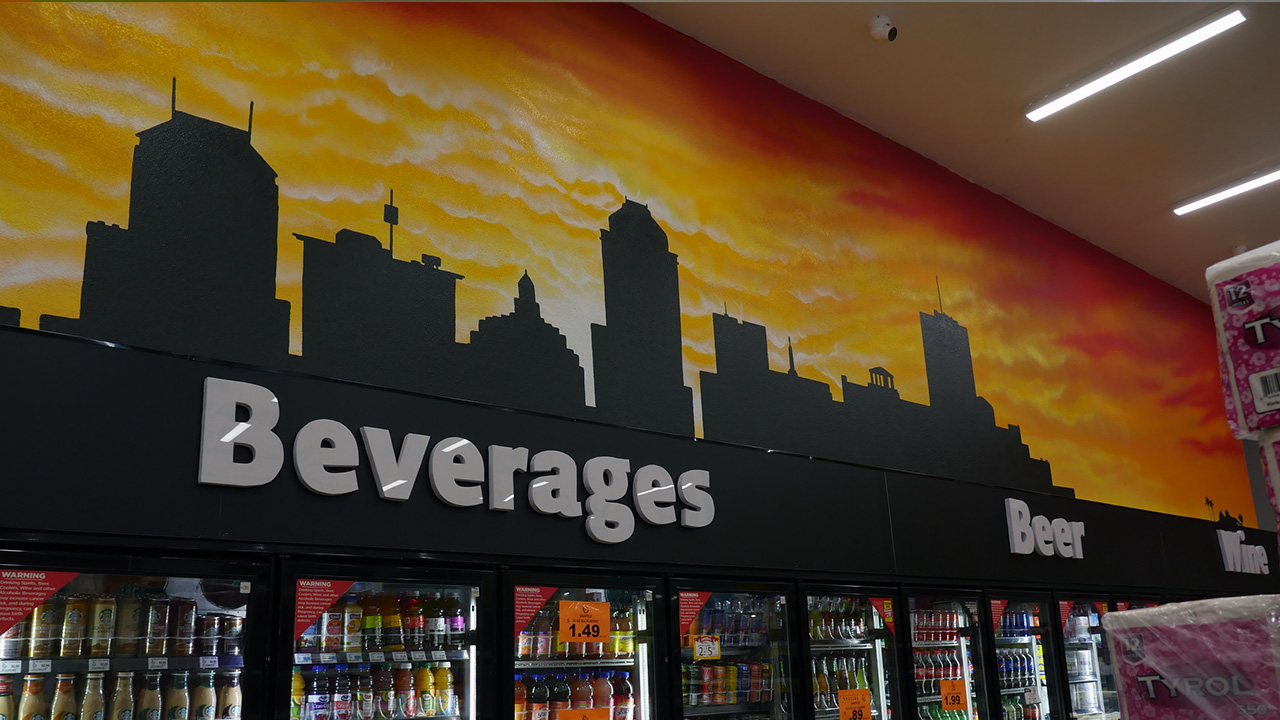 Mansoor Mohamed is very proud of the new grocery store he recently opened in downtown Fresno, but it wouldn’t have been possible if he couldn’t sell beer.

“People would just go somewhere else where they could buy their beer,” says Mohamed to GV Wire℠ over the phone.

At issue is a new effort by the Fresno City Council to reduce the number of beer, wine and liquor merchants. The Responsible Neighborhood Market Act would be the method. Supporters say it will clean up blight and improve neighborhoods. A prospective alcohol licensee would have to acquire one or more existing Type 20 or Type 21 licenses in order to open a new retail store or expand a current one.

However, there are concerns it could drive up the cost of a alcohol license so high that small independent grocery stores like Mohamed’s would be priced out of the market altogether. A group concerned about the new rules has created the website SaveOurMarkets to draw attention to the issue. (GV Wire publisher Darius Assemi is a member of business coalition behind the website.)

Industry consultant Michael Brewer estimates a Type 21 license currently can be sold for $55,000 on the open market. But, restricting the purchase of existing licenses to just Fresno is likely to drive the price up even more, Brewer said. He said that could make opening a store in a less restrictive community like Clovis less expensive — and more attractive.

The high cost of a license might actually work to benefit existing license holders, some of which Councilman Miguel Arias calls the worst offenders in his district, critics say. 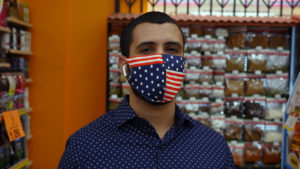 “People would just go somewhere else where they could buy their beer.”–Mansoor Mohamed, Valley Food General Manager

After about 5 years of planning, Mohamed was able to open Valley Food grocery store at the corner of Van Ness and Divisadero in downtown Fresno.

“We had some issues here and there, and then the COVID situation hit,” says Mohamed. “We were planning on opening in April, but we ended up delaying it.”

Mohamed was able to open the store a few weeks ago and hopes the store provides a one stop shop for people so they don’t have to go to big box stores to get everything they need.

When GV Wire℠ asked him if he would have opened without being able to sell beer he provided a quick answer. “Without beer? No,” says Mohamed. “Without liquor, maybe.”

Mohamed says if some of the potential pricing for alcohol licenses reaches levels that could approach $300,000 (the cost for the license, and having to buy another to retire it) he wouldn’t have been able to afford it.

“They (the city) should have another option. Maybe limit what I can sell. Maybe not single beers or malts,” explains Mohamed. “We don’t sell anything below a 3-pack of anything.” Mohamed thinks this would help alleviate some of the issues surrounding establishments that may be attracting a problem clientele.

Land use consultant Nick Yovino Jr. has been following the city’s actions closely.

“I agree with what the city’s doing, and I’m proud that our our leaders are taking this up. I mean, this is the right fight to to protect our community,” says Yovino to GV Wire℠ by Zoom. “I just want it to be done in the right way. Well thought out and understood so that it lasts forever.”

Yovino worries the unintended consequences of what the council is doing now will have an adverse affect on trying to attract small grocery stores to the food deserts of Fresno.

“They’re estimating the price of a liquor license now will range from $150,000 and up to get the license if you have the transfer and surrender policy in place,” explains Yovino. He says a business of 10,000 square feet or less would have to buy two licenses (retiring one of them) which would cost $300,000.

“So if you’re trying to encourage the healthy model of stores that sell perishable foods, milk, eggs, meat, you know, stuff that you take home and cook, yeah, it’s going to be harder for for the new places to come in,” explains Yovino.

He also worries this plan could actually insulate the bad businesses and entice them to keep their liquor licenses. “In my opinion, the ordinance needs to be written in a way that will encourage these new places to come in and replace the old model that we have now that has not served our city well,” said Yovino.

He believes there’s an option that’s worked well for other cities like Oakland and Vallejo, something called a “deemed approved ordinance.” “Deemed approved” literally refers to the businesses which are already legally operating at the time a new ordinance regulating local alcohol sales is adopted.  In particular, deemed approved ordinances are intended to give cities more enforcement tools against grandfathered businesses, including the ability to “revoke” a business’s right to exist.

“In one year the city of Vallejo reduced their calls for service from 2,500 to 1,100 by using their deemed approved ordinance,” says Yovino Jr. “They were able to target the individual operators that were causing the majority of the problem.”

Arias says the city has a policy in place for businesses wanting to open in impoverished areas of town that waives all development impact fees.

So, if a small ‘mom and pop’ type of grocery store wanted to open in southwest Fresno for example, “The waiving of those development fees would offset the cost of what they’ll spend on an alcohol license,” says Arias.

Additionally, Arias believes the annual inspection program that would be included in the new plan moving forward would find many violations at some locations that could add up to thousands and thousands of dollars. He believes the business owners not abiding by community standards would eventually decide to close and sell their license.

Arias told GV Wire℠ in June one of the “worst” liquor stores in his district is Wayne’s Liquor.

As of October 9th, the Fresno Police Department says there have been 129 ‘events’ at Wayne’s Liquor store on California Ave. since January 1. “Most of the calls are suspicious subjects in the parking lot,” says Sgt. Jeff LaBlue. Some of the calls are referred to as events because many times the business itself doesn’t actually call the police.

67 of the events were generated by officers driving by and witnessing the suspicious activity themselves. 9 of them were calls for weapons disturbances. 2 were for illegal gambling.

GV Wire℠ called the most recent number the police department has on file for Wayne’s Liquor but it was disconnected.

In June of this year, the Fresno City Attorney’s office provided GV Wire℠ this list of complaints about Wayne’s Liquor going back to Jan. 1, 2019. (The city attorney’s office says that a case is closed when the business is in compliance) 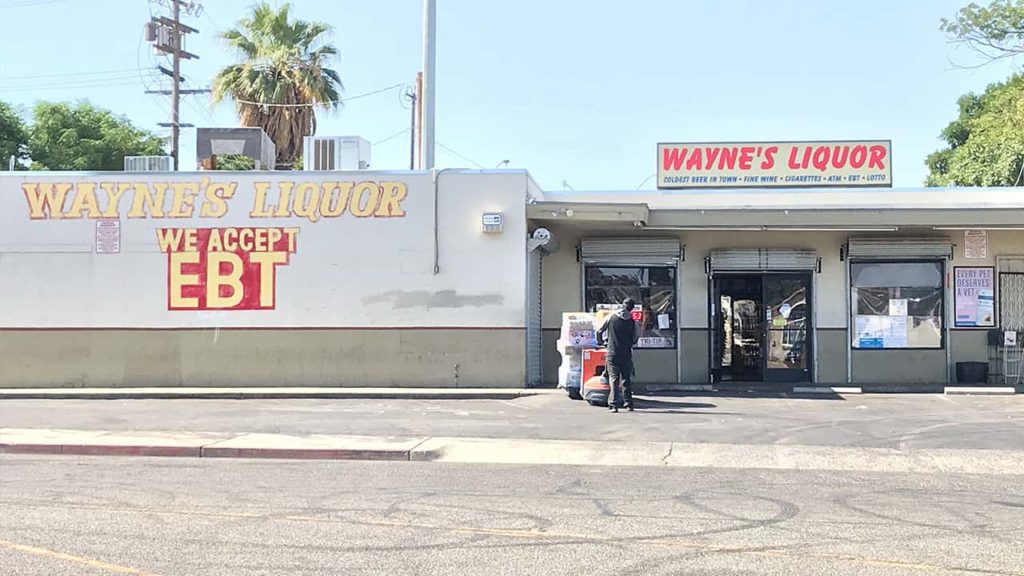 Police say they’ve had 24 service calls at Parkway Liquor on Parkway Drive since January. Several of them were for medical calls involving assault victims. Others were for robbery, domestic violence, and verbal assaults.

“Parkway Liquor is also one of those places that have had the highest calls for service,” says Arias. “It’s also a known meeting location for all the pimps on Motel Drive. That’s where the sex workers get deployed from.”

When GV Wire℠ contacted Parkway Liquor in June, a man answered the phone and said, ” “We don’t have to work with the city. We have no problems at all.” He hung up before giving his name or title.

The city attorney’s office provided this list of complaints about Parkway Liquor dating to Jan. 1, 2019. 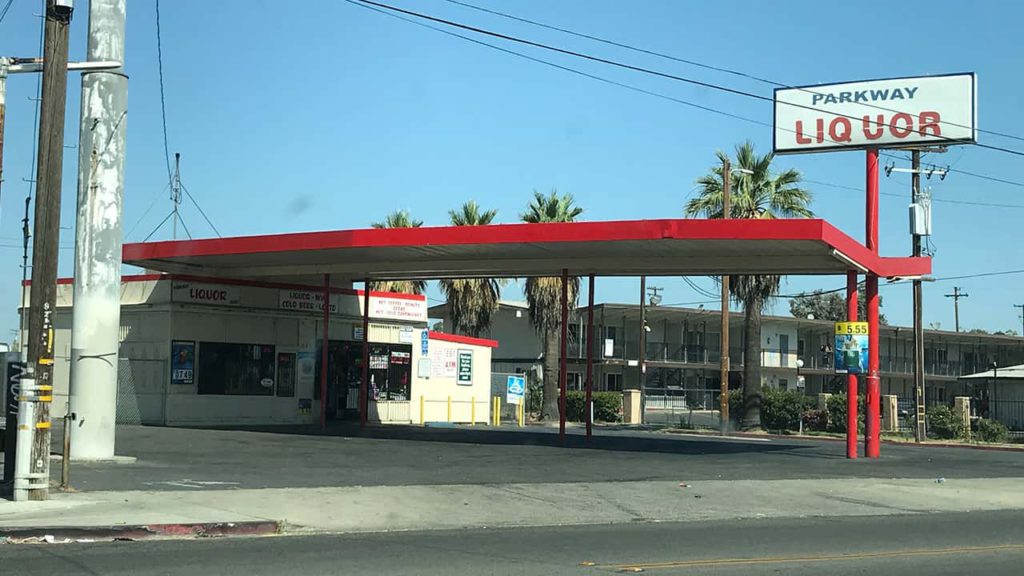 City of Baltimore Chose to Rezone

The city of Baltimore chose a more dramatic approach to rezone neighborhoods and eliminate licenses altogether.

Discussions about removing problem liquor stores from areas of Baltimore began in 2012, much to the chagrin of liquor store owners. WJZ reports at the time, the Korean American Grocer’s Association called the zoning proposal unfair. They said their members had done a lot to give back to Baltimore.

The city council ultimately passed what was called, TransForm Baltimore.

In the wake of the new zoning law, the UNC Gillings School of Public Health wrote that new research from the University of North Carolina at Chapel Hill and Johns Hopkins University shows that closing 80 of these liquor stores could prevent 22 homicides and save $27.5 million each year.