Who Opposes Fresno Resolution Supporting Armenia? This Country Does. 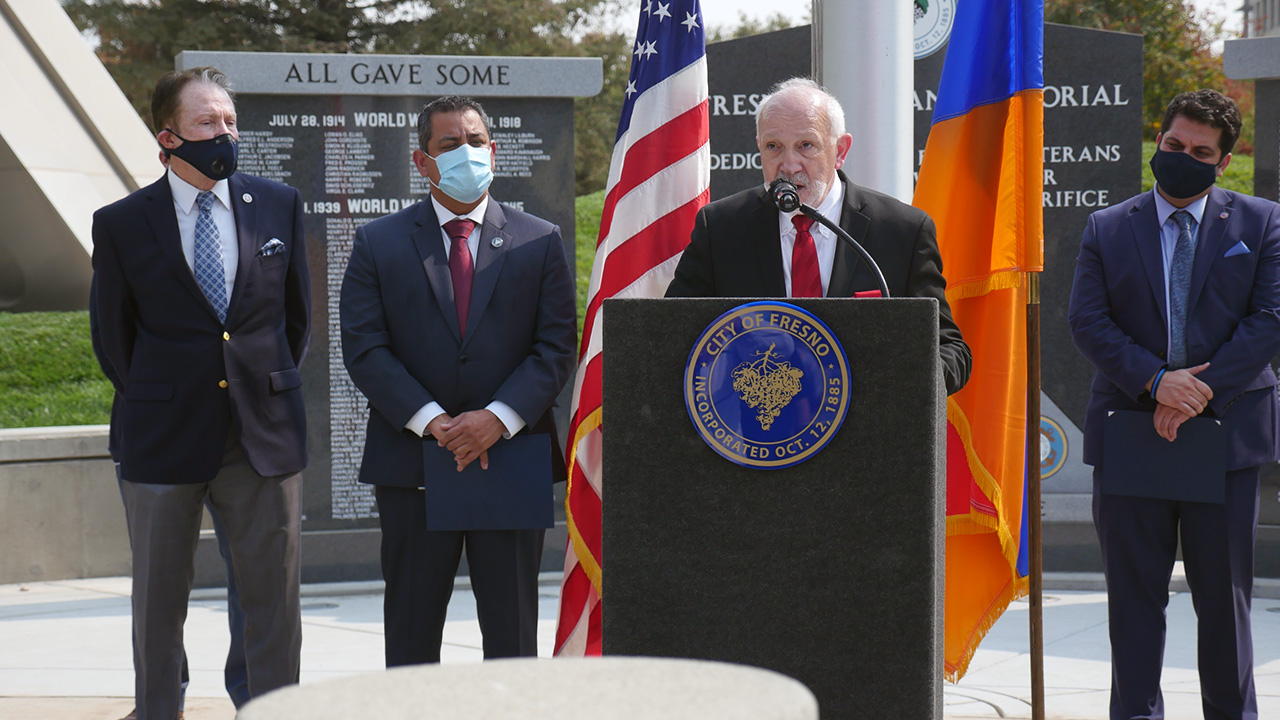 While the city of Fresno celebrated its relationship with Armenia by raising the country’s flag at a City Hall ceremony Wednesday, not everyone is happy.

The government of Azerbaijan is criticizing the Fresno City Council for considering a resolution supporting Armenia and condemning recent attacks over the Nagorno-Karabakh region, also known as Artsakh.

Secretary of State Mike Pompeo and other world leaders have called for a cease fire.

“Has Fresno City Council solved all of Fresno’s problems to have time now to engage in foreign policy? I am sure they would have a hard time even finding Azerbaijan on the map let alone fully understand the nuances of the conflict,” Los Angeles-based Azerbaijan Consul General Nasimi Aghayev said in a written response to Politics 101.

While many have framed the recent skirmish in Artsakh as Azerbaijani aggression backed by Turkey, Aghayev has a different view.

“Here are some facts: Fresno City Council’s beloved Armenia has murdered Azerbaijani children, women and elderly, 30 of them, just within the last two weeks of aggression and wounded 150 civilians, destroying Azerbaijani cities and towns with missiles, including cluster bombs, and artillery fires. Their beloved Armenia has invaded, occupied and ethnically cleansed 20 percent of Azerbaijan’s sovereign territory, expelling 800,000 Azerbaijanis from their homes and lands, who remain displaced due to the ongoing occupation. This occupation was condemned by US, UN and all international community,” Aghayve said. 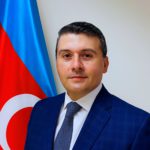 “Has Fresno City Council solved all of Fresno’s problems to have time now to engage in foreign policy? I am sure they would have a hard time even finding Azerbaijan on the map.” — Azerbaijan Consul General Nasimi Aghayev

Aghayev has his theories why Fresno is pro-Armenia.

“Would Fresno City Councilmembers care about all these,” he wrote, “about the ongoing plight of 800,000 Azerbaijani civilians, their basic human rights, international law? Apparently, NO Because it’s the Armenian lobby in Fresno who make large campaign contributions to Fresno politicians, not Azerbaijanis. So the politicians can afford to turn a blind eye to the suffering of Azerbaijani people. Shame!”

Aghayev offered no evidence to support his claim that the resolution, sponsored by council president Miguel Arias, was influenced by campaign donations.

“Leaders that are charged with military weapons are responsible for not killing innocent civilians,” Arias said in response to the charge. “Those who choose to ignore their responsibility and distract from their role in killing the innocent can eat my shorts.”

In addition to the Armenian resolution, the council will resume budget hearings on Monday. Because of the COVID-19 pandemic, Mayor Lee Brand requested the council extend last year’s budget through the first quarter of Fiscal Year 2021. The council agreed.

“The doom and gloom projections for this fiscal year of $11 million dollars in a deficit didn’t realize. We are actually going to be in the black, which means that we’ll have more money than we expected and that we don’t have to consider any layoffs or major cuts for this fiscal year, which puts us in a great position for next year,” Arias said.

The revised budget document projects a 5% increase in property tax revenues per year for the next four years.

The budget projects a 4.5% drop in sales tax revenue for FY 2021, but will eventually rebound by the second half of the year, eventually growing 5% in 2025.

General fund spending is projected to be at $404 million, a $41 million increase from last year, mainly because of the CARES Act.

Public safety, as usual, will consume the majority of general fund spending. Police will account for 51.9% ($196 million) and fire at 19.4% ($73 million). That represents an increase of $11 million and $4.7 million respectively.

Only in the pandemic era — a ribbon-cutting ceremony with no ribbon or sparkling new business in the background.

While community and elected leaders have kept up the tradition of either shoveling dirt or utilizing novelty golden scissors during COVID-19, the ribbon cutting for the new southeast police station was done virtually. The participants videoed in from their respective offices.

Area commander Anthony Martinez provided a video tour of the facilities located at 244 South Argyle Avenue. The new building provides plenty of space for briefings, offices and even a gym. It is three times the size of the office it replaces off of Cedar and Butler avenues. It just can’t be fully used yet because of COVID.

As for the literal ribbon cutting, a video played of officers slicing the traditional oversized ribbon in front of the building. Other participants in the smaller Zoom windows had their mini-ribbons and regularly sized scissors. The video shows the five county supervisors pitching Fresno County as a great place to work. They even say the COO could be elevated to CAO. Rousseau is scheduled to retire next year.

Fresno County is searching for a strategic visionary leader to become Chief Operating Officer. Listen as our Board of Supervisors share ideal characteristics for success in this position. https://t.co/6Mh9IjymGN