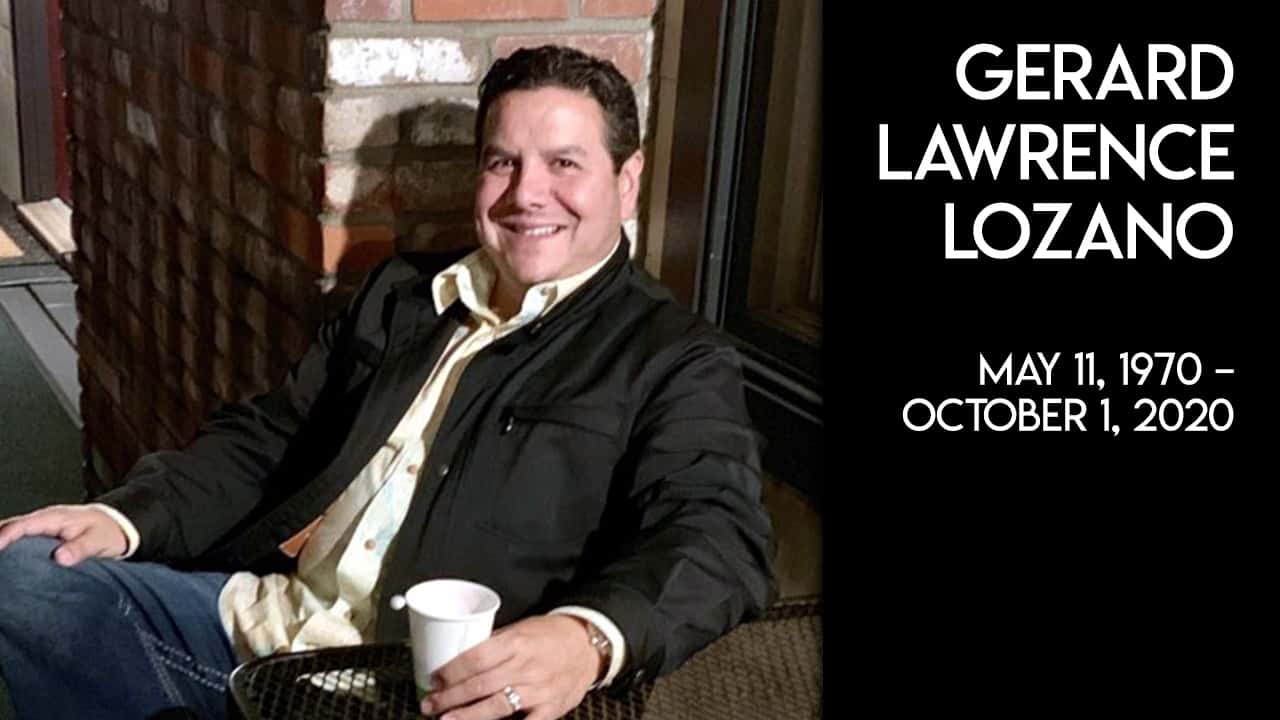 Gerard Lozano, executive vice president of the Fresno Association of Realtors passed away October 1 at the age of 50, his family said.

An realtors association representative said Lozano was diagnosed several weeks ago with a rare form of thyroid cancer.

Lozano started his career as governmental affairs director 20 years ago with the association before recently being promoted.

According to an online obituary, Lozano is survived by his wife Donna, his parents, four brothers and many members of his extended family.

Every Day Is a Precious ‘Gift From God’

Part of the obituary message posted by his family reads:

“Born on May 11, 1970, in Fresno, California to Michael and Dolores Lozano, Gerard was the fourth of five boys. Gerard loved life and had the ability to add happiness and smiles to everyone he met. His wedding in 2002 was a “Beautiful Day” as he married the love of his life, Donna. Gerard loved to create nicknames for those close to him and thought that the name “Dolly” was perfect for Donna! Together, the two of them created many happy memories together.”

“Gerard has been a life-long Raiders and San Francisco Giants fan. Music played a large part in Gerard’s life, as a musician, drummer and a fan of U2, a band he saw multiple times. Gerard brought so much joy to our lives and leaves us all with joyful memories and stories. While Gerard’s time with us was far too brief, his journey was filled with joyful memories that will never be forgotten. The quality of Gerard’s life’s story far exceeds the quantity of days he walked with us. His story reminds us how to celebrate every day as a precious gift from God.”

“In all my encounters with Gerard, he was a man of integrity, soft spoken and a great member of the community,” said Darius Assemi, President and CEO of Granville Homes. (Darius Assemi is the publisher of GV Wire)

“He was our true leader. He was always there helping people making them feel welcome. It’s going to be a big loss for us. He had a big heart for everyone. He was so approachable and welcoming, not just to us Realtors, but to people around the community”, says Don Scordino of the Fresno Association of Realtors.

“I’m still trying to imagine a world without Gerard.  It just seems so unreal  and unfair to me. Gerard and his wife Donna were not only friends to Marvin and I, but family,” writes Cary Catalano, Commissioner of the Fresno Housing Authority. “You could always depend on them, and their commitment to others was unmatched. While Gerard has left us, his spirt will live on though his wife that we all adore.  The best way to honor him, is to remember him, and his kindness towards others – and yes, the laughter too.”

Clint Olivier Executive Director of Bizfed Central Valley wrote, “I worked with Gerard many times over the past decade when I was on the city council. He wasn’t afraid to tell me to throttle back if I was pushing too hard for the realtors’ support on a given issue. He was always calm, cool, and collected. He never let his personal political views get in the way of advocating for his members. In fact, he never let on what his views actually were. He was definitely one of the good guys. He will be missed.”

“Gerard was absolutely a first class delightful guy, a real gentleman. What a loss to his family and the whole community. He couldn’t have been more gracious to anybody,” says Mike Shirian, owner of the Elbow Room restaurant.

Assembly member Joaquin Arambula wrote, “My wife, Elizabeth, and I extend our heartfelt condolences to Gerard’s wife, parents, and family during this difficult time. He made his mark in our community, with the impressive work he undertook during his more than 20 years with the Fresno Association of REALTORS. He will be missed.”

Senator Andreas Borgeas says, “Gerard’s passing is a loss for community. He was a tireless advocate and effective leader for home ownership and sound land use policy. More importantly, he was my friend and colleague and he will be missed enormously. Our thoughts and prayers go out to his family and friends.”

“The work Gerard did day in and day out to support our local realtors was beyond measure. He always had a smile and a laugh for anyone he met. I’m thankful to have worked with him and Sharon and I send our love and prayers to his family,” says Assembly Member Jim Patterson.

In lieu of flowers, an educational scholarship will be established in Lozano’s name through the Fresno Association of Realtors to benefit affordable housing for the needy, the family said.

Due to current COVID-19 restrictions, services will be private, but a live stream link and date of the service will be available at the family’s obituary site.