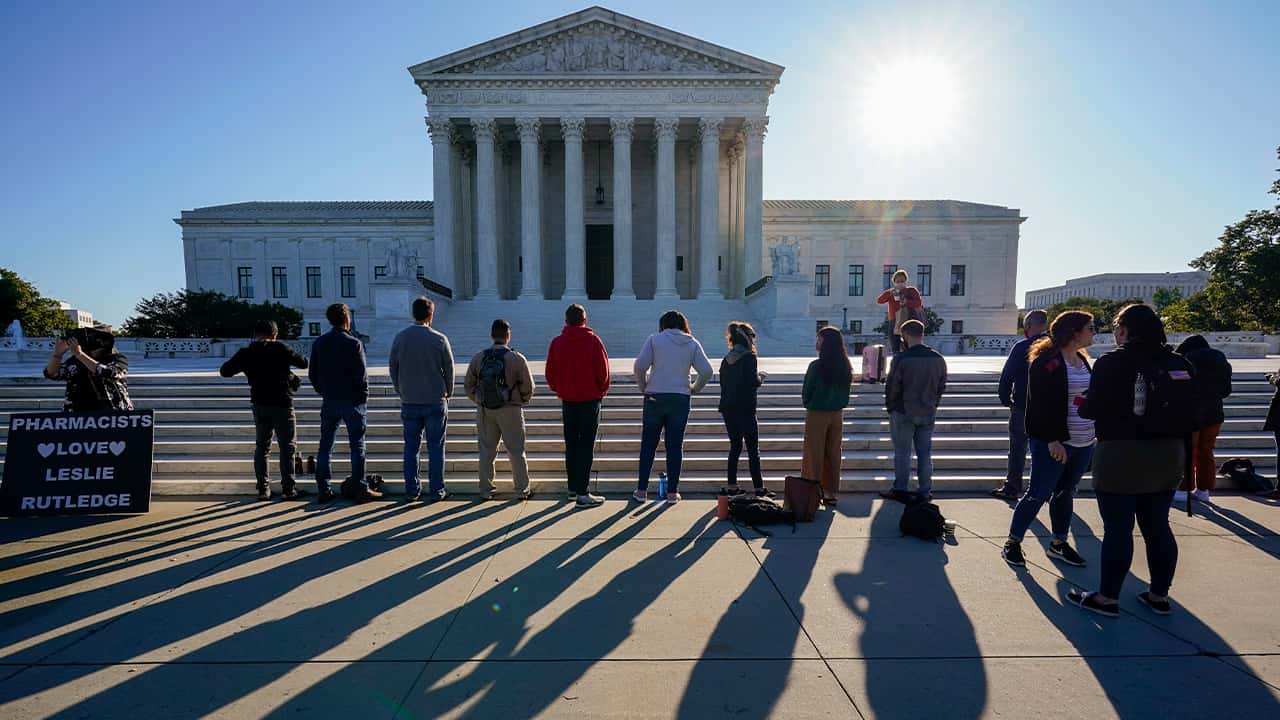 WASHINGTON — The Supreme Court, already poised to take a significant turn to the right, opened its new term Monday with a jolt from two conservative justices who raised new criticism of the court’s embrace of same-sex marriage.

The justices returned from their summer break on a somber note, following the death of Justice Ruth Bader Ginsburg, hearing arguments by phone because of the coronavirus pandemic and bracing for the possibility of post-election court challenges.

The court paused briefly to remember Ginsburg, the court’s second woman. But a statement from Justice Clarence Thomas, joined by Justice Samuel Alito, underscored conservatives’ excitement and liberals’ fears about the direction the court could take if the Senate confirms President Donald Trump’s nominee for Ginsburg’s seat, Amy Coney Barrett.

Commenting on an appeal from a former county clerk in Kentucky who objected to issuing same-sex marriage licenses, Thomas wrote that the 5-4 majority in a 2015 case had “read a right to same-sex marriage” into the Constitution, “even though that right is found nowhere in the text.” And he said that the decision “enables courts and governments to brand religious adherents who believe that marriage is between one man and one woman as bigots.”

Thomas suggested the court needs to revisit the issue because it has “created a problem that only it can fix.” Until then, he said, the case will continue to have “ruinous consequences for religious liberty.”

The court turned away the appeal of the former clerk, Kim Davis, among hundreds of rejected cases Monday.

Thomas’ four-page statement prompted outrage from LGBTQ rights groups and others. Alphonso David, president of the Human Rights Campaign, said in a statement that Thomas and Alito had “renewed their war on LGBTQ rights and marriage equality” as the direction of the court “hangs in the balance.”

With Ginsburg’s death and the retirement of Justice Anthony Kennedy in 2018, only three members of the majority in the gay marriage case remain: Justices Stephen Breyer, Sonia Sotomayor and Elena Kagan.

Barrett’s confirmation would cement a 6-3 conservative majority on the court, and she has compared her approach to the law generally to that of her mentor, Justice Antonin Scalia, one of the dissenters in the gay marriage case.

Reversing the court’s decision in the gay marriage case would seem a tall order, but Thomas’ statement underscored liberals’ fears that the court could roll back some of their hardest-fought gains.

The cases the justices spent about two and a half hours discussing Monday, however, were far less prominent: a water dispute between Texas and New Mexico and a case involving a provision of the Delaware constitution that keeps the number of state judges affiliated with the two major political parties fairly even. The justices seemed prepared to uphold Delaware’s political party provision, and the argument passed without any comment about the partisan fighting over the Supreme Court’s makeup.

The justices will hear a total of 10 arguments this week and next, but the term is so far short on high-profile cases. That could change quickly because of the prospect of court involvement in lawsuits related to the election. Perhaps the biggest case currently on the justices’ docket is post-Election Day arguments in the latest Republican bid to strike down the Affordable Care Act, which provides more than 20 million people with health insurance.

The justices last heard argument in their courtroom in February and skipped planned arguments in March and April before hearing cases by phone in May. On Monday, Chief Justice John Roberts began the hearing by noting what the public has only seen in pictures: that the door to the justices’ courtroom and the section of the court’s bench in front of Ginsburg’s chair have been draped with black fabric.

Said Roberts: “We at the court will remember her as a dear friend and a treasured colleague.”