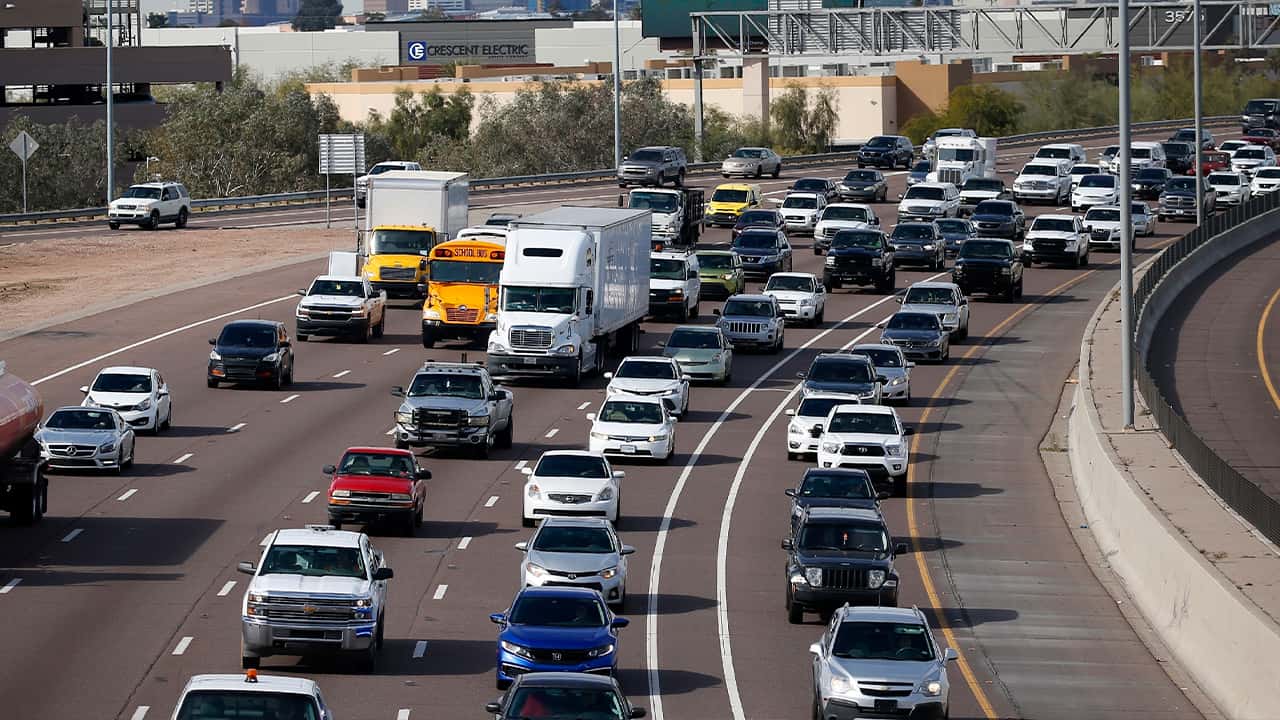 DETROIT — Traffic deaths in the U.S. fell for the third consecutive year in 2019, the government’s road safety agency reported.

The downward trend is continuing into this year with people driving fewer miles due to the pandemic, the National Highway Traffic Safety Administration said Thursday.

The decrease came even though vehicle miles traveled increased by nearly 1%, reducing the fatality rate to 1.1 per 100 million miles traveled. That was the lowest since 2014.

Estimates by the agency show that traffic deaths in the first half of this year fell 2% from the same period in 2019, to 16,550. But traffic volumes fell more than the number of fatal crashes, increasing the fatality rate per 100 million vehicle miles traveled to 1.25. That’s up from 1.06 for the first half of 2019.

James Owens, NHTSA’s deputy administrator, said the agency is encouraged by the overall declines, but concerned because of a trend since April of increased fatality rates.

“Now more than ever we should be watching ourselves for safe driving practices and encouraging others to do the same,” Owens said in a statement.

The increased fatality rate brought criticism of NHTSA from safety advocates who said there is proven technology such as automatic emergency braking, blind spot warning and lane departure warnings that should be required on vehicles to make roads safer.

“The U.S. Department of Transportation continues to rely on ineffective voluntary agreements,” Cathy Chase, president of Advocates for Highway and Auto Safety, said in a statement.

NHTSA issued a report saying that during the height of the coronavirus restrictions with less traffic on the roads, drivers took more risks including speeding, failing to wear seat belts, and driving under the influence of drugs or alcohol. Average speeds increased, and incidents with people caught driving at extreme speeds rose, NHTSA said.

A study of people injured or killed in crashes who were treated at five large trauma centers found that from mid-March to mid-July, almost two-thirds of drivers tested positive for at least one drug, including marijuana, alcohol or opioids. NHTSA said the number of drivers testing positive for opioids nearly doubled after mid-March, compared with the previous six months. Marijuana use was up 50%.

The Governors Highway Safety Association, a group of state highway safety officials, said speeding is a factor in nearly one-third of traffic deaths. But association members reported that during the height of the pandemic, states and communities reduced health risks to police officers by limiting traffic stops.

“This may have led some motorists to believe they could get away with dangerous and aggressive driving, despite the threat to themselves and everyone on the road,” the association said in a statement.

NHTSA said it is holding workshops with state and local officials to address the safety concerns.

Airbnb Blocking Some Rentals Over Halloween to Halt Parties