San Francisco rents have dropped over 6 percent in the past month alone, after being relatively stable over the summer, according to the latest report from real estate analytics company Zumper.

SF Weekly says this new report suggests a continuation of trends from earlier in the pandemic. The Bay Area’s lax and long-term work-from-home policies seem to be contributing to a “tech exodus,” as evidenced by the steep rent declines in Silicon Valley and San Francisco proper. Many of these residents appear to be heading to other regions or more spacious suburbs like Antioch or Sacramento. 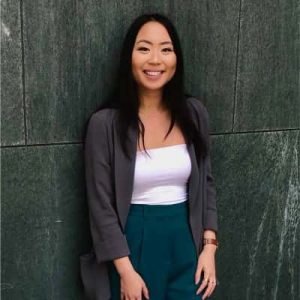 “Since the pandemic began, there has been a general trend of renters migrating out of pricy metropolitan areas toward cheaper, more suburban markets.”–Zumper Marketing Manager Crystal Chen

Zumper writes that not only is the drop in San Francisco rental prices among the largest yearly decreases has ever recorded in their history of tracking rental prices, but it was also the first time the median 1-bed price in the city was priced below $3,000. These combined trends show just how drastically the market has changed in the nation’s most expensive city to rent.

GV Wire℠ called ‘The Springs‘ apartment complex located near First and Alluvial to get a sense of what the market is currently doing.

Rob Massie says he’s not seeing a big increase in rents, however he’s seeing a huge increase in demand. “We’re 98% full. Recently because of COVID-19 and people coming home from the Bay Area, they’ve pushing other renters out,” said Massie.

Zumper Marketing Manager Crystal Chen tells GV Wire℠ by email, “Since the pandemic began, there has been a general trend of renters migrating out of pricy metropolitan areas toward cheaper, more suburban markets.”

Chen says as we see more people work from home for the foreseeable future renters are now prioritizing space and affordability over big city amenities. “You can see this shift in demand displayed by the fact that while historically expensive cities like San Francisco and New York have continually seen record rent price drops the last few months, much more affordable cities like Fresno have experienced rents spike up around 15% year-over-year,” says Chen.

Greg Terzakis, Senior Vice President of the California Apartment Association looks at these types of surveys with a little grain of salt. He says one survey doesn’t tell the whole story, but a series of them could show a trend.

“I think it’ll be a blip, short or mid-term,” says Terzakis. “Essentially this is a problem of supply. We need to build more housing.”

Terzakis says his group supports any type of housing bill at the state Capitol. “Whether they are for lower income or higher income earners,” says Terzakis.

Zumper CEO on SF: ‘The Drop Has Been That Large’

“We re-ran the numbers for SF to make sure they were legit because the drop was so large,” writes Zumper CEO Anthemos Georgiades on Twitter. “The data this month is correct. The drop has been that large.”

Georgiades believes some of the reasons for the drop include recession, move to remote work, and trading for suburbs. He also points to what he thinks may have driven many people over the edge.

“The (ongoing) Bay Area fires. For many people, this seems to have tipped the balance about their medium-term location choices,” writes Georgiades. “Despite everything our data is showing, there are so many signals that it will recover, however contrarian this point may sound.”

Georgiades says it’s very likely it will take years to recover, not months.

Our September @Zumper rent report is out

The YoY drop in San Francisco this month is pretty seismic, a far steeper fall than we've reported before

Zumper aggregates data from over one million active listings to calculate median asking rents for the top 100 cities by population and nearly 300 additional cities within major metro areas.

The data includes a combination of proprietary listings posted by landlords and brokers through Zumper’s Landlord Platform and 3rd party listings received from MLS providers.

Zumper provides an interactive map of the United States that allows you to seen rental changes throughout the country.