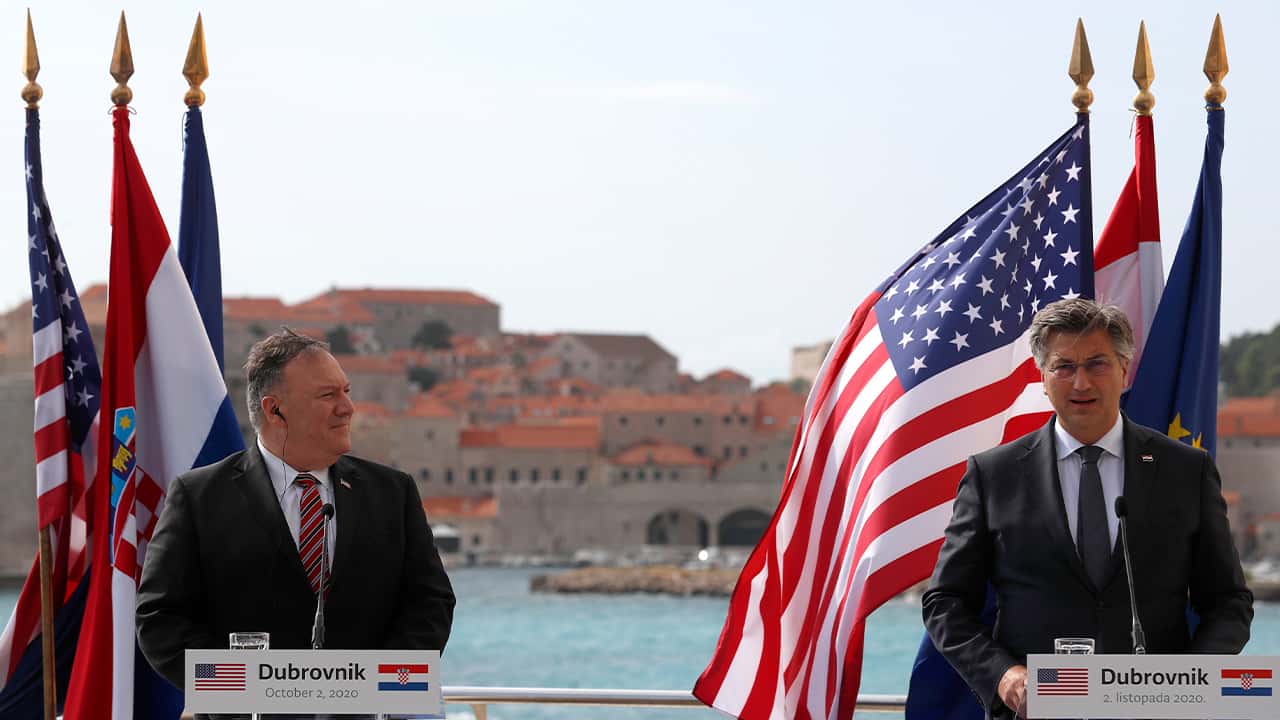 DUBROVNIK, Croatia — U.S. Secretary of State Mike Pompeo pledged Friday that Washington will remain engaged in the Balkans where China and Russia have been gaining political and economic influence.

Pompeo spoke in the Croatian Adriatic Sea resort of Dubrovnik, the last leg of his European tour that also included stops in Greece, Italy and the Vatican.

“The United States no longer leads from behind,’’ Pompeo told reporters at a news conference held on the terrace of a hotel overlooking the medieval walled city. “We’ve been incredibly engaged in this region on the diplomatic front.”

He praised a White House-mediated economic agreement reached last month between Serbia and its breakaway former province of Kosovo.

“We will continue to engage in a serious way,” he said, referring to the region that was torn by civil wars in the 1990s. “We are trying to leave these places in a way that they are connected to the West.”

As Washington mostly took its eyes off the Balkans after the wars ended, Moscow and Beijing both rapidly increased their footprint in the region. China did it through its multi-billion-dollar belt-and-road economic program while Russia does it with political pressure, mostly through its traditional Slavic ally Serbia.

“China is a global actor. They were very smart to devise this format of the relationship and the political dialogue and the economic framework with the countries of Central and Eastern Europe,” Croatian Prime Minister Andrej Plenkovic told the joint news conference.

“We are fully aware of all the aspects of this policy and our objective is to have a level playing field when it comes to both the relationship between Croatia or the other members of the European Union and China and its market, as well as the Chinese presence here,” Plenkovic said.

Also discussed was Croatia’s planned purchase of 12 fighter jets for its air force, which includes an offer by the U.S. for new F-16 aircraft. The other bidders are Sweden, France and Israel.

On the eve of the visit, Croatia’s left-leaning president, Zoran Milanovic, criticized Pompeo for allegedly wanting to pressure Croatia to buy the U.S. aircraft.

“We also discussed how American defense technologies can grow our strategic and economic relationship,” Pompeo said, adding that the purchase of the fighter jets is Croatia’s “sovereign decision.”

Related Topics:ChinaCroatiaRussiaSecretary of State Mike Pompeo
Up Next