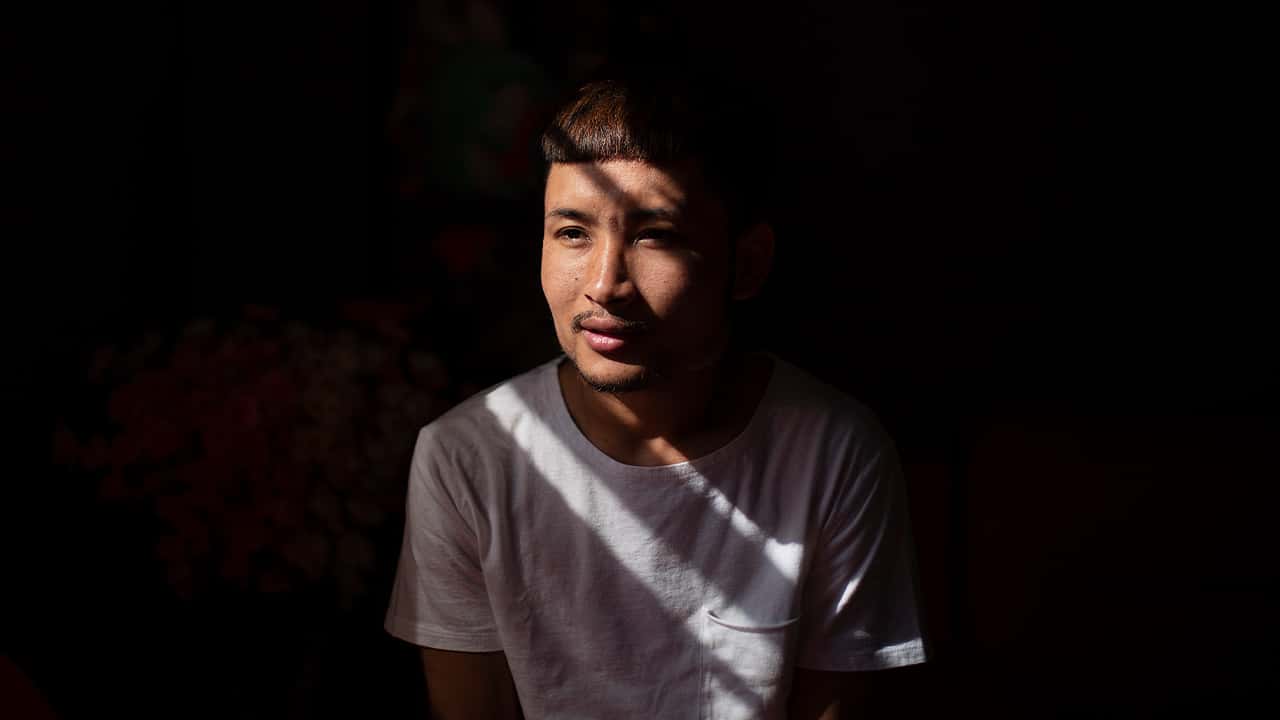 PHOENIX — They came fleeing war and persecution in countries like Myanmar, Eritrea and Iraq, handpicked by the United States for resettlement under longstanding humanitarian traditions.

Now, tens of thousands of refugees welcomed into the U.S. during the Obama administration are American citizens, voting the first time in what could be the most consequential presidential contest of their lifetimes.

With some states already sending out early ballots, the first-time voters from Arizona to Florida are excited but mindful of their responsibility in helping to choose the country’s next leader. The winner will decide the future of the very resettlement program they benefitted from and that President Donald Trump has hollowed out and could halt altogether in the fiscal year starting Oct. 1.

“Most refugees come to this county escaping political systems where the government is not their friend,” said Hans Van de Weerd, vice president of resettlement for the International Rescue Committee, a top agency that brings refugees to the U.S. “To have their voices be heard is very powerful.”

Republican and Democratic administrations resettled an average 95,000 refugees annually over four decades, but the Trump government whittled that down to a cap of 18,000. Only about half that number have come in this year amid the coronavirus pandemic.

That downward trend seems likely to continue if Trump is reelected; his Democratic challenger Joe Biden has promised to pump the annual refugee goal to 125,000.

There are no voter registration figures for refugees, but the National Partnership for New Americans predicted that 860,000 immigrants of all kinds would gain that right this year by becoming citizens even in the face of barriers like an 83% increase in naturalization fees, from $640 to $1,170.

Through its citizenship classes, the International Rescue Committee has helped around 6,000 refugees and other newcomers become Americans each of the last few years. Other groups have also helped refugees become naturalized.

Department of Homeland Security figures in recent years have shown refugees and asylum-seekers are the immigrants most likely to gain citizenship, with a naturalization rate of over 70% during their first decade in the country. Refugees can apply for citizenship after five years as permanent residents.

Once they become Americans, they can register and vote.

“So many want to vote this time,” said Basma Alawee, a refugee herself and an organizer for the Florida Immigrant Coalition who has been holding webinars helping other refugees prepare for Election Day.

Here are a few other refugees around the United States voting for the first time:

BILAL ALOBAIDI recalls elections in Iraq under Saddam Hussein when only the leader’s name was on the ballot. The only possible choices were “yes” or “no.”

“And if you said ‘no,’ something bad could happen to you,” said Alobaidi, who arrived in the U.S. in December 2013.

He was resettled in Phoenix, a desert city with sweltering weather like that of his hometown Mosul, and was naturalized last year.

Alobaidi said he looks forward to voting for the candidate he chooses.

“This is the first time I will practice democracy,” he said. “I can’t wait.”

BAWI UK was a small child when his parents fled Myanmar, leaving him and his siblings to be cared for by their maternal grandmother.

UK said the family suffered discrimination as Christians in a predominantly Buddhist nation. The military government was also trying to forcibly conscript his father.

“To run for office, you had to be a Buddhist; to rent a house, you had to be Buddhist,” said UK, a social work student at Rhode Island College and a youth leader at the Refugee Dream Center, an advocacy organization in Providence. Bawi UK, 22, right, chats with his brother, Leng Nung, 20, in the apartment they share in Providence, R.I., Saturday, Sept. 26, 2020. UK was a small child when his parents fled Myanmar, leaving him and his siblings to be cared for by their maternal grandmother. UK said the family suffered discrimination as Christians in a predominantly Buddhist nation. The military government was also trying to forcibly conscript his father. “To run for office, you had to be a Buddhist; to rent a house, you had to be Buddhist,” said UK, a social work student at Rhode Island College and a youth leader at the Refugee Dream Center, an advocacy organization in Providence. (AP Photo/David Goldman)

NADA AL-RUBAYE said she never voted in her native Iraq, which she fled after her oldest son and several other family members were killed in the country’s widespread violence.

The Baghdad-born artist and another son spent a few years in Turkey, but in 2013 were settled in Phoenix.

A U.S. citizen since September 2019, she now paints landscapes featuring the red rock outcroppings of her adopted Arizona and sells her paintings and jewelry online.

“I am so excited!” she said about the upcoming election, flashing a broad smile. “It’s so important for a person to feel like they belong to a country.”

HABTOM GEZHEY fled Eritrea after being conscripted to serve an indefinite number of years in the military.

Gezhey initially lived in a refugee camp in neighboring Ethiopia before being resettled in Florida in 2012.

Now a truck driver hauling goods across the U.S., Gezhey lives in Jacksonville with his wife, Eyerusalem, whom he met at the camp, and their two young children.

“I’m ready to vote,” said Gezhey. “We had no election in Eritrea, no Constitution.” This Aug. 22, 2020, photo, provided by Yohannes Yirdaw shows Habtom Gezhey in Jacksonville, Fla., with his wife, Eyerusalem, their son Natanem and daughter Blen. Gezhey, a resettled refugee from Eritrea who has since become a U.S. citizen and plans to vote in this year’s presidential election. Gezhey lives with his family and works as a truck driver hauling goods across much of the United States. After fleeing his homeland, where he was forced for many years to serve in the military against his will, Gezhey said he is happy to be able to vote in a country with free elections and a constitution. (Yohannes Yirdaw via AP)

JAD “JAY” JAWAD was 17 when his family sought refuge in the U.S. from death threats and conflict in Iraq.

The Saddam Hussein government had targeted Jawad’s father as a manager at a hotel frequented by the U.S. military. The family resettled in Phoenix, where they all became U.S. citizens.

Jawad now runs a popular crepe restaurant in an upscale mall. He and his wife, also an American citizen born in Iraq, are expecting a baby next spring.

“When we left Baghdad, there was no democracy,” he said. “Here, you can be part of the change.” New U.S. citizen Jad “Jay” Jawad, owner of the Crepe House Cafe, who came to the U.S. as a refugee from war-torn Iraq, makes a crepe in his cafe on Friday, Sept. 4, 2020 in Phoenix. He said that during presidential elections in his native country, Saddam Hussein was the only candidate on the ballot and the only real option was “yes,” because a “no” vote could get you jailed or worse. Now, he said he is looking to voting freely in his first U.S. presidential election this fall. (AP Photo/Ross D. Franklin)

LIAN KUAL never cast a ballot in Myanmar, where elections were criticized as fraudulent during decades of military rule.

In 2008, Kual initially fled his country for Malaysia, and in 2014 was resettled in Salt Lake City, where he works on the overnight shift stocking shelves at Walmart. He was naturalized this year.

“I feel so free to be part of the United States of America,” he said. “I already registered (to vote) at the DMV, and now I’m waiting for my ballot. It’s a really big deal.”

Related Topics:2020 ElectionIraqMyanmarrefugees
Up Next