Challengers Outraise Incumbents in Key Valley Races. Will It Matter at the Polls? 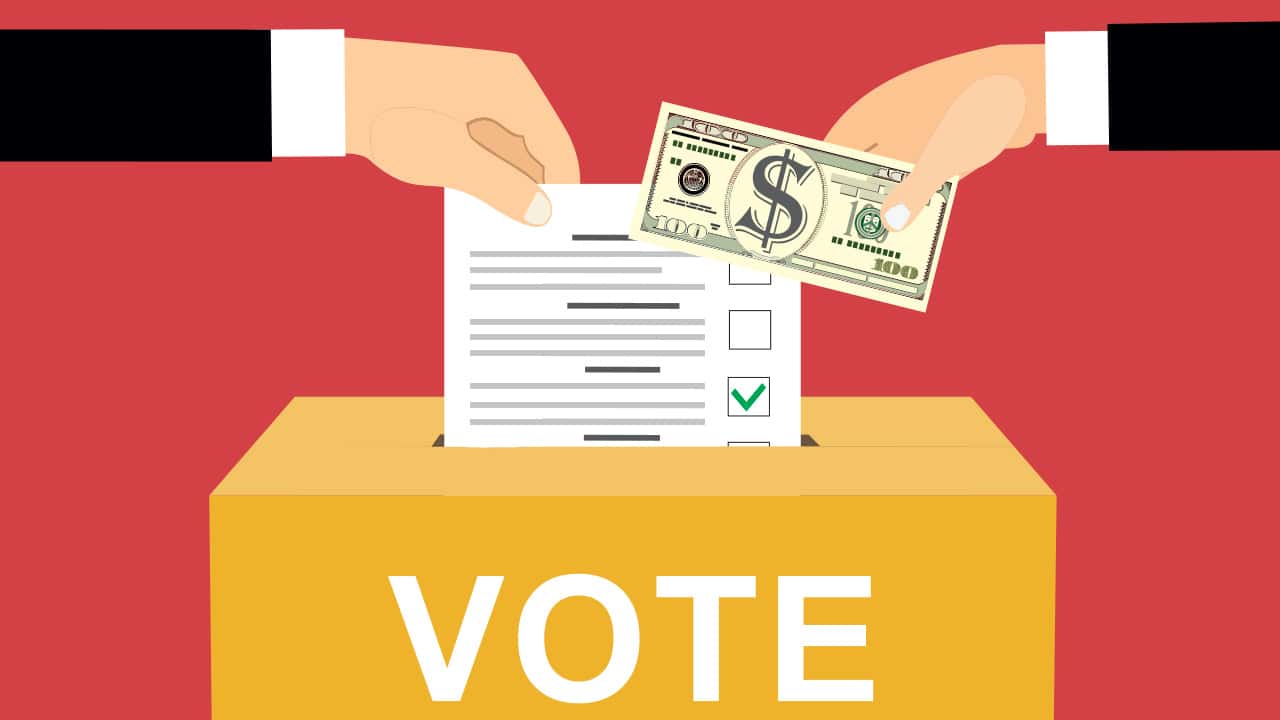 Candidates for state and local office reported how much they raised for the November election.

Aside from state and national races, voters within the cities of Fresno and Clovis will decide several school board contests.

Perhaps the most intriguing Assembly race is in the South Valley, where incumbent Devon Mathis (R-Visalia) has been outraised by his Democratic opponent, Drew Phelps.

“I think what the historic nature of these fundraising numbers goes to show is just how deeply our message is resonating out there,” Phelps said in a news release.

“With everything going on I’m not too concerned with fundraising. There are so many issues facing the families in our district,” Mathis said in an email to Politics 101. “There is more to being a representative than just campaigns. It’s the service to the people in District 26.” said Mathis.

While Phelps may have the fundraising advantage, registered Republicans outnumber Democrats in the district by 6%.

The two Assemblymen representing Fresno do not have much to worry about come November. Republican Jim Patterson is running unopposed, yet has still raised $148,950 this year and has plenty leftover in the bank.

Most of his expenses were for travel or reimbursements.

Democrat Joaquin Arambula also has a financial advantage over his opponent. According to the state campaign finance database, Republican Fernando Banuelos’ forms have not appeared. Banuelos said he filed the forms, but only raised a little more than $2,000.

Most of Arambula’s spending has been contributions to the Democratic Party.

The closest race in terms of fundraising is for Area 4 — Hugh Awtrey is attempting to hold on to his seat against the challenge of Jonathan Holt. Both have raised nearly $20,000.

Awtrey is running in his first election after the board appointed him to the vacant seat last year.

Developers have given plenty to both men. Westech Systems contributed $10,000 to Awtrey. Wilson Homes gave $1,000 to Holt.

The Yes on A campaign, the $335 million school bond measure, raised most of its $285,000 from the construction industry. This is the second attempt to pass the bond this year.

It also appears that supporters have changed consultants. The Yes on Measure A campaign paid more than $120,000 TBWBH, a firm that specializes in passing bond measures. That total reflected both consulting and campaign materials.

There is no formal opposition group.

Carol Mills is the fundraising leader, reporting more than $43,000 for her Area 5 re-election campaign. The figure includes a $24,708 loan to herself and a $10,000 contribution from the Fresno Teachers Association political action committee.

Her top challenger, in terms of fundraising, is David Paredes — who has raised more than $7,000. The political newcomer and member of the Democratic Socialist of America, once interned for Fresno Councilwoman Esmeralda Soria.

The FTA also contributed $10,000 to another incumbent, Claudia Cazares in her Area 6 race. Her two opponents in the race have not reported raising more than $2,000.

The race to watch is for the open Area 6 seat. Jeremy Mehling, a farmer, has the significant fundraising advantage over three others in the race.

Terry Cox decided not to stand for reelection this year, creating the open seat.

Fresno County Board of Education

Blake Zante has raised more than $13,000 for a school board race that doesn’t traditionally receive much attention.

Zante is running in Area 2 against Bryan Burton, who reported raising $4,250.

One interesting contributor to Miller — $250 from Matt Rodgers, a Kingsburg farmer who used to work with Martinez as staffers in Sen. Kamala Harris’ Fresno office.

Incumbents Eric Payne and John Leal have both reported no contributions nor spending for the year.

Payne’s opponents, Sevag Tateosian and Nasreen Johnson, have both raised more than $30,000.

Azerbaijan and Armenia Brush Off Suggestion of Peace Talks