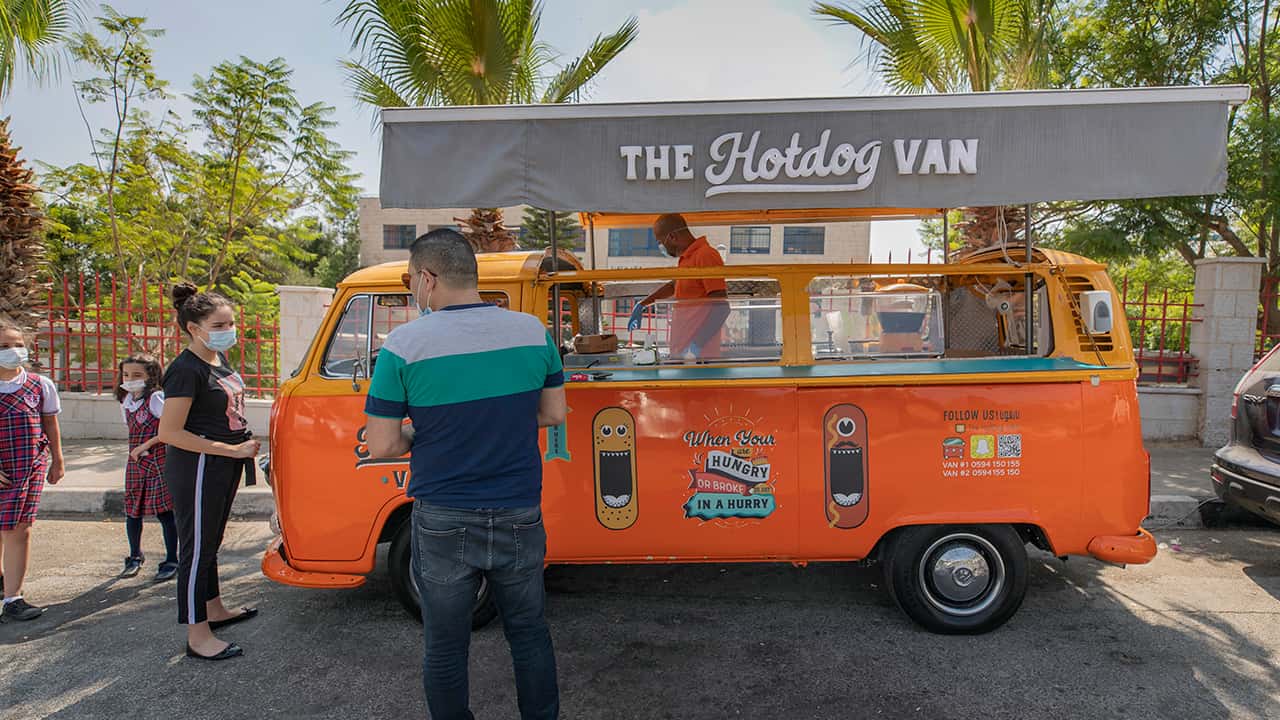 RAMALLAH, West Bank — The coronavirus crisis has hit West Bank restaurants hard. But one part of the dining sector is bucking the trend: food trucks.

With dine-in restaurants mostly closed due to health restrictions, food trucks have allowed entrepreneurial businessmen to find a way to keep working. It’s a rare bright spot in a territory where unemployment is well over 20%.

Issa Haj Yasin, an engineering student, opened his first food truck before the coronavirus crisis to provide himself an income to cover his university tuition and living expenses.

The business stopped in the first months of the crisis, but reopened as the pandemic worsened. Now business has more than doubled.

“Now I have six employees who are working in two vans, and I am preparing a new van that is going to have another four new employees,” Haj Yasin said. The truck parked by the curb on a central street in the West Bank city of Ramallah as workers grilled hot dogs and customers waited for their orders. Emad Abdeljawwad sells hot dogs and beverages out of a converted van in the West Bank city of Ramallah, Wednesday, Sept. 23, 2020. The coronavirus crisis has hit West Bank restaurants hard. But one part of the dining sector is bucking the trend: food trucks. (AP Photo/Nasser Nasser)

The Pandemic Comes at a Hard Time for the Palestinian Economy

Mohammed Shkukani is another entrepreneur who runs a coffee van in Ramallah. He said the mobile van was his first business. He likes having the flexibility of being able to move. “If I face a political or economic problem in a place, I can move to another place,” he said.

The pandemic comes at a hard time for the Palestinian economy. It grew by just 1% in 2019 and is projected to shrink by 7.6% to 11% in 2020, according to the World Bank. The internationally backed Palestinian Authority, which governs parts of the West Bank, is expected to face a funding gap.

After relative success containing the virus this spring, the territory has taken a similar trajectory as that of Israel with a post-lockdown rise in cases that forced the Palestinian Authority to impose a 10-day lockdown in July. The PA has now reported more than 35,000 cases in the West Bank and over 250 deaths.

More than a quarter of Palestinians lived in poverty before the virus. The World Bank says the figure has likely risen to 30% in the West Bank.