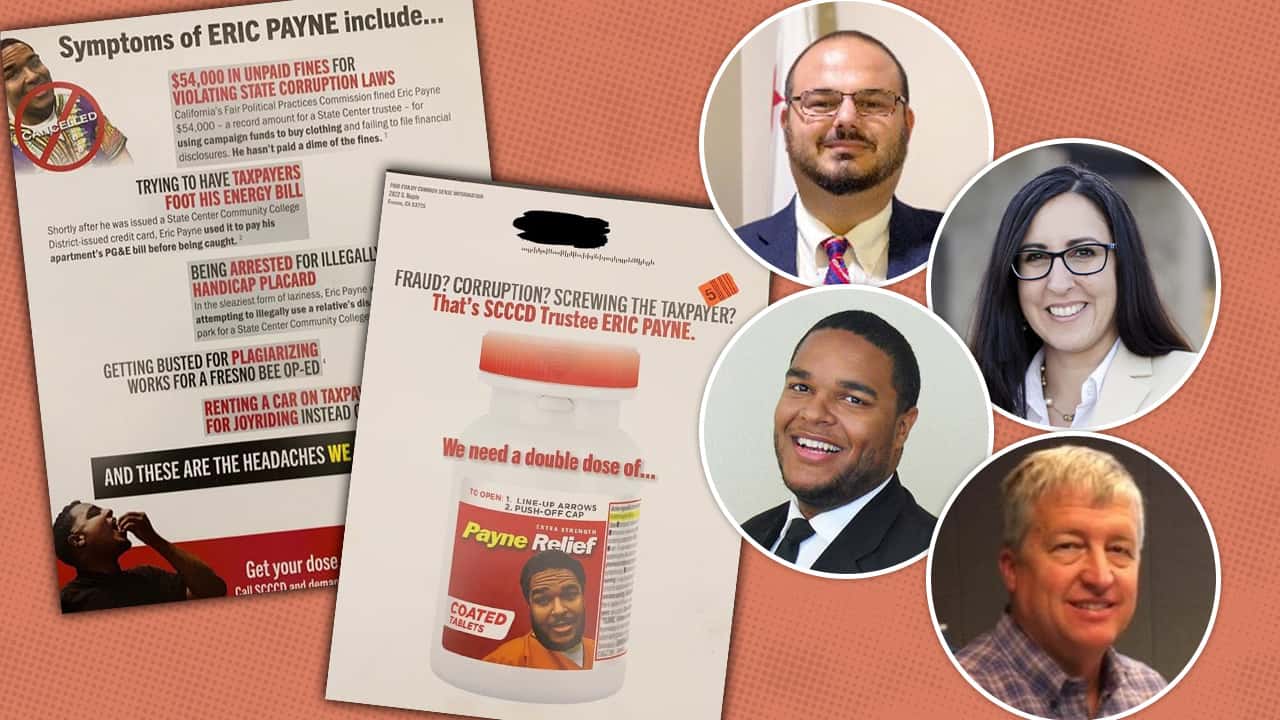 The incumbent in a race for a college trustee seat says a campaign attack ad against him, mailed to voters, is racist.

“The entire piece was improper and racist in nature,” Payne tells Politics 101.

It also includes a photos of Payne in an orange shirt, which could be interpreted as a prison outfit.

“That’s a typical cheap shot that a politician makes when they can’t defend the fact their record that shows they are corrupt,” Cloud said. “I don’t think it’s racist. I think his record is his problem.”

Send in the 🤡’s — If anyone wanted to know where this RACIST hit piece came from, @TalCloud with the @FresnoCountyGOP …… take two @AdvilRelief and call me in the morning, but I’m a PAYNE that won’t go away. pic.twitter.com/8xzSJkhe97

Cloud is calling for a criminal investigation into Payne.

Regarding the allegations made, Payne called them misleading and dishonest but would not elaborate. He called Cloud “a very dishonest man.”

For the record, Cloud is not part of the formal county Republican Party.

Payne is in a race against challengers Sevag Tateosian and Nasreen Johnson.

Capt. Mark Salazar received a promotion with the Fresno Police Department and is now a deputy chief as of September 11.

Does this provide a signal on whether he be selected as the next police chief?

Salazar has been the only potential candidate who has been public about applying. The city has been quiet on the subject.

Sources tell Politics 101 that interviews will happen next Thursday and Friday via Zoom.

Current chief Andy Hall is scheduled for mandatory retirement next spring. The new chief will selected by Mayor Lee Brand in conjunction with Mayor-elect Jerry Dyer — who held the position prior to Hall. 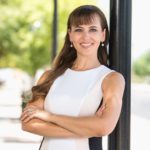 The usually stable Clovis City Council will have some serious competition next year.

Diane Pearce, president of the Fresno County & City Republican Women Federated, announced she will run in the March 2021 election.

Two council seats are up in the at-large election. Incumbents Lynne Ashbeck and Vong Mouanoutoua both say they will stand for re-election and welcome the competition.

The window to file to run opens November 9. This will also be the last odd-year election in Clovis. The city will move to even-year elections starting November 2022. Thus, the winners in the March election will serve less than four years.

The last two open seats in Clovis — both in 2017 — were because of a death (Harry Armstrong) and promotion — voters elected Nathan Magsig to the Fresno County Board of Supervisors. It has been decades since an incumbent lost an election in the city.

Ashbeck has been a council member for 20 years, winning her first election in 2001. Mouanoutoua is completing his first term.

The effort to reduce liquor stores in the city of Fresno is still a work in progress, even though its been years in the making.

Members of the convenience store industry disagreed whether the effort to cap licenses was good for the city.

“We are not experts on what the city needs to do. We are an expert of our industry and how to solve problems of the city with a bunch of these changes. We are supporting it as whatever it takes from our side and city council,” Chhikara said via Zoom.

The city should enforce laws already on the books instead, said George Beal, who operates several Johnny Quik Food Stores in town.

“I think everybody tries to do something new and they already have the tools to do it,” Beal said.

Darius Assemi, president and CEO of Granville Homes (and publisher of GV Wire), asked for changes to the current act.

The measure would also create a nine-member board to oversee the act.

The council plans a final vote on Oct. 15. Arias said the act’s language could still change until then.

Arias announced the schedule to adopt a city budget for next year. Usually, the budget is completed in June. Because of the COVID-19 pandemic, the city council enacted an extension of the Fiscal Year 2020 budget at the request of Mayor Lee Brand.

The revised budget will be released by October 2, with council deliberations to start October 12.

Oct. 15 — department presentations not completed the prior three days.