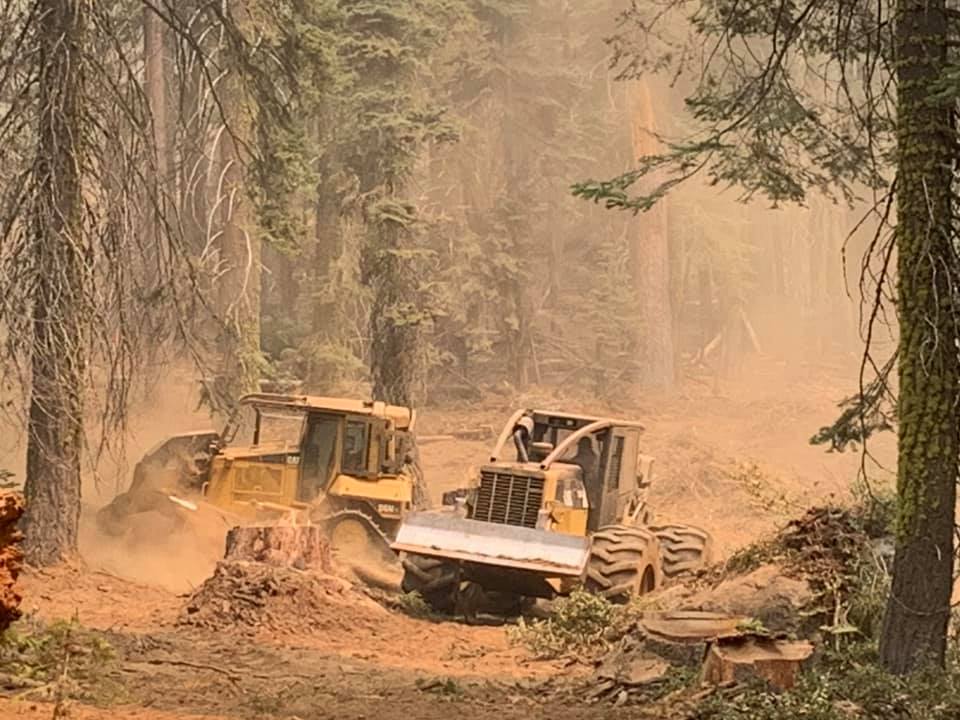 After nearly three weeks the Creek Fire continues to burn and is now the largest single wildfire in recorded California history at 291,426 Acres according to CAL FIRE. The USFS is still estimating full containment won’t be reached until October 15th.

Madera County Supervisor Tom Wheeler says he knows why the forests are burning at a record rate in the state. “California used to have over 120 Saw Mills to build the roads to and in the Forest, thin, cut , and mill the most renewable resources we have. Trees,” says Wheeler in a text to GV Wire℠. Wheeler says he’s spent the better part of the last 2 decades working through all the necessary red tape to get a biomass plant built in North Fork. Recently, Wheeler signed a 10-year logging contract with the U.S. Forest Service, but still has to spend the next year going through red tape before he can remove one tree.

Related Story: Is Biomass One of the Answers to California Wildfires? UC Researcher Says Yes

Wheeler says one of the biggest opponents to his biomass project and logging efforts was John Muir Project co-founder Chad Hanson.

So, GV Wire℠ reached out to Hanson to get his perspective on why he doesn’t think logging or biomass is the way to manage forests in California. He believes the problem and solutions are in the hands of regular people.

“Before the 3 saw mills shut down here in our area (5 different ones all together) we did not have these great big totally devastating 100,000 acre fires.”–Madera County Supervisor Tom Wheeler

“Let me say that over the 60 plus years I have worked the land here in the foothills and forests I have witnessed many drought years,” says Wheeler. “Before the 3 saw mills shut down here in our area (5 different ones all together) we did not have these great big totally devastating 100,000 acre fires.”

Before he became a county supervisor, Wheeler started his career working at the North Fork Saw Mill cutting, burning brush, and logging.

Wheeler says he doesn’t view the environmental movement very kindly. “In the early 90’s the environmental community started using the Spotted Owl endangerment as a excuse to stop logging to save them. We now only have around 20 Saw Mills in California. And guess what? The Spotted Owls are now burning up along with our unmanaged forests,” says Wheeler.

The Rim Fire started in August of 2013 after a hunter’s illegal fire got out of control. It was named for its proximity to the Rim of the World vista point, a scenic overlook on Highway 120 leading up to Yosemite. The fire burned 257,314 acres.

“There has been some public opposition to the project work, but it has not stopped or delayed efforts on the ground,” says Executive Officer Angela Avery in an email to GV Wire℠. She says the SNC board took public comments (Chad Hanson was one) at a June 2018 board meeting that led to a tour with a wide variety of people with differing viewpoints including representatives of the John Muir Project.

“That informational tour was held in May 2019 and no changes were made to the project following the tour,” said Avery.

Hanson says other research even shows forests with more dead trees actually burn less intensely. He says when trees die, their small twigs fall and decay in the soil very quickly. Hanson says after that happens, there’s not much on the tree that can carry the flames even though the outer surface of the tree will get scorched.

Hanson co-authored a study on the issue of dying forests in California that he says shows no correlation between the density of dead trees and fire intensity. He says his and other studies keep coming back to the same conclusion. “What they (studies) found is that fire behavior is driven overwhelmingly by weather and climate change,” says Hanson. 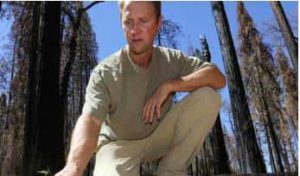 “We need to get the US Forest Service out of the commercial logging business and protect our forests.”–Chad Hanson co-founded the John Muir Project in 1996

“We need to get the US Forest Service out of the commercial logging business and protect our forests,” says Hanson. “Logging is making the fires burn more intensely.” He also believes the removal of dead tress is also leading to problems.

“I’m very well aware of the area where the Creek Fire made that 16 mile run (Saturday September 5),” explains Hanson. “That run was through an area that had been heavily post fire logged several years earlier after the French Fire.” He also says areas of the devastating 2018 Camp Fire that burned in the first 6 hours had been heavily logged.

So, his answer to the question of what needs to be done to prevent large wildfires? Two things.

He believes the large sums of money being spent on logging operations would be better spent on fire prevention.

“The other thing I would say in terms of a better way forward is we need to devote our resources to helping homeowners make their homes fire safe,” said Hanson. He thinks residents need to install fire resistant roofing, rain guards, ember proof vents, and provide defensible space pruning within 100 feet of their homes.

GV Wire℠ asked Hanson about Senator Dianne Feinstein’s push for more biomass, and the work Wheeler is doing to bring a biomass plant to North Fork.

“What I would say to Feinstein and Wheeler is shame on you,” said Hanson. “Biomass is not stopping fires. In fact, the fires that we have seen burn the most intensely, the most rapidly, have been in areas that were biomass logged.”

Hanson points to a study he co-authored in 2016 that dealt with biomass. “The vast majority of the biomass being pulled out of the forest is literally non combustible to wildland fire.”