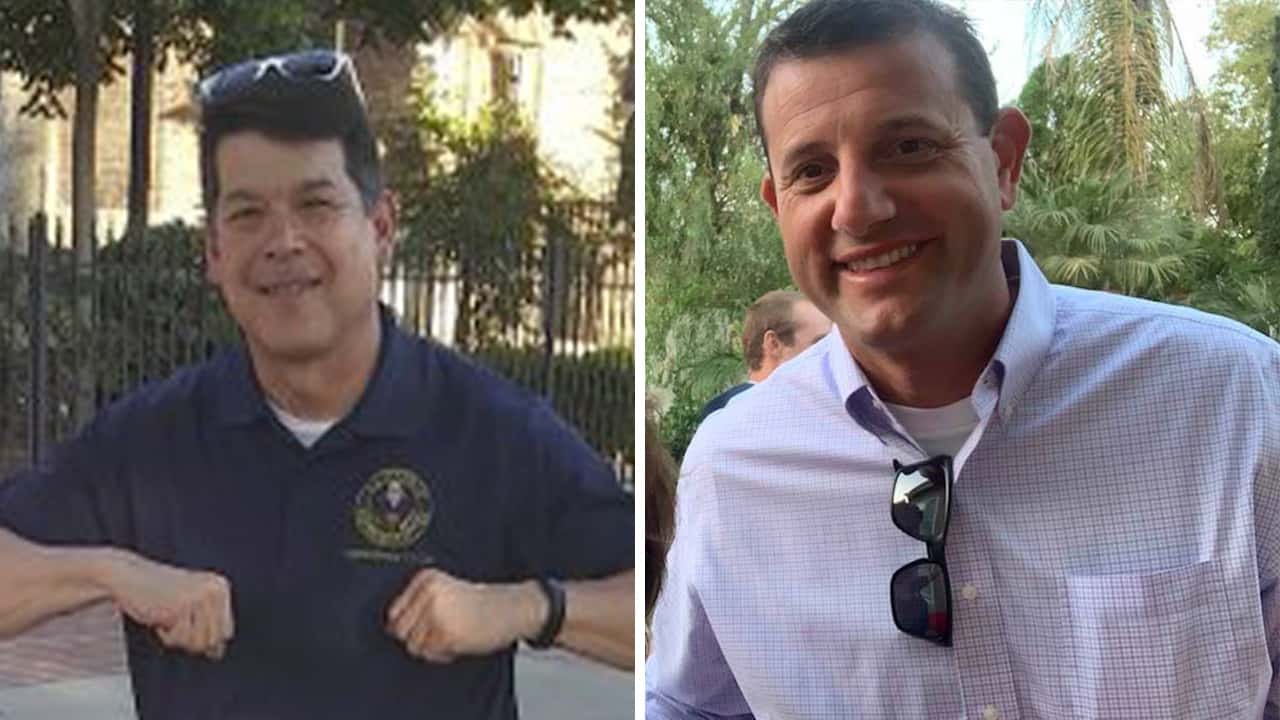 It’s hard to avoid the hard-hitting ads in the TJ Cox-David Valadao congressional race for anyone who watches TV.

Cox, the first term Fresno Democrat, is in a rematch against Valadao, the former Republican office holder.

Spots from both campaigns accused the other candidate of being corrupt. The barbs have continued: one is a tax cheat. The other is a Trump lackey.

Now, the issue of mask wearing, or the lack thereof, has come into play.

It is the latest charge, made by both sides, in closely-contested election.

The Cook Political Report forecasts the race as a toss up; Larry Sabato’s Crystal Ball says the district leans Democratic.

Both Campaigns Accuse the Other of Going Maskless

Pictures of Valadao, maskless at a fundraiser last weekend, were posted on the Facebook page of state Senator Shannon Grove (R-Bakersfield).

“I’m not surprised to see my opponent endangering others by campaigning without a mask this weekend. With 200,00 Americans dead, there’s no excuse for this type of selfishness. David Valadao needs to follow science and stop taking medical advice from Donald Trump,” Cox told GV Wire℠.

Campaign spokesman Andrew Renteria said the pictures do not tell the whole story.

“This is a quick photo and does not provide context to the larger event, which was outdoors. Dave wears a mask at all indoor and non-socially distanced settings and encourages others to do so as well.”

Meanwhile, the National Republican Congressional Committee, backers of Valadao, produced photos of Cox in public not wearing a mask either.

On June 20, Cox tweeted a photo of himself, maskless, at a Juneteenth celebration in Hanford.

Participated in a #Juneteenth celebration in Hanford last night. Proud to see our community coming together to celebrate this day and commit to fighting for racial justice. pic.twitter.com/UNXsQckMgj

The NRCC also pointed out photos from the Hanford Sentinel of a maskless Cox at a June BlackLivesMatter rally in Hanford.

“Why does TJ Cox feel it’s important his constituents wear a mask, but he doesn’t have to?” NRCC spokeswoman Torunn Sinclair said.

Spending from Outside Sources

While both Cox and Valadao have their own ads running, several of the more inflammatory ads are paid for by third-parties.

The 21st Congressional District spans both the Fresno and Bakersfield TV markets.

This is one of the most recent DCCC ads against Valadao, linking him with President Donald Trump. The spot also criticizes Valadao’s handling of his family farm.

The NRCC accuses Cox of being a tax cheat.