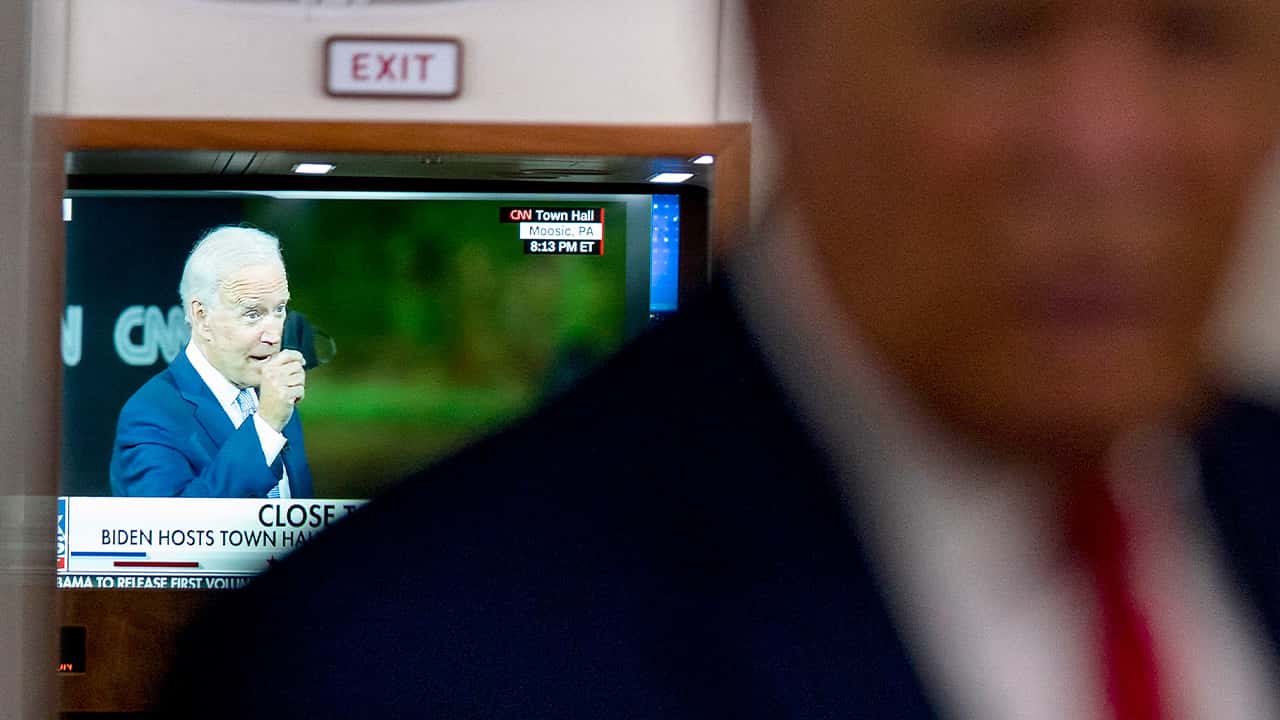 MINNEAPOLIS — Minnesota has backed Democratic presidential candidates for nearly half a century and rarely receives much attention during the final stages of the race. This is when campaigns typically focus their resources on more traditional swing states like Florida or Pennsylvania.

But Minnesota will feel like a genuine battleground on Friday as President Donald Trump and his Democratic challenger, Joe Biden, campaign here to mark the beginning of early voting.

They’re expected to avoid the state’s most populated areas near Minneapolis to focus on largely white rural and working-class voters, some of whom shifted to Republicans for the first time in 2016.

They’re expected to avoid the state’s most populated areas near Minneapolis to focus on largely white rural and working-class voters, some of whom shifted to Republicans for the first time in 2016. Trump will be in Bemidji, about 200 miles north of Minneapolis, while Biden will swing through Duluth, on the banks of Lake Superior and close to the Wisconsin border.

Since narrowly losing Minnesota in 2016, Trump has emphasized the state in hopes that a victory this year could offset losses in other states. He has visited regularly and kept a close eye on issues of particular importance to rural corners of the state. He’s reversed an Obama administration policy prohibiting the development of copper-nickel mining and has bailed out soybean, corn and other farmers who have been hurt by trade clashes with China.

More recently, he’s embraced a “law and order” message aimed nationally at white suburban and rural voters who may be concerned by protests that have sometimes become violent. That’s especially true in Minnesota, where the May killing of George Floyd by a police officer sparked a national reckoning on racism.

But for all the work Trump has put into the state, it may elude him again in November.

A series of polls over the past week show Biden has built a consistent lead in Minnesota. And in the 2018 midterms, Democratic turnout surged in suburbs, small cities and even on the Iron Range, across the blue-collar mining towns that were once labor strongholds but had been trending Republican.

David McIntosh, president of the conservative Club for Growth, which has produced anti-Biden ads, said Minnesota may help the Trump campaign build momentum.

“They’re looking beyond the poll numbers and seeing the potential there,” said McIntosh, a former congressman from Indiana. “It’s always smart strategy to go on offense somewhere.”

Trump’s path to Minnesota success likely depends on finding more votes in rural, conservative areas –- running up the score beyond his 2016 tally. It’s a strategy he’s trying to pull off in other states and it depends on a robust field operation with the money and time to track down infrequent or first-time voters. That could be a tall order since Minnesota already has one of the nation’s highest voter turnout rates.

“I don’t think they’re there,” said Joe Radinovich, a Democrat who lost a bid for a northern Minnesota congressional district in 2018. Radinovich noted the major organizational challenge and expense in tracking new voters, making sure they’re registered and getting them to vote – especially during a pandemic. “We have relatively high turnout already. Most people vote. I just don’t think it’s there. I think those people showed up in 2016,” he said.

Democrats warn that Biden still may have his work cut out for him. Duluth Mayor Emily Larson said the Trump campaign has far outpaced Biden in local yard signs — which indicates enthusiasm but may not ultimately affect the outcome.

Still, Trump has spent more than a year building a sizable Minnesota ground game. Republicans are out knocking on doors and interacting personally with voters in ways that Democrats mostly have not, preferring online operations because of the coronavirus.

The president’s reelection campaign announced this week a $10 million ad buy in a series of states, including Minnesota. It has spent nearly $17 million on advertising in the state since last October, compared with almost $6.3 million for Biden over the same period, according to a review of Kantar/CMAG data by The Associated Press.

Democrats warn that Biden still may have his work cut out for him. Duluth Mayor Emily Larson said the Trump campaign has far outpaced Biden in local yard signs — which indicates enthusiasm but may not ultimately affect the outcome.

“One of the things the Trump campaign has been very good about is visibility in Duluth, but also in areas around Duluth,” Larson said.

Ken Martin, chairman of the Minnesota Democratic-Farmer-Labor Party, said that while Biden isn’t likely to carry the congressional district that includes Duluth, he might be able to pick up enough support there to deny Trump the votes he needs to win statewide.

“If your opponent is on the ropes or on the ground,” Martin said “you don’t let them get up.”

Related Topics:2020 ElectionFloridaMinnesotaPennsylvania
Up Next