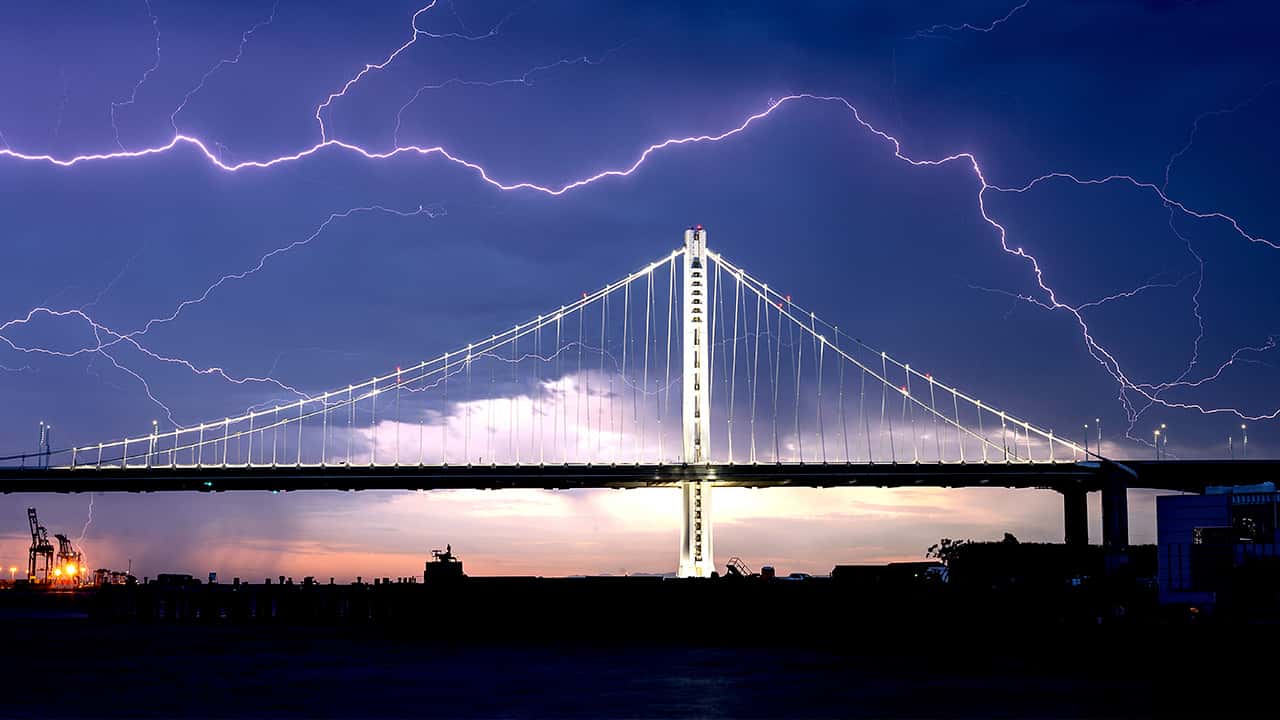 SALEM, Ore. — It began as a stunning light show on a mid-August weekend — lightning bolts crackling in the skies over Central and Northern California, touching down in grasslands and vineyards.

The National Weather Service warned that the dry lightning striking a parched landscape “could lead to new wildfire.”

It turned out to be a huge understatement. Thousands of bolts ignited hundreds of fires in California and at least one in Oregon, setting the stage for some of the most destructive wildfires the West Coast states have seen in modern times.

One month later, firefighters are still battling them, and at least 34 people have died in California, Oregon and Washington.

“What really was jaw dropping for people was the fact that this really changed the paradigm that people have in terms of their sense of security,” said Oregon Department of Forestry spokesman Jim Gersbach. “These burned so close to populated areas, driven by this wind — basically unstoppable.”

The massive wildfires renewed a longstanding debate over whether climate change or a lack of aggressive forest management played the bigger role this time around. Numerous studies have found that a warming Earth, which leads to higher temperatures and drier landscape, increases the likelihood of extreme events and contributes to their severity. But many experts have also argued that more needs to be done to thin forests and reduce debris so that flames have less fuel. FILE – In this Aug. 18, 2020, file photo, an air tanker drops retardant as the LNU Lightning Complex fires tear through the Spanish Flat community in unincorporated Napa County. Two unusual weather phenomena combined to create some of the most destructive wildfires the West Coast states have seen in modern times. (AP Photo/Noah Berger, File)

That Was Just Act I

Before the cluster of lightning strikes, the West’s fire season had been slightly more severe than normal. In Oregon, officials had decided to not let fires grow, ordering that even small blazes be smothered quickly by aircraft, so throngs of firefighters wouldn’t be needed and potentially spread the coronavirus, Gersbach said.

“It’s been a pretty insane 12 hours across the Bay Area,” the National Weather Service forecasters reported, after the lightning storm during which white-hot bolts licked at the span of San Francisco’s landmark Bay Bridge.

But that was just Act I.

A vast high-pressure zone stretching from Alaska to the desert in the Southwest gave Denver a summer snowfall while pushing warm, dry winds toward the Pacific coast, said Greg Jones, a professor and research climatologist at Linfield University in McMinnville, Oregon. Normally, the winds that time of year go in the opposite direction.

Those gusts pushed the fires through trees and brush that had been drying out all summer, causing the blazes to explode in size and sending them rushing into towns and rural homes. Many residents barely had time to flee with just the clothes on their back.

Jones called the weather conditions “likely a once in a generation event.”

For the first time ever, five megafires — defined as covering at least 100,000 acres — were ablaze simultaneously in Oregon last week.

Smoke covered the West Coast states, creating some of the most hazardous air quality in the world. Seattle’s iconic Space Needle was all but hidden in brown haze, topped with an American flag that drooped as if in surrender. The smoke stretched clear across the continent and even blew over parts of Europe.

Armies of firefighters responded. Clad in orange fire-resistant suits and helmets and carrying Pulaski hand tools, they trudged across blackened earth toward the flames. National Guard troops joined the effort. Even local residents tried to save homes by gouging firelines by hand and with excavators and bulldozers.

“You gotta pull together in times like this because it’s like a war zone out here,” Kerry Kuenzi, an area resident who with several dozen others fought a monster fire in the community of Scotts Mills, Oregon, told The Oregonian/OregonLive.

New fires continued to ignite in California and Oregon. One burned near Interstate 5 in Oregon not far from the California state line, turning most of the towns of Phoenix and Talent into a blackened landscape littered with the twisted remains of mobile homes and other structures.

The flames were so intense that firefighters sometimes had to retreat, including those facing a blaze threatening Portland’s southeastern suburbs.

“You can’t really stand there with a hose when you’ve got 30-mile-an-hour winds and dry fuels,” Gersbach said. FILE – In this Aug. 21, 2020, file photo, firefighters make a stand in the backyard of a home in front of the advancing CZU August Lightning Complex Fire in Boulder Creek, Calif. Two unusual weather phenomena combined to create some of the most destructive wildfires the West Coast states have seen in modern times. (AP Photo/Marcio Jose Sanchez, File)

Firefighters from across the nation and Canada have descended on the region to help fight the blazes: There are more than 17,000 in California fighting over two dozen major fires, and more than 6,000 facing about a dozen blazes in Oregon.

About 5,300 square miles have burned this year in California — more than ever before, Cal Fire said. In Oregon, the figure is about 1,560 square miles, nearly double the 10-year average.

Residents are desperately hoping for rain to wash away the choking wildfire smoke. Predicted rains in fire-hit parts of Oregon haven’t arrived yet. California remains dry, though calming winds and lower temperatures — caused in part by the smoke blotting out the sun — have aided firefighters. Small amounts of rain are in the forecast for far northern California and the Sierra Nevada.

More than 38,000 people are still not able to return home in California, Gov. Gavin Newsom said Wednesday. Some 4,000 people remain in shelters in Oregon, according to the American Red Cross.

Some no longer have homes to return to. About 1,600 homes were destroyed in Oregon, the state Office of Emergency Management said, and 4,200 structures burned in California.

For some of those whose homes have survived, it’s too dangerous to return.

With the fire season not yet over, residents are praying for a respite before the next batch of large wildfires.