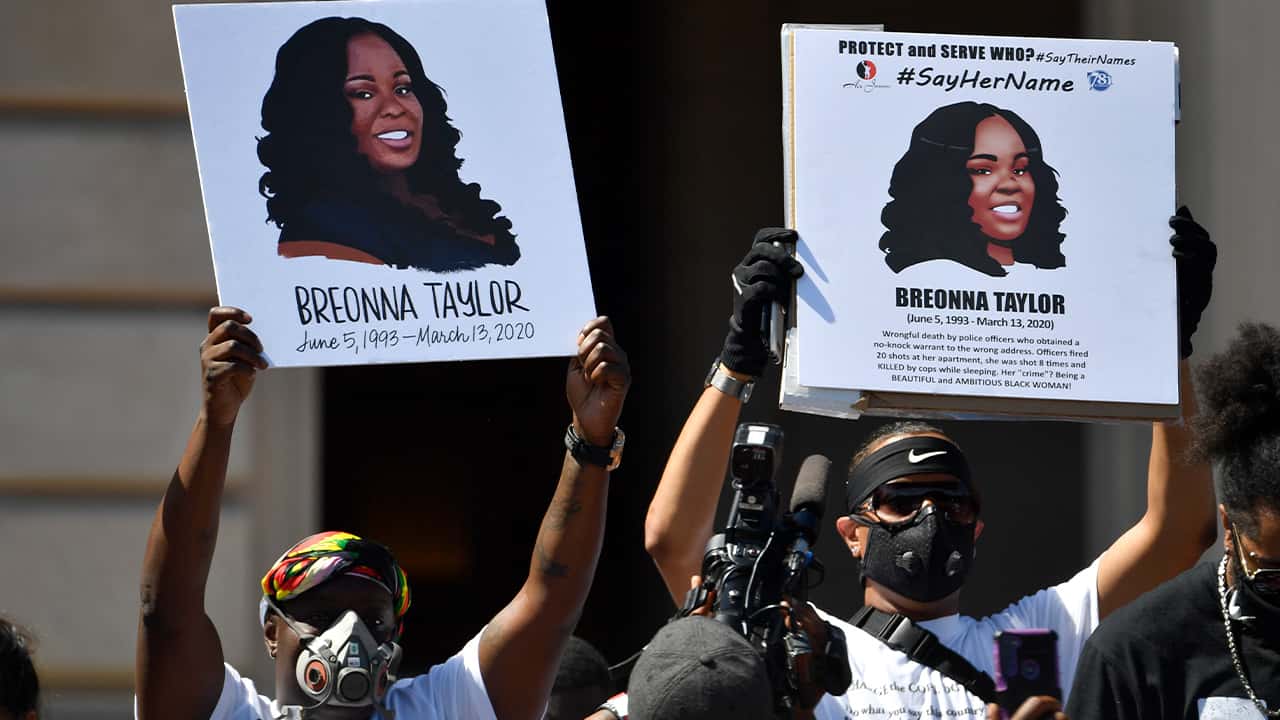 LOUISVILLE, Ky. — The city of Louisville will pay millions to the mother of Breonna Taylor and reform police practices as part of a lawsuit settlement months after Taylor’s slaying by police thrust the Black woman’s name to the forefront of a national reckoning on race.

A person who has seen the settlement told The Associated Press it would be the largest sum paid by the city for a police misconduct case. The source asked not to be identified because the settlement has not been announced publicly.

Taylor’s death sparked months of protests in Louisville and calls nationwide for the officers to be criminally charged. The state’s attorney general, Daniel Cameron, is investigating police actions in the March 13 fatal shooting.

The lawsuit, filed in April by Taylor’s mother, Tamika Palmer, alleged the police used flawed information when they obtained a “no-knock” warrant to enter the 26-year-old woman’s apartment in March. Taylor was roused from her bed before being shot several times and police found no drugs at her home.

Palmer has said she is trying to be patient about the results of Cameron’s criminal investigation and the long wait, which is now six months since her daughter’s death.

In that time, her daughter’s slaying — along with George Floyd and others — has become a rallying cry for protesters seeking a reckoning on racial justice and police reform. High-profile celebrities like Oprah Winfrey and LeBron James have called for the officers to be charged in Taylor’s death. 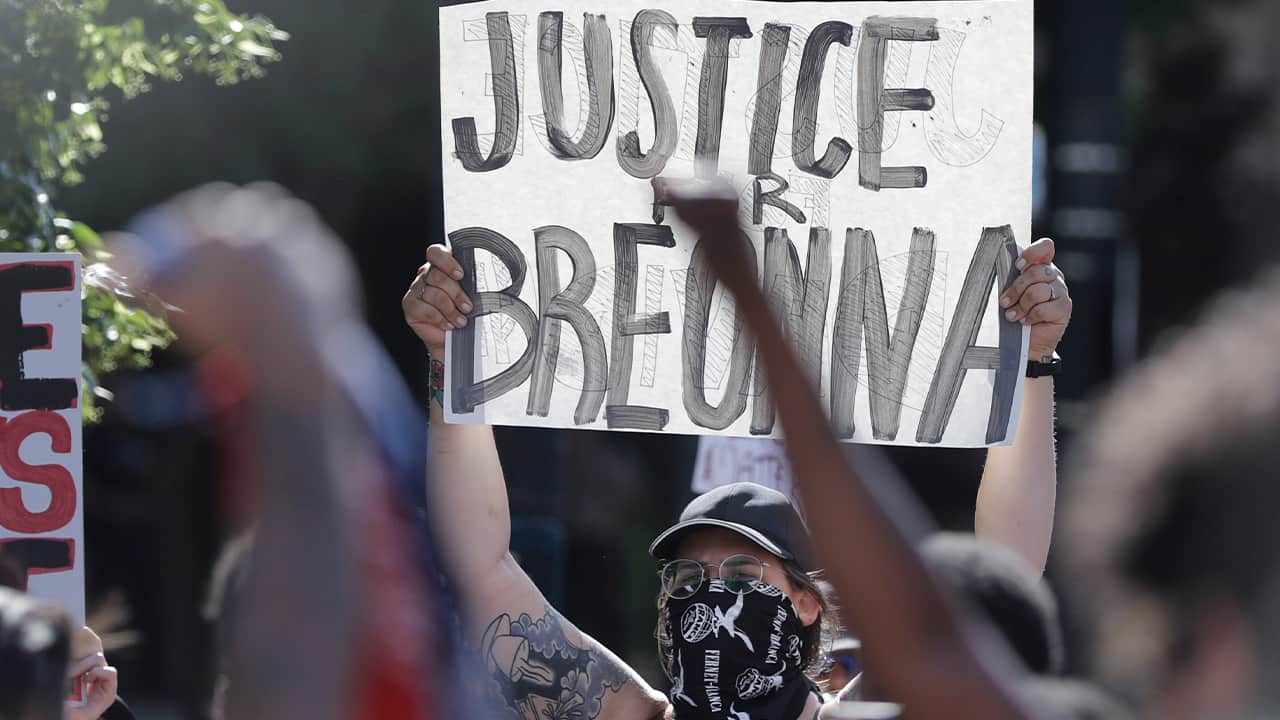 A protester holds a sign during a protest over the deaths of George Floyd and Breonna Taylor, Monday, June 1, 2020, in Louisville, Ky. Breonna Taylor, a black woman, was fatally shot by police in her home in March. (AP Photo/Darron Cummings)

Palmer’s lawsuit accused three Louisville police officers of blindly firing into Taylor’s apartment the night of the March raid, striking Taylor several times. Taylor’s boyfriend, Kenneth Walker, was in the apartment with her and fired a single shot that struck an officer in the leg. Walker said he did not hear police announce themselves and said he thought he was guarding against an intruder.

The warrant was one of five issued in a wide-ranging investigation of a drug trafficking suspect who was a former boyfriend of Taylor’s. That man, Jamarcus Glover, was arrested at a different location about 10 miles (16 kilometers) away from Taylor’s apartment on the same evening.

The settlement will include reforms on how warrants are handled by police. The city of Louisville is expected to announce the details Tuesday afternoon.

The city has already taken some reform measures, including passing a law named for Taylor that bans the use of the no-knock warrants. Police typically use them in drug cases over concern that evidence could be destroyed if they announce their arrival.

The largest settlement previously paid in a Louisville police misconduct case was $8.5 million in 2012, to a man who spent nine years in prison for a crime he did not commit, according to news reports.