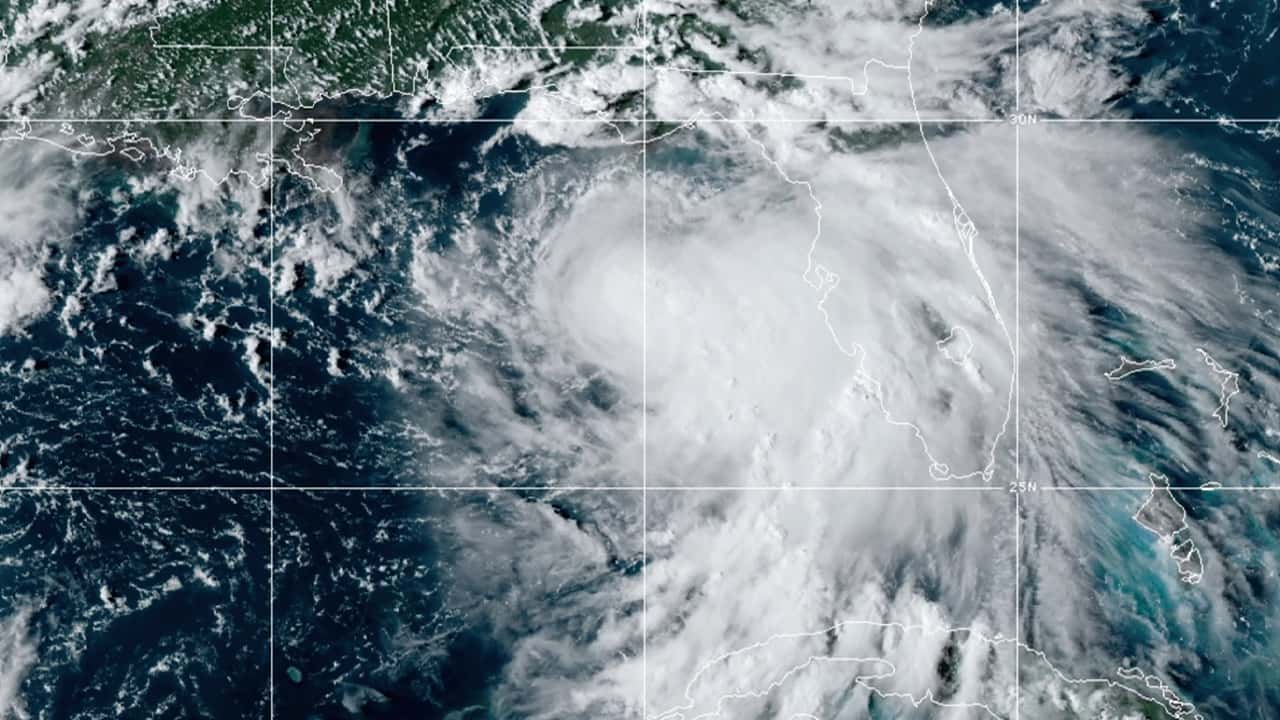 “The bottom line continues to be that Sally is expected to be a dangerous slow-moving hurricane near the coast of southeastern Louisiana, Mississippi and Alabama during the next 2-3 days,” the National Hurricane Center said early Monday.

Sally is perhaps the least welcome guest among lots of company: For only the second time in recorded history, there are five tropical cyclones churning in the Atlantic basin, meteorologist Philip Klotzbach said: Paulette, Rene, Teddy and now Vicky also are spinning over ocean waters.

In the Old Town neighborhood of Bay St. Louis, Mississippi, Jeremy Burke, who owns the Bay Books bookstore was picking up things from the floor in case of flooding. Outside, he said the picturesque town popular as a weekend getaway from New Orleans, about 60 miles (95 kilometers) to the west, was nearly empty.

“It’s turning into a ghost town,” he said. “Everybody’s biggest fear is the storm surge, and the worst possible scenario being that it just stalls out. That would be a dicey situation for everybody.”

The National Hurricane Center said it was too early to tell exactly where Sally would come ashore, because it’s still not known when it would make a turn to the north. At 10 a.m. local time, it was about 135 miles (220 kilometers) east-southeast of the mouth of the Mississippi River. Its top sustained winds were 85 mph (140 kmh) and it was moving toward the coast at just 6 mph (9 kph).

People in New Orleans were watching the storm’s track intently. A more easterly landfall would likely bring the heavier rains and damaging winds onto the Mississippi coast, or east of that. Already outer bands from the storm were hitting the Florida Panhandle.

A more westerly track would pose another test for the low-lying city, where heavy rains have to be pumped out through a century-old drainage system. Officials with the Sewerage and Water Board said Sunday that all of the pumps were in operation ahead of the storm, but the aging system is also susceptible to breakdowns.

Sally is expected to reach shore by early Tuesday, bringing dangerous weather conditions, including risk of flooding, to a region stretching from the western Florida Panhandle to southeast Louisiana.

The Hurricane Center warned of an “extremely dangerous and life-threatening storm surge” for areas outside the levee protection system that protects the greater New Orleans area stretching from Port Fourchon, Louisiana, to the Alabama/Florida border.

“I know for a lot of people this storm seemed to come out of nowhere,” said Louisiana Gov. John Bel Edwards Sunday. “We need everybody to pay attention to this storm. Let’s take this one seriously.”

It was just a little over two weeks ago when the opposite end of the state was bracing for Hurricane Laura, which blew ashore on August 27 as a Category 4 hurricane in Cameron Parish, which borders Texas. That storm scoured the southwestern Louisiana coast and the city of Lake Charles, ripping houses of roofs and leaving large portions of the city uninhabitable. So far 32 people have died in Texas and Louisiana, the vast majority of them in Louisiana.

A Mandatory Evacuation Has Already Been Issued in Grand Isle, Louisiana

Mississippi officials warned that the storm was expected to coincide with high tide, leading to significant storm surge.

Sally could produce rain totals up to 24 inches (61 centimeters) by the middle of the week, forecasters said. Its maximum sustained winds Monday morning were near 65 mph (100 kph).

“That system is forecast to bring not only damaging winds but a dangerous storm surge,” said Daniel Brown of the Hurricane Center. “Because it’s slowing down it could produce a tremendous amount of rainfall over the coming days.”

The entire island of Bermuda, where homes are built to withstand major hurricanes, was inside the eye of Hurricane Paulette on Monday morning. Once a tropical storm, Rene was forecast to become a remnant low Monday. Teddy became a tropical storm Monday morning, and was expected to become a hurricane later in the week, forecasters said. And Tropical Storm Vicky formed east of the Cape Verde islands.

All northern Gulf Coast states are urging residents to prepare.