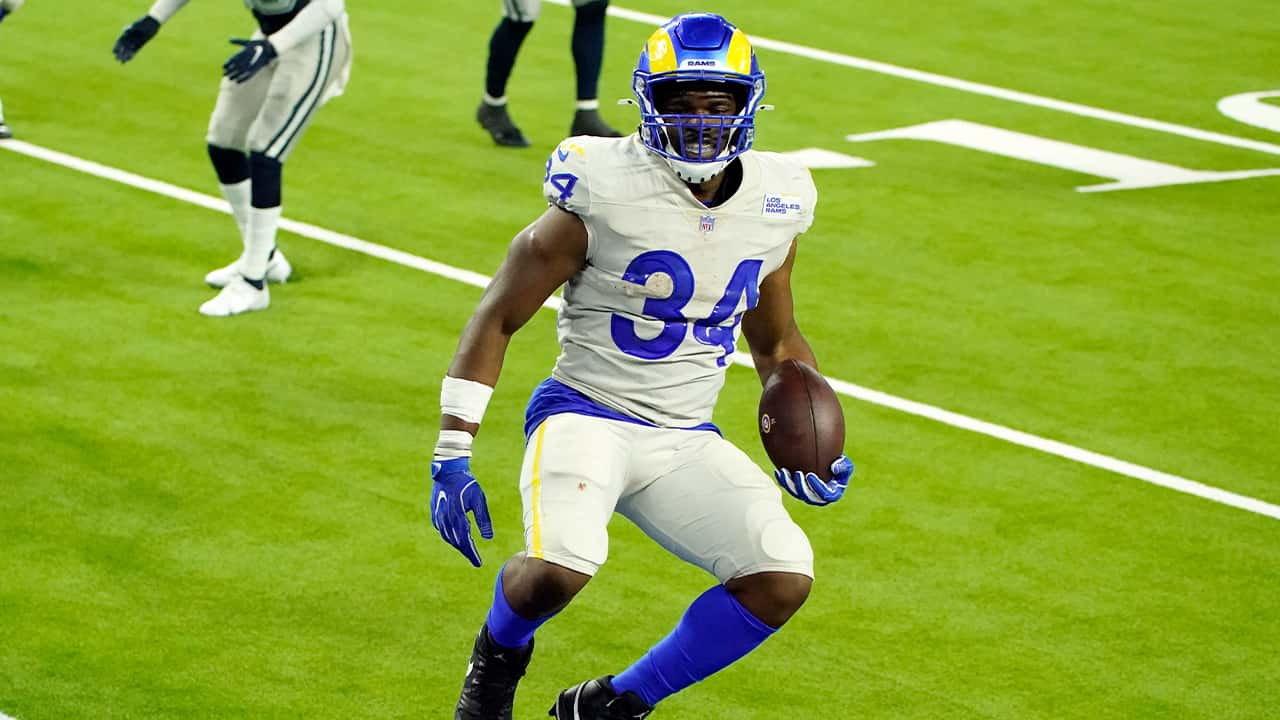 INGLEWOOD, Calif. — The Los Angeles Rams ran through their tunnel and into empty SoFi Stadium for the very first time amid sparkling fireworks, flashing lights and the prerecorded cheers of fans watching from home.

So this isn’t the Hollywood ending that anybody pictured on a landmark night for professional football’s return to Los Angeles.

The Rams will still take plenty of sweet memories from this inaugural game.

“It was a special day,” said Goff, who went 20 for 31. “It’s not the way you’d imagine it, but I think we’ll look back on this a long time from now and realize the importance of it, but it was really cool to go out there and get a win and play really well.”

Robert Woods had six catches for 105 yards as the Rams improved to 4-0 in season openers under coach Sean McVay and spoiled the debut of Mike McCarthy, Dallas’ first new head coach in a decade.

Ezekiel Elliott rushed for 96 yards and a touchdown and caught another scoring pass, but the Cowboys began a season of high expectations by losing three starters to injury in the first half and then failing to mount a late comeback in a scoreless fourth quarter for both teams.

“We needed to find a way to win it, and we didn’t get it done,” McCarthy said. “I thought we did a real good job getting ready. We are playing a team that has experience. You can see how efficient they are on offense in their fourth year. Our defense played a lot of snaps.”

Dak Prescott passed for 266 yards and a touchdown, but Dallas managed three points on its six drives in the second half.

Dallas managed only 15 net yards on its final 10 plays of the game. Michael Gallup made a long catch that would have put the Cowboys in field goal range with 21 seconds left, but was called for offensive pass interference for contact with Jalen Ramsey.

“It was a huge chance,” Prescott said. “We had a big two-minute drive at the end of the half. We were still able to move and get some progress, but we didn’t get it done. But it is Game 1.”

The opening of Rams owner Stan Kroenke’s $5 billion stadium project was a historic night for the Los Angeles area, albeit one that should have been much more festive. The coronavirus pandemic prevented Rams fans from christening the palatial stadium, which is scheduled to host next season’s Super Bowl, the 2023 college football championship game and the 2028 Los Angeles Olympics.

“You realize how much you appreciate the crowd,” McVay said. “I thought I guys did a great job bringing their own energy. I was really pleased with the energy we had from our sideline, but when that’s the only thing you’re hearing, it is eerie. What a cool thing to be able to get a win for Mr. Kroenke tonight, (but) I think I’ll remember the silence.”

The Rams got the ball first in their new home, and Goff hit Woods with a short pass that turned into a 20-yard gain on the building’s first play from scrimmage. The 75-yard opening drive ended with Brown’s 1-yard plunge for the stadium’s first touchdown.

“It’s exciting to do that,” Brown said. “I feel like I may live forever, know what I’m saying?”

While the Cowboys vehemently disagreed with the pass interference call on Gallup, Ramsey felt equally strongly.

“If they hadn’t have called that, I would have been really upset,” Ramsey said. “That was clear as day, in my opinion.”

After calling a conservative play on third down, McCarthy curiously went for it on fourth and 3 from the Los Angeles 11 with about 12 minutes to play. Rams rookie safety Jordan Fuller made a superb tackle on fellow rookie CeeDee Lamb before the marker.

“I realize it was a three-point game, but there was time left but we were playing well,” McCarthy said. “My mindset was trying to create more momentum.”

Lamb had five catches for 59 yards in the first-round pick’s first NFL appearance.

Van Jefferson’s first career reception was a beautiful 31-yard grab in the second quarter, but it was the promising Rams rookie’s only catch.

Rookie kicker Samuel Sloman put his first career field goal attempt off the left upright from 29 yards out, but he recovered to hit two field goals for the Rams.

Rams tight end Gerald Everett injured his back in the second half.

Cowboys: Host the Atlanta Falcons in their home opener on Sunday.

LeBron, Lakers on the Cusp of Reaching West Finals