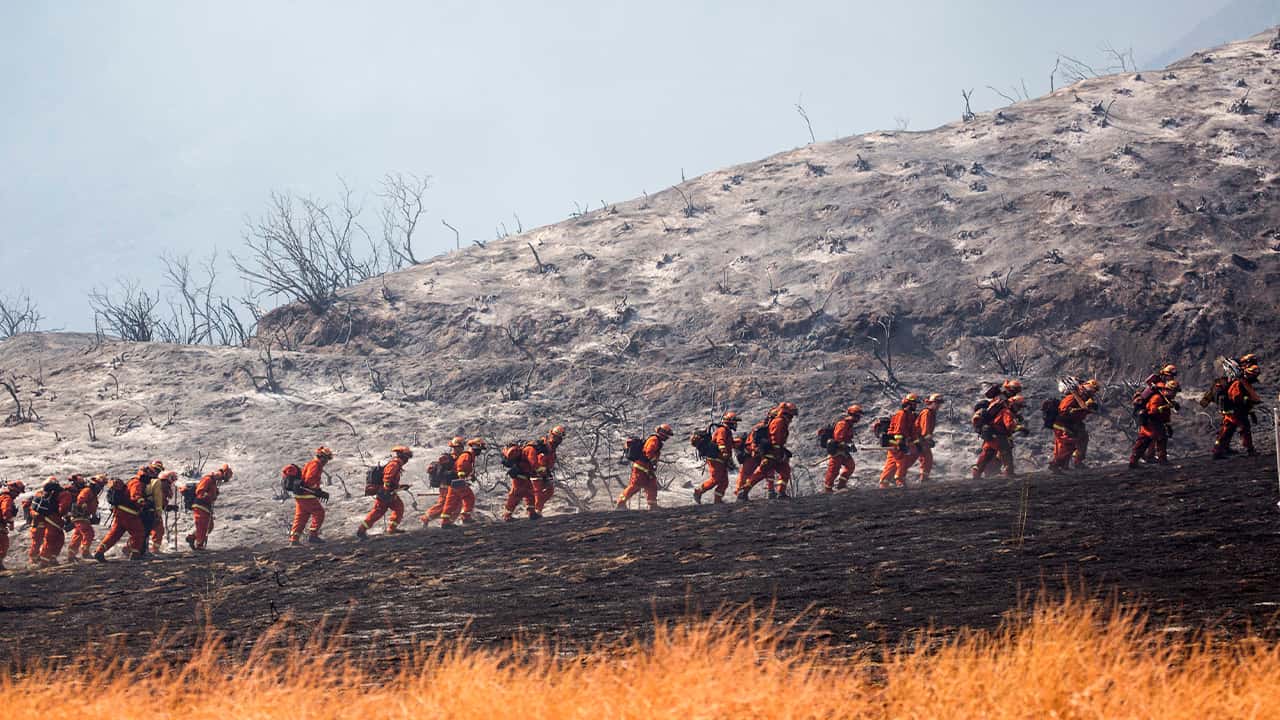 SACRAMENTO — California’s inmate firefighters will have a shot at becoming professional firefighters once they complete their sentences, under a bill Gov. Gavin Newsom signed into law on Friday.

The new law will allow state and county inmates who train as firefighters to seek to erase the criminal records that often are a bar to employment as firefighters or in other professions.

The measure “will give those prisoners hope of actually getting a job in the profession that they’ve been trained,” Newsom said as he signed the bill against a backdrop of grey ash and charred trees near Lake Oroville, site of one of the most devastating of the many fires that have charred the state in recent weeks.

California has been struggling in recent years to field enough inmate firefighters because of changes in state law that have reduced the number of lower-level offenders in state prisons. Court rulings also ended some of the incentives for inmates to risk their lives fighting fires when they could earn similar early release credits with less dangerous duties.

The shortage grew this year, as thousands more inmates were released early in a bid to slow the spread of the coronavirus through prisons, pushing the number of inmate firefighters down about 30% from last year.

The new law may create a new incentive, by allowing former inmate firefighters, after their release, to ask a judge to withdraw their plea of guilty. The judge could opt to then dismiss the accusations.

The Bill’s Passage Was Hailed by Criminal Justice Reform Groups

The measure excludes those convicted of certain violent felonies and sex offenses, and the ex-offender would still have to disclose the conviction if he or she applies to become a teacher.

The expungement would give the former firefighters the ability to apply for any of more than 200 occupations that require a state license, an opportunity lost to most people with criminal records, according to Assemblywoman Eloise Reyes, a Democrat from San Bernardino who authored the bill.

“These individuals have received valuable training and placed themselves in danger to defend the life and property of Californians,” she said in a legislative analysis. “Those individuals that successfully complete their service in the fire camps should be granted special consideration relating to their underlying criminal conviction.”

The bill’s passage was hailed by criminal justice reform groups, and Newsom said it was supported by various unions including those representing professional firefighters.

The district attorneys association had argued against the bill, saying that expungement of criminal records should be limited to lower-level offenders, few of whom remain in state prisons. It said the incentive should be limited to those who are sent to county jails and not state lockups.