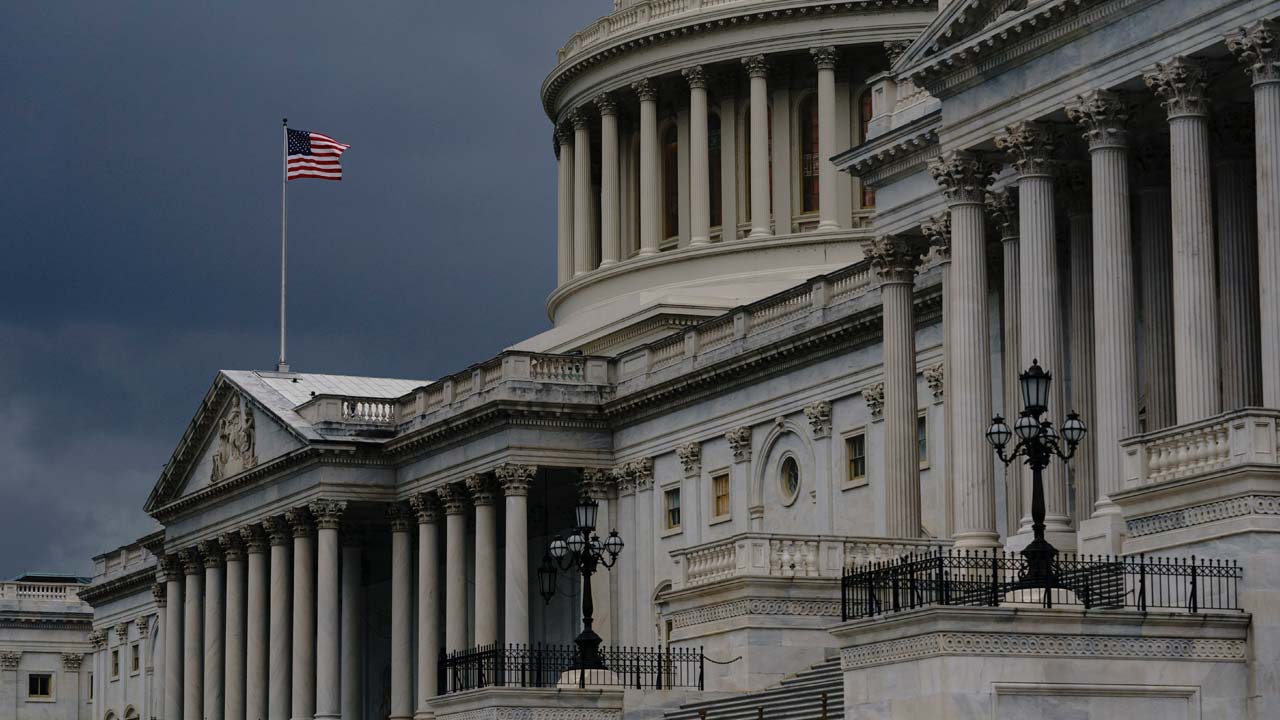 WASHINGTON — Senate Majority Leader Mitch McConnell said Tuesday the Senate would vote on a trimmed-down Republican coronavirus relief package, though it has a slim chance of passage in the face of Democrats’ insistence for more sweeping aid.

The Kentucky Republican released the approximately $500 billion measure as senators returned to Washington for an abbreviated pre-election session, as hopes are dimming for another coronavirus relief bill — or much else.

Republicans struggling to retain their Senate majority this fall have been divided, with some GOP senators in close races anxious to respond further to the pandemic, even as conservatives are tiring of all the spending and passing legislation in concert with liberal House Speaker Nancy Pelosi.

McConnel Admits Package is Far Less than Democrats are Seeking

McConnell acknowledged the package he will be putting forward “does not contain every idea our party likes.” And he said it was far less than what Democrats are seeking.

“Yet Republicans believe the many serious differences between our two parties should not stand in the way of agreeing where we can agree,” he said.

Republican senators such as Susan Collins of Maine are eager to show constituents they are continuing to work to ease the pandemic’s disastrous impact on jobs, businesses and health. But many Senate Republicans are resisting more spending and the scaled-back bill is roughly half the size of a measure McConnell unveiled earlier this summer.

McConnell’s move Tuesday would clear the way for a Thursday test vote in which Democrats are sure to block the legislation. Pelosi and Senate Minority Leader Chuck Schumer, D-N.Y., said the bill “doesn’t come close to addressing the problems and is headed nowhere.”

Includes a Shield Against Lawsuits

McConnell’s bill would provide $105 billion to help schools reopen, enact a shield against lawsuits for businesses and others that are powering ahead to reopen, create a scaled-back $300-per-week supplemental jobless benefit, and write off $10 billion in earlier debt at the U.S. Postal Service. There’s $31 billion for a coronavirus vaccine, $16 billion for virus testing and $15 billion to help child care providers reopen. There is additionally $20 billion for farmers.

The package will also include a school choice initiative sought by Texas GOP Sen. Ted Cruz and others that would provide a tax break, for two years, for people who donate to nonprofit organizations offering private school scholarships.

It would also provide for a $258 billion second round of “paycheck protection” subsidies for businesses that have been especially hard-hit by the pandemic.

But it won’t contain another round of $1,200 direct payments going out under Trump’s name. Pelosi, D-Calif., continues to demand a package totaling $2.2 trillion, and while Trump’s negotiators have signaled a willingness to inch further in her direction, a significant gap remains.

Talks between top Democrats and the Trump administration broke off last month and remain off track, with the bipartisan unity that drove almost $3 trillion in COVID-19 rescue legislation into law this spring replaced by toxic partisanship and a return to Washington dysfunction.

Expectations in July and August that a fifth bipartisan pandemic response bill would eventually be birthed despite increased obstacles has been replaced by genuine pessimism. Recent COVID-related conversations among key players have led to nothing.

Democrats Seem Secure in their Position

Democrats seem secure in their political position, with President Donald Trump and several Senate GOP incumbents lagging in the polls. Trump is seeking to sideline the pandemic as a campaign issue, and Republicans aren’t interested in a deal on Democratic terms — even as needs like school aid enjoy widespread support.

Poisonous relationships among key leaders like Pelosi and White House Chief of Staff Mark Meadows give little reason for confidence about overcoming obstacles on the cost, scope and details of a potential relief bill. Pelosi recently referred to Meadows as “whatever his name is,” while the Meadows-run White House during a press briefing ran a video loop of Pelosi’s controversial visit to a San Francisco hair salon.

The relationship between Pelosi and her preferred negotiating partner, Treasury Secretary Steven Mnuchin, is civil but isn’t generating much in the way of results, other than a promise to avoid a government shutdown at the end of the month by keeping a government-wide temporary spending bill free of controversy. That measure is likely to keep the government running into December. It’s likely to contain a bunch of lower-profile steps, such as an extension of the federal flood insurance program and a temporary reauthorization of spending from the highway trust fund.

But if talks continue to falter, there’s little to keep lawmakers in Washington long, particularly with the election fast approaching.

The Senate returns on Tuesday to resume its diet of judicial and administration nominations. The House doesn’t come back until Sept. 14 for a schedule laden with lower-profile measures such as clean energy legislation and a bill to decriminalize marijuana. Some Democrats are expected to continue to take advantage of remote voting and may not return to Washington at all.