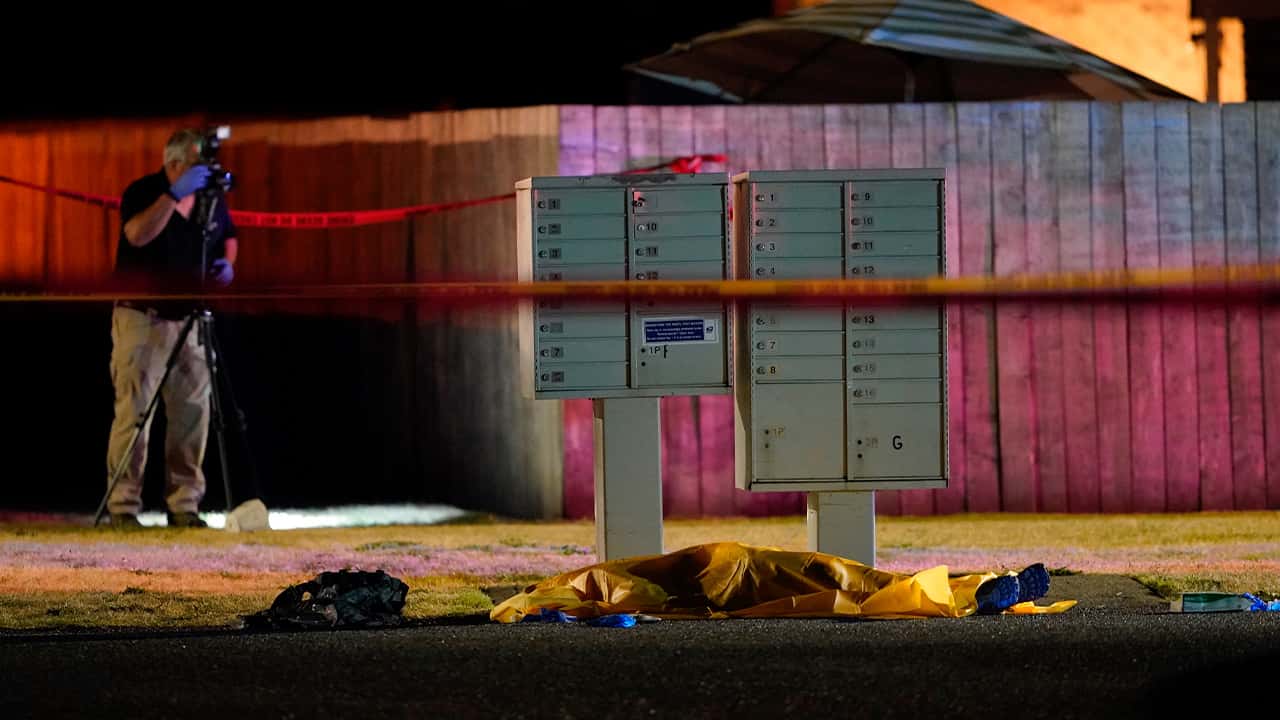 LACEY, Wash. — A team of law enforcement officers fatally shot a man suspected of being the gunman who killed a supporter of a right-wing group in Portland, Oregon, last week after a caravan of Donald Trump backers rode through downtown, the U.S. Marshals Service said Friday.

Michael Forest Reinoehl, 48, was killed as a federal task force attempted to apprehend him near Lacey, Washington, about 120 miles (193 kilometers) north of Portland. Reinoehl was suspected in the killing of 39-year-old Aaron “Jay” Danielson, who was shot in the chest Saturday night, a senior Justice Department official told The Associated Press.

Federal agents from the FBI and the U.S. Marshals Service had located him on Thursday after a warrant was issued for his arrest, and Reinoehl pulled a gun during the encounter, the official said. The official wasn’t authorized to discuss the matter publicly and spoke to the AP on condition of anonymity.

“Initial reports indicate the suspect produced a firearm, threatening the lives of law enforcement officers. Task force members responded to the threat and struck the suspect who was pronounced dead at the scene,” the statement said.

The U.S. Marshals Service fugitive task forces, comprised of deputy marshals, other federal agents and local law enforcement officers from a variety of agencies, are responsible for apprehending violent felons and other wanted suspects.

Brady said investigators haven’t yet determined how many rounds were fired.

The suspect was alone at the time of the shooting, Brady said, with no children or other people present.

Brady said he doesn’t think the suspect lived at the address where he was shot, and it’s not clear what brought him to Lacey.

“We don’t know that specifically yet,” Brady said. “I do not believe that was his residence.”

Reinoehl had described himself in a social media post as “100% ANTIFA.” A regular presence at anti-racism demonstrations in Portland, he suggested the tactics of counter-protesters amounted to “warfare,” and had been shot at one protest and cited for having a gun at another.

Police cited Reinoehl on July 5 on allegations of possessing a loaded gun in a public place, resisting arrest and interfering with police.

On July 26, Reinoehl was shot near his elbow after he got involved in a scuffle between an armed white man and a group of young people of color. The man who was carrying that gun, Aaron Scott Collins, told The Oregonian/OregonLive that he and a friend had just left a bar when they saw the group harassing an older Black man. His friend began filming them with a phone, and the group confronted them, calling them Nazis, he said.

Reinoehl later that day spoke to an AP videographer. His arm was wrapped in a bloody bandage; he said he was on his way to meet protest medics so they could change it.

He said he didn’t know what had started the altercation between Collins and the group, but that several people had decided to intervene when they saw Collins fighting with minors.

“As soon as the adults jumped in, he pulled out a gun,” Reinoehl said. “I jumped in there and pulled the gun away from people’s heads, avoided being shot in the stomach and I got shot in the arm.”

Reinoehl also was wanted on a warrant out of Baker County in Eastern Oregon, where court records show he skipped a hearing related to a June case in which he has been charged with driving under the influence of controlled substances, reckless driving, reckless endangerment and unlawful possession of a firearm.

Police said he drove on an interstate at up to 111 mph (179 kph), with his daughter in the car, while racing his 17-year-old son, who was in a different vehicle.

Protests have erupted daily in the Pacific Northwest city since the police killing of George Floyd in Minneapolis.

With unruly demonstrations in Portland nearing the 100-day mark, Oregon Gov. Kate Brown and other Democratic leaders on Thursday called for an end to violence, even as federal agents were continuing to arrest protesters who allegedly assaulted law enforcement officers.

“The violence must stop,” Brown wrote. “There is no place for white supremacy or vigilantism in Oregon. All who perpetrate violent crimes must be held equally accountable.”

The statement does not single out the small minority of left-wing protesters who have been setting fires, vandalizing buildings and throwing objects at police. But Brown’s spokesman, Charles Boyle, said it “is a collective call to action for an end to violence in Portland and affirms that those who commit violent acts must be held accountable.”

Brown’s condemnation of violence was also signed by almost two-dozen state and local politicians, a host of organizations including the local NAACP chapter, and the city’s professional sports teams: the Trailblazers NBA team, the Timbers soccer team and the Thorns women’s soccer squad.

Protesters returned Thursday night to a law enforcement building that’s a frequent site of protests in Portland. Police said demonstrators threw objects at officers and vehicles at the Penumbra Kelly building. A vehicle drove through the protest, “narrowly missing people in the group,” a police statement said. The driver was later stopped and cited; police additionally arrested two protesters. Support vehicles that police said were used to block traffic were cited and one was towed.

Portland Police Chief Chuck Lovell also has denounced protesters who broke windows and set a fire this week to a business in the upscale apartment building where Mayor Ted Wheeler lives. Protesters are angry that Wheeler has not stopped officers from using batons and tear gas against Black Lives Matter protesters. Wheeler now reportedly plans to move out of the building.

As of a week ago, 74 people were facing federal charges for crimes allegedly committed during demonstrations in Portland since at least May 29, U.S. Attorney Billy Williams said.