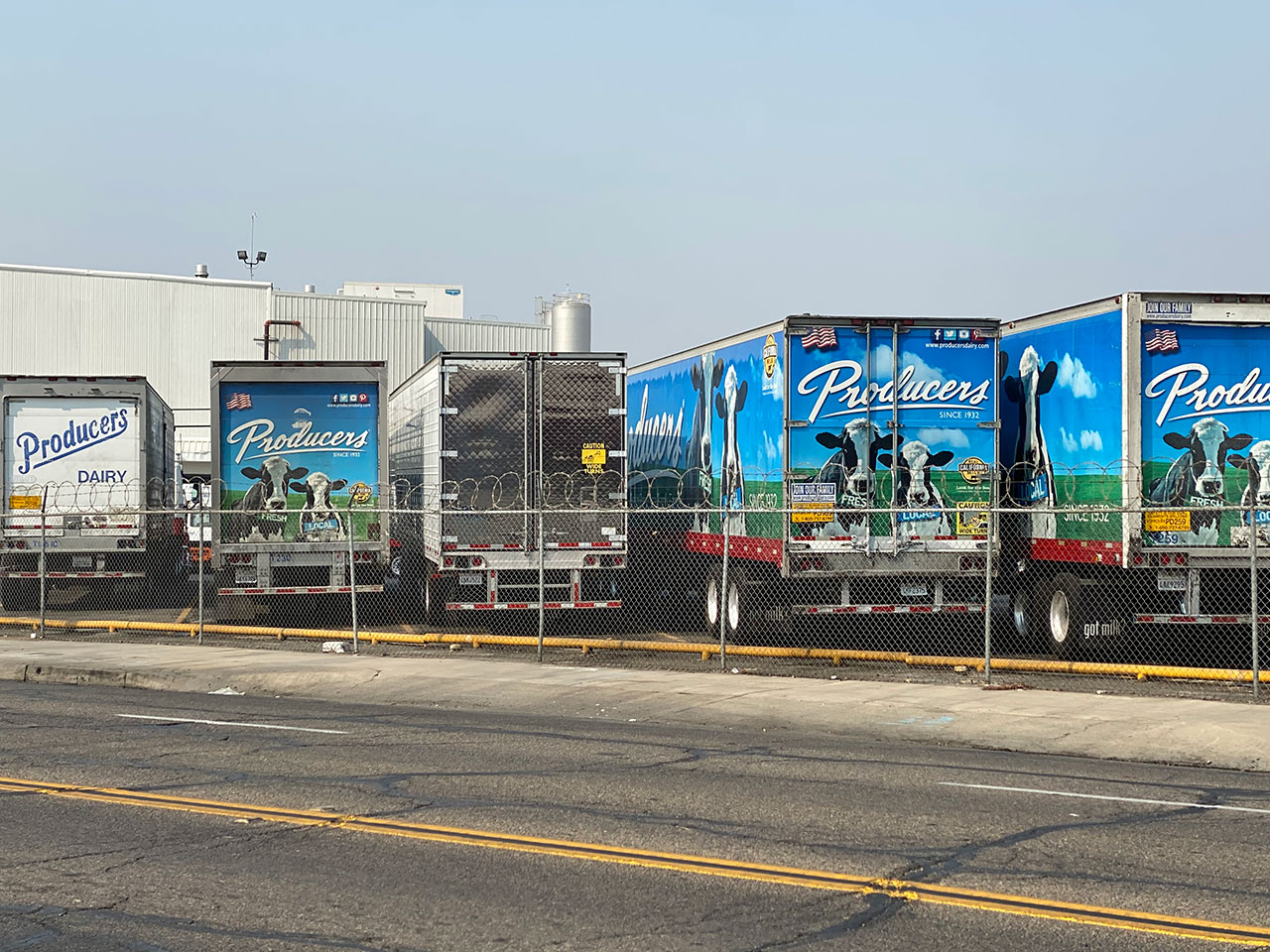 Producers Dairy wants to close H Street between Palm and Belmont avenues — south of the Tower District — citing the need for truck parking. The proposal would allow for a consolidated route for Producers’  trucks coming in and out and onto the highway.

“We’ve been looking for quite some time trying to find a parking solution,” said Producers Dairy President Scott Shehadey.

Community members object to the plan and have scheduled demonstrations.

“Who gets the street is really what it comes down to. Does the public get to keep the street or are we going to give this gift to private industry?” said Kiel Lopez-Schmidt, a vocal opponent of the project.

The city is holding a virtual meeting on Thursday at 6 p.m. to update the community about the plan. 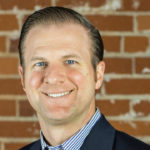 “That reduces the environmental impact of our trucks in the neighborhood. It reduces the risk related to public safety of those trucks being on the road, the impact on those roads. So those things all are a benefit.” — Scott Shehadey, Producers Dairy president

Located in the triangle between H Street, and Palm and Belmont avenues, Producers takes raw milk from around the Valley, processes it, and sends it back out on the road.

Trucks are parked at multiple locations in the area. The goal, Shehadey says, is to consolidate parking closer to the main plant.

Parking at a Thorne Avenue location was lost because of High-Speed Rail.

Producers previously presented a plan to the city to expand the parking lot at an old cheese plant it owns on Belmont, between Ferger and Roosevelt avenues, a block away from its main facility.

Lopez-Schmidt said Producers wasn’t living up to covenants it made regarding the property.

“I think we really moved some council members to just see that Producers wasn’t living up to their word and this wasn’t the right use of the property. It’s right next to several homes,” Lopez-Schmidt said.

As an alternative, Producers has a pending purchase of a property with an old mill at 315 N. H Street, but the deal is contingent on the city closing the road.

In addition, Producers wants to demolish a number of buildings along H Street and improve the road.

The Fresno Economic Development Corporation would be one of several organizations that could redevelop the cheese plant property, based on information the dairy plans to present Thursday night and shared with GV Wire℠.

“Our desire is to find a use for this property that would be good for the community,” Producers says. Opponent: Our Health is More Important

Lopez-Schmidt grew up in a neighborhood near Producers. He is leading the charge to fight the plan.

In its draft environmental report, Producers says there are unavoidable impacts to the project, such as noise and removal of historic resources.

“That’s unacceptable for us. And we want to continue to push that our neighborhood’s health is important,” Lopez-Schmidt said.

Lopez-Schmidt formed a coalition of neighbors and businesses that created a 10-point plan. Some items such as removing a feed mill are included in the Producers’ plan as well. Another demand is to keep H Street open.

The coalition’s plan calls for Producers to purchase and renovate buildings on the west side of H Street to use as parking, complete with traffic signals to travel on and off the road.

He is organizing a demonstration Thursday during rush hour to protest the Producers’ proposal. A view of H Street looking north from Palm Avenue. Producers Dairy is requesting that the city to shut down a portion of the road (GV Wire/David Taub) 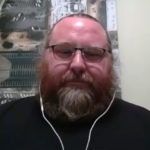 “If their efficiency and profitability are at cost to the public health … that’s not something that’s acceptable for our neighborhood.” — Kiel Lopez-Schmidt, plan opponent

A June 2019 audit included in Producers’ environmental impact report found that more than 500 trucks traveled between the dairy’s facilities in downtown Fresno in a month. If the dairy can consolidate truck parking up and down H Street, it would save more than 500 minutes and 100 miles of travel time.

“That reduces the environmental impact of our trucks in the neighborhood,” Shehadey said. “It reduces the risk related to public safety of those trucks being on the road, the impact on those roads. So those things all are a benefit.”

Lopez-Schmidt countered that while the vehicle miles for trucks might decrease, rerouting traffic would increase driving.

“If their efficiency and profitability are at a cost to the public health … that’s not something that’s acceptable for our neighborhood,” Lopez-Schmidt said.

Among the other benefits Producers says their project entails: blight removal, reduced pollution and truck traffic, and working with Tree Fresno to “ensure landscaping fits the neighborhood and climate.”

The feed mill on H Street at Palm would come down as part of the plan. Shehadey estimated the entire project could be completed in 24 months for up to $4 million.

Documents for the project can be found here. The city is taking public comment through Sept. 14. The feed mill on H Street and Palm Avenue would come down, according to a plan from Producers Dairy (GV Wire/David Taub)

If H Street is closed down, public traffic would use Palm and Belmont instead. Producers’ trucks would enter its plant from northbound Palm at Franklin Avenue and exit on H Street to Belmont to Highway 99.

“It’s going to shift traffic. There’s no question. But the offset to our reduction and then the different traffic patterns that people choose — whether it’s people traveling right around here or people traveling across town that might choose to use the freeway as another alternative ride to come downtown — which would really be better than traveling through the neighborhoods,” Shehadey said.

“This isn’t something that should be a burden on the community that we need to give up the street because an industrial use has grown too much for its own property,” Lopez-Schmidt.

“We’re definitely listening and trying to do everything we can within reason to make this win for everybody. That would be our hope.” — Producers President Scott Shehadey

“Producers has been a problem in the neighborhood for generations now, basically ever since they started operating,” Arias said.

Instead of sending a notice to neighbors within 1,000 feet as required by law, the city sent out notices within a one-mile radius.

Producers has been at the location since 1932. It is surrounded by other industrial buildings, auto shops, and residential homes.

“I’ve been following this very closely. I actually spoke out when I was a candidate for city council in favor of making sure the company honored the covenants. I’m in listening mode at this point,” Arias said.

Arias is most interested in hearing from those residents to gauge what to do next.

“We’ve done an exhaustive environmental study. That’s what I want to show the neighborhoods in that area to make sure that they understand it and that we hear directly from (them),” Arias said.

“We’re definitely listening and trying to do everything we can within reason to make this win for everybody. That would be our hope,” Shehadey said. “If it doesn’t get approved, then we’re going to be stuck doing what we’re doing today, which is trucks driving all over.” Map of the Producers’ plan to shut down H Street from an environmental impact report. (City of Fresno)

This is part of Producers Dairy scheduled presentation on Thursday relating to its environmental impact report.


[Correction, 9/02/2020 12:35 p.m.: Producers is talking with Fresno EDC, not Fresno EOC, regarding the cheese plant location.]
Related Topics:environmentFresnoKiel Lopez-SchmidtProducers DairyScott Shehady
Up Next