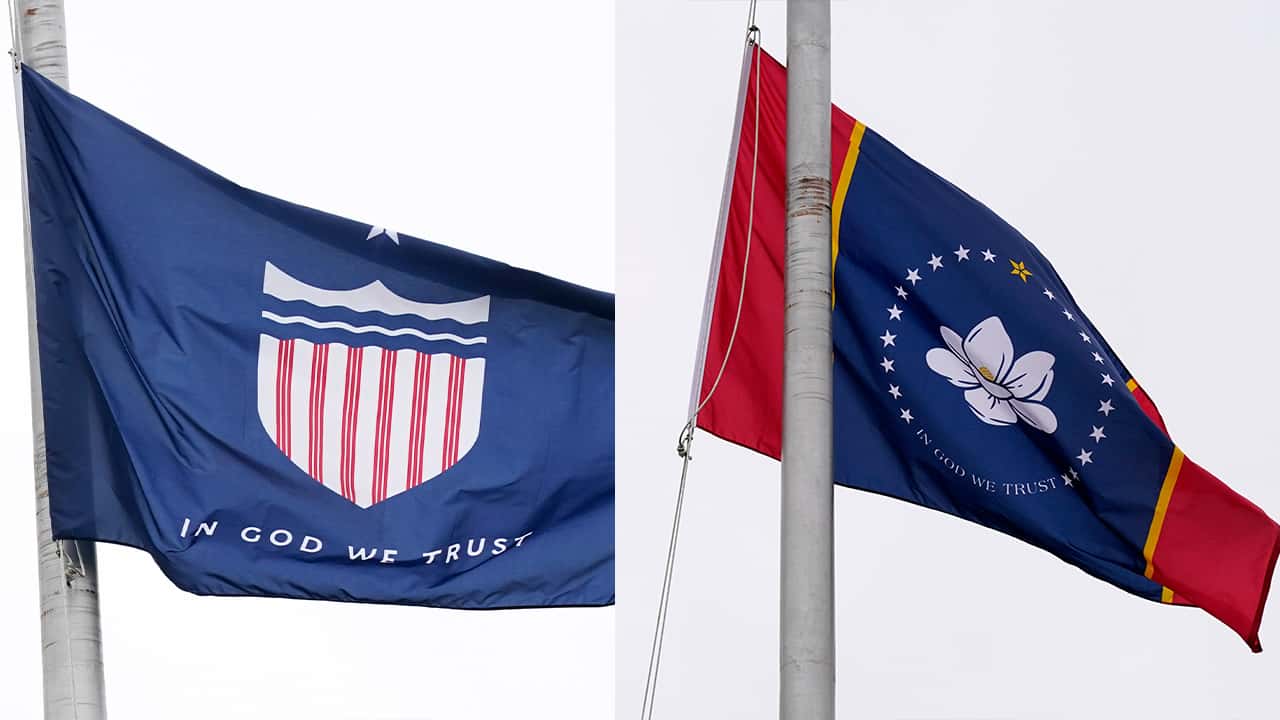 JACKSON, Miss. — A commission on Wednesday is choosing a single proposal to replace a state flag that Mississippi retired because the 126-year-old banner included the Confederate battle emblem that’s widely seen as racist.

The commissioners’ recommendation will go on the November ballot. If voters accept the design, it will become the new state flag. If they reject it, the design process will start anew — and Mississippi will remain a state without a flag for a while longer.

One of the top designs has a shield; the other, a magnolia.

The commissioners’ recommendation will go on the November ballot. If voters accept the design, it will become the new state flag. If they reject it, the design process will start anew — and Mississippi will remain a state without a flag for a while longer.

Legislators shelved the Confederate-themed flag two months ago against the backdrop of widespread protests over racial injustice. The flag had been divisive for decades in a state with a 38% Black population. The final push for change came from business, education, religious and sports groups — including, notably, the Mississippi Baptist Convention and the Southeastern Conference.

By law, the new flag cannot include the Confederate battle flag, and it must have the phrase, “In God We Trust.” The public submitted nearly 3,000 designs.

A commission appointed by the governor, lieutenant governor and House speaker narrowed the choices to the final two last week. Creators of the final designs say their work reflects a love for Mississippi and a desire for a banner that a wide range of people can fly with pride.

Each finalist has a single star made of diamond shapes representing the Native American people who lived on the land before others arrived.

The magnolia flag is a combination of elements submitted by five people. Four live in Mississippi, and one is a Mississippi native living in San Francisco.

The flag with the shield, nicknamed the “Great River Flag,” is by graphic designer Micah Whitson, who grew up in Alabama, graduated from the University of Mississippi and now lives in Boston. Whitson has been creating art that he calls “love letters” to the South, where his wife also grew up.

Whitson, 39, said Tuesday that when Mississippi sought designs for a new flag, “I was like, ‘Come on, this was the moment I was made for.’”

He said the shield is inspired the Mississippi Territory seal, issued in 1798. Whitson found a simple typeface that was available in 1816, a year before Mississippi became a state.

Graphic designer Rocky Vaughan of Ackerman, Mississippi, created the overall design of the magnolia flag, which was altered with work from others. He said Tuesday that he started working on designs years ago, when Mississippi residents were bickering about the flag with the Confederate image.

“What I wanted to do was show every Mississippian that there’s a compromise out there, and we are the magnolia state,” said Vaughan, 43. “If it’s appealing to the eyes, it will be accepted.” 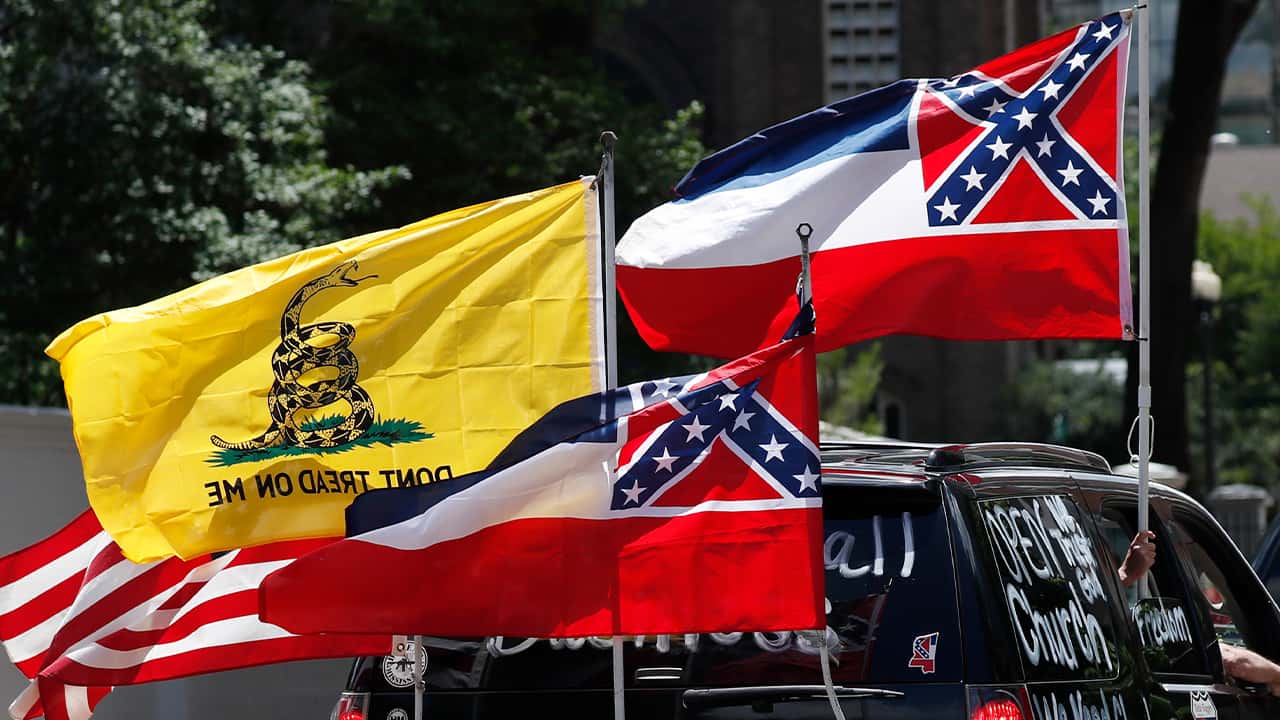 In this April 25, 2020 photo, Mississippi state flags are positioned on a vehicle amid an arrangement with the American flag and a Gadsden flag during a drive-by “re-open Mississippi” protest past the Governor’s Mansion, in Jackson, Miss. There is a growing movement to replace the current state flag that has in the canton portion of the flag the design of the Civil War-era Confederate battle flag. (AP Photo/Rogelio V. Solis)

The Commission Had Five Designs Manufactured Into Flags, and Those Were Run up a Flagpole Last Week

The magnolia on that flag came from Sue Anna Joe, a Greenwood native living in San Francisco. Her parents were born in China, and they moved to the United States in the 1960s. Joe, 44, said Tuesday that as a person of Chinese background growing up in Mississippi, she felt “disassociated” with the flag the state had used since 1894. She heard white people say the Confederate symbol represented their ancestors and African Americans say it represented slavery.

“I felt like I was part of a broken family,” she said.

Joe said she watched online as Mississippi legislators voted to retire the old flag. Because she has worked in design, she felt it was her civic duty to submit a proposal. She chose a magnolia because she believes the flower is an easily recognizable symbol of Mississippi.

“I still very much love my home state,” she said.

Kara Giles of Oxford also worked on the magnolia flag. She’s a graphic designer and executive assistant to Oxford Mayor Robyn Tannehill, who is one of the nine flag commissioners. Giles tweaked the design to strengthen some elements of it.

The commission had five designs manufactured into flags, and those were run up a flagpole last week outside the Old Capitol Museum in Jackson before the final two were chosen. While Giles knew she was working on a project that could become a part of state history, “it didn’t really sink in until it started to go up the pole.”