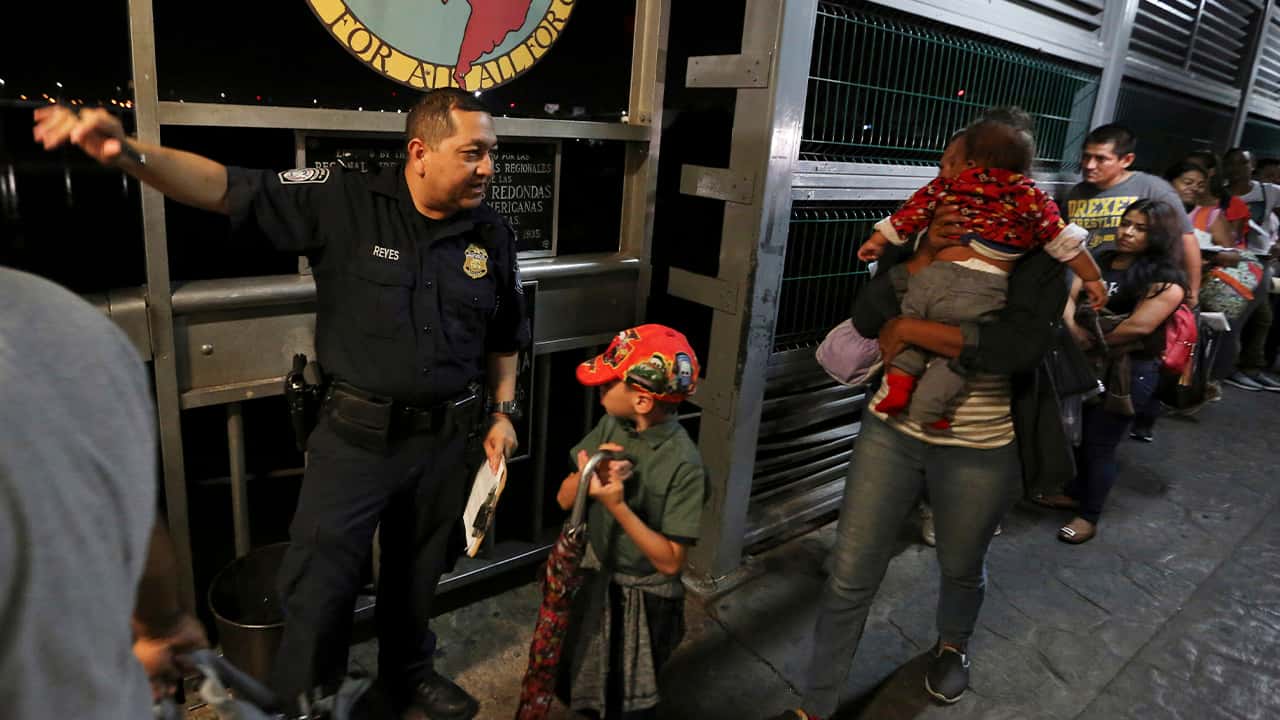 SAN DIEGO — A federal judge on Monday blocked U.S. Customs and Border Protection employees from conducting the initial screening for people seeking asylum, dealing a setback to one of the Trump administration’s efforts to rein in asylum.

The nationwide injunction will likely have little, if any, immediate impact because the government has effectively suspended asylum during the coronavirus pandemic, citing public health concerns.

Leon, who was appointed by President George W. Bush, said CBP employees get two to five weeks of distance and in-person training, while asylum officers get at least nine weeks of formal training.

Leon also cast doubt on whether CBP, a law enforcement agency that includes the Border Patrol, could do screenings in a non-adversarial manner, as regulations require.

Representatives of the Homeland Security and Justice Departments did not immediately respond to requests for comment. U.S. Citizenship and Immigration Services said it does not comment on pending litigation. FILE – In this Sept. 26, 2019 file photo, asylum seekers, in Tijuana, Mexico, listen to names being called from a waiting list to claim asylum at a border crossing in San Diego. A federal judge on Monday, Aug. 31, 2020, blocked U.S. Customs and Border Protection employees from conducting the initial screening for people seeking asylum, dealing a setback to one of the Trump administration’s efforts to rein in asylum. (AP Photo/Elliot Spagat, File)

The Judge Didn’t Address Other Arguments

Lawyers for mothers and their children from Mexico, Ecuador and Honduras who failed the screening — known as a “credible fear” interview, in which they must persuade officials they have a credible fear of persecution in their home country — argued that CBP employees were not authorized to do the work and lacked training.

“This decision puts an end to the sham process of using adversarial Border Patrol agents to conduct highly sensitive interviews with asylum-seekers,” said Julie Carpenter, an attorney for the Tahirih Justice Center, which sued on behalf of asylum-seekers.

The judge didn’t address other arguments, including that the measure was invalid because CBP Commissioner Mark Morgan is serving in an acting capacity and lacks authority under federal law.

The Government Accountability Office, a congressional watchdog, said earlier this month that the Homeland Security Department’s top two officials, also in acting roles, are ineligible to run the agency because they improperly appointed under federal law.

CBP training began last year, and as of February, 91 employees were doing initial screenings, according to a report by the nonpartisan Migration Policy Institute. They approved 37% of people over a 12-month period that ended in May, compared with 64% by USCIS asylum officers.