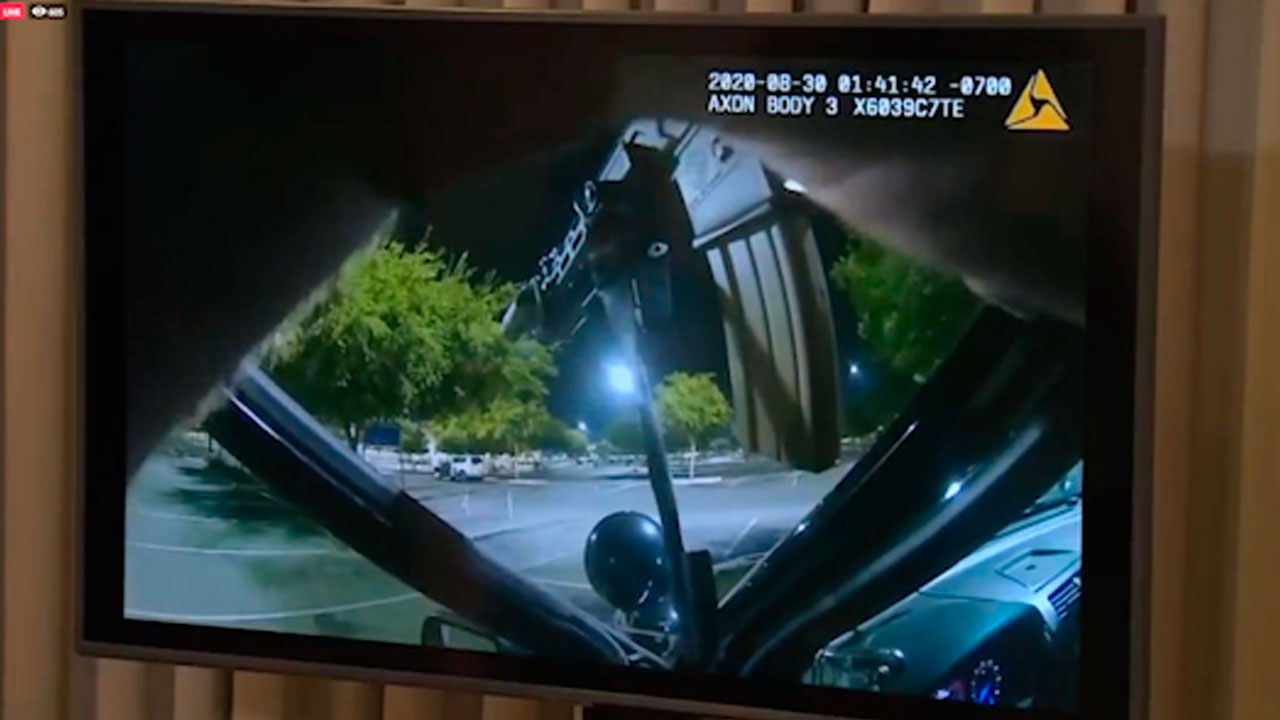 Dramatic body-cam footage released by the Clovis Police Department on Tuesday revealed how officers pleaded with the suspect to drop his weapon right before they shot and killed him Sunday morning in a Walmart parking lot.

The suspect, 26-year-old Nikolas Frazier, was also revealed to have made the 911 call that brought officers to the scene.

His weapon? A BB gun rifle.

“As a department, and as a chief, it’s difficult for me,” a somber Clovis Police Chief Curt Fleming said at a news conference.

Fleming said he believed the situation was probably a suicide-by-cop incident. 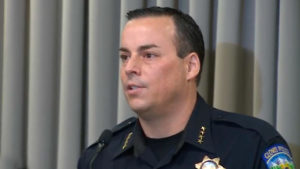 “As a department, and as a chief, it’s difficult for me.” — Curt Fleming, Clovis Police Chief

The body-cam footage showed an officer responding to the scene at 1:37 a.m. Clovis PD uses technology in patrol cars that allows officers to hear the 911 call live on their way to the call.

In this case, it was Frazier speaking with a dispatcher. He described a man walking around the parking lot with a weapon.

Dispatcher: “Is he pointing it at anybody?

Frazier: “Not at the moment.”

The first officer pulled up, drew his weapon on Frazier, and began a 2-minute, 45-second negotiation.

Another officer spoke to Frazier: “Put it down, dude. Come on, man.”

Then Frazier raised his weapon toward the officers. The video pauses and gunshots can be heard.

Chief Fleming says 15 rounds were fired by the officers — nine from rifles, three from pistols. None of the officers fired more than three rounds. Fleming did not know if Frazier fired at the officers before he was struck.

Officers attempted life-saving measures on Frazier until an ambulance arrived to take him to Community Regional Medical Center, where he was pronounced dead.

Facebook Live update by Chief Fleming regarding the Officer involved shooting on 8/30/20. ***BE AWARE THAT SOME CONTENT MAY BE SENSITIVE TO SOME VIEWERS. No questions will be taken from those watching live on Facebook.

Fleming said that Frazier had never had an interaction with his department nor did he have a known criminal history.

When asked why Frazier was in the parking lot, Fleming answered, “That’s still ongoing. We truly don’t know why this happened.”

Fleming also said he wouldn’t have a toxicology report on Frazier until the Fresno County coroner completes an autopsy.

Frazier’s father, Eric Frazier, did not want to speak publicly when contacted Monday by GV Wire℠.

However, Eric Frazier told ABC30 that, to his knowledge, his son didn’t own a gun and didn’t have any struggles with mental illness. He also that his son recently landed a job at the Amazon fulfillment center.

All six officers are on paid administrative leave, which is typical in an officer-involved shooting.

“They all have to process this now that they’ve taken someone’s life,” Fleming said.

Clovis police say this is the department’s first officer-involved shooting since 2016.

Fleming says at least three businesses, including the Walmart at 1185 Herndon Avenue, were struck by bullets.

No other injuries were reported.

Survey: US Factories Grow in August for Third Straight Month