Ramirez Does Enough to Stay on Course for Mega-Fight 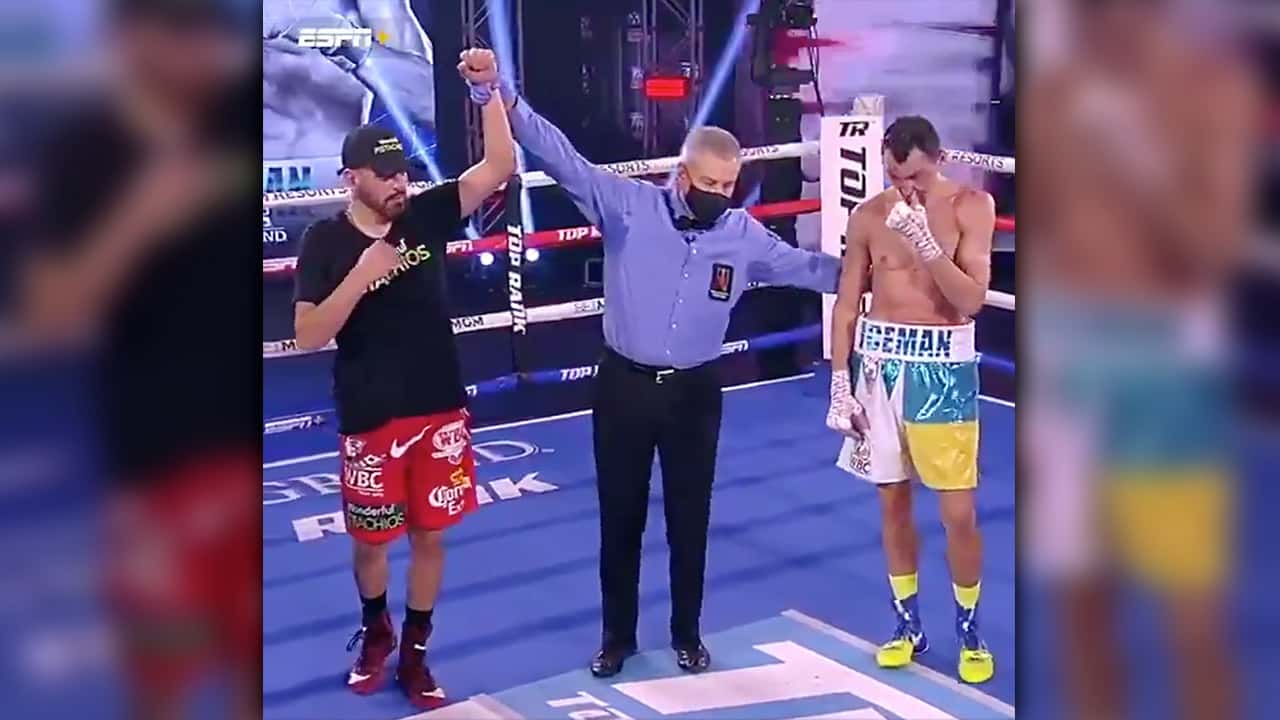 Jose Ramirez wasn’t his usual impressive self, but he did enough Saturday night in Las Vegas to remain in position for a mega-fight against Scotland’s Josh Taylor.

Ramirez successfully defended his WBC and WBO 140-pound world championship belts with a 12-round majority decision over Viktor Postol at the MGM Grand Conference Center.

Bring on Josh Taylor 🏴󠁧󠁢󠁳󠁣󠁴󠁿 😤 Ramirez chance is now set to become the first 🇲🇽 to win all four belts in any weight division 👊 pic.twitter.com/CQX3DMVbot

After the fight, the Avenal native and former Fresno State student said he felt a little rusty after a layoff of more than a year. He also said he missed the excitement provided by the crowd. Saturday’s bout was waged “under the bubble” and without fans because of COVID-19 restrictions.

“I went in there a little too cold, you know?” Ramirez said. “I impressed myself. I’m much stronger than most guys think. I just gotta not lose confidence in myself and stick to what I do best and box, let my hands go and not hesitate too much. I think there was a little bit of hesitation throughout the fight.

“I felt like I was just in a sparring session. I think I could’ve made the fight a lot easier in my favor, but we live and we learn. This was an amazing experience. I’m just happy I got the win.”

Ramirez was far and away the busier fighter. And he landed the biggest blows, especially in the seventh and eighth rounds. But Ramirez had a hard time overcoming Postol’s trademark jab and failed to impose his will against the former 140-pound champion, who dropped to 31-3.

With the victory, Ramirez improved to 26-0 and has a chance of becoming the first Hispanic boxer to hold all four major title belts. Taylor, who is 16-0 and the WBA and IBF title-holder, faces challenger Apinun Khongsong on Sept. 26.

“Josh Taylor is on a collision course to a fight for the undisputed title (against Ramirez), but he must first get past a very tough Thai fighter in Khongsong,” Top Rank chairman Bob Arum said.

Said Ramirez: “I know I’m going to be much fresher and stronger when I do face Josh Taylor.”

Related Story: Jose Ramirez is the Best Boxer in Fresno History. What's Next?