Some Californians Didn't Get Evacuation Alerts in Wildfires 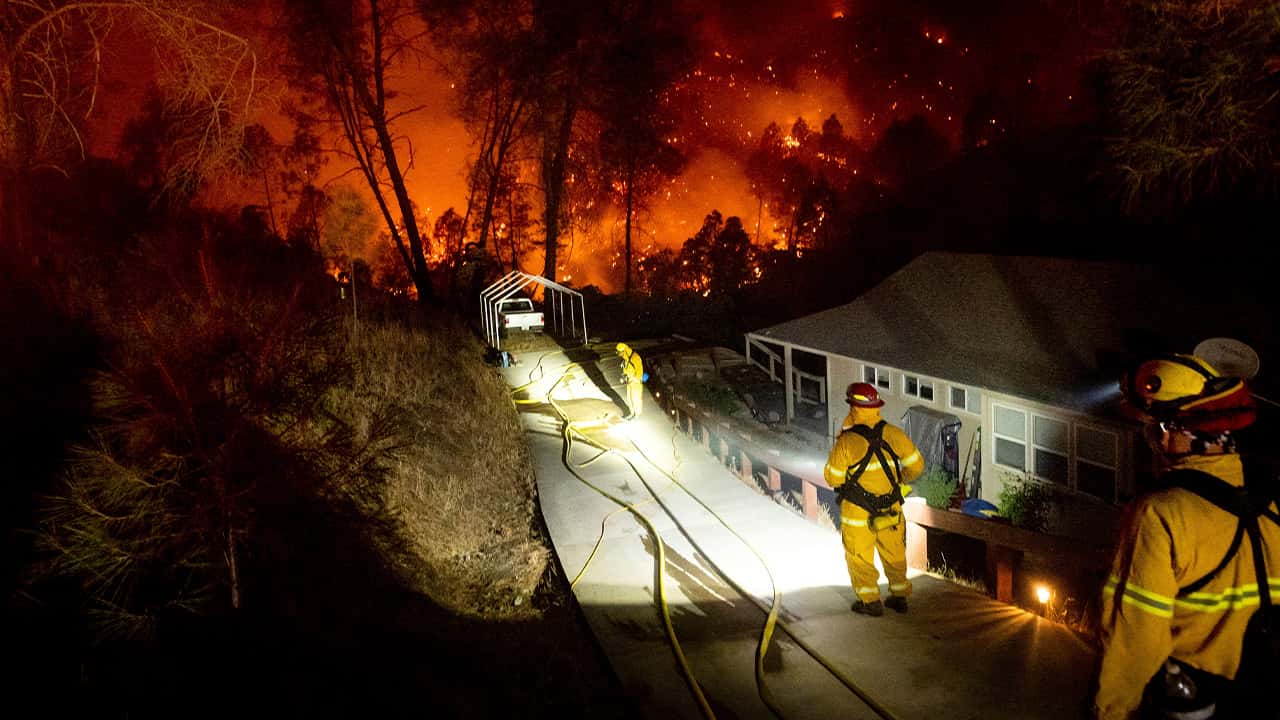 SAN FRANCISCO — When Debra DeAngelo went to sleep, she thought the flames chewing through Northern California wine country were too far away to be dangerous. Plus, she had signed up for all the alerts that emergency officials pressed on people after years of catastrophic wildfires.

A frantic phone call from her friend woke her up two hours later: The ranch where they both boarded their horses was ablaze. DeAngelo raced to rescue terrified animals that night last week, furious she got no official warning by phone, text or siren.

“They alert us about all kinds of crap, but this was life threatening. If fire’s going to be a way of life for California, we at least have to have an alert system.” — Debra DeAngelo

“They alert us about all kinds of crap, but this was life threatening,” she said, adding that she got an alert in April about a bear sighting 15 miles away. “If fire’s going to be a way of life for California, we at least have to have an alert system.”

California has made strides in updating its evacuation alert systems since failing to notify thousands of people ahead of wine country fires three years ago that killed 44, many of them still inside their homes. But worrying gaps remain in the systems operated by each of the 58 counties, putting lives at risk in a state where wildfires are bigger, deadlier and more destructive than ever before.

Residents who barely escaped the latest fast-moving fire say they need a seamless system that crosses county lines and gives clear, useful information about what is happening. They want evacuation maps to accompany written descriptions posted on social media to make it easier to see what areas are in danger, and they want all counties, regardless of size and resources, to give accurate and timely alerts. Some people did not get warnings; others say they went out too late.

“I know this fire was an anomaly, and I’m not trying to point fingers, but it really showed some holes,” said Sarah Johnson, who lives at the Emerald Hills Horse Ranch where DeAngelo boards her horses. It’s in Yolo County but borders Solano County.

Roughly 15,000 firefighters are battling blazes throughout California, the largest ones burning for more than a week in multiple counties around the San Francisco Bay Area. The one in wine country north of San Francisco has killed at least five people and destroyed more than 1,000 buildings, including homes.

It would grow to become the second-largest fire in California history after it raced out of Napa County and through the outskirts of the rural town of Winters early on Aug. 19. Personnel and resources were tight initially, given the sheer number of fires.

He noted that the flames moved quickly and unexpectedly from Napa County to Solano County. They roared through the outskirts of Winters and then south to Vacaville, a city of 100,000 between San Francisco and Sacramento, prompting middle-of-the-night evacuations. Banks estimates Solano County has lost more than 200 homes.

“When the dust settles on this, we’re going to do an after-action report,” he said. “And notifications will be part of that. As always, if there’s a better way we could do something, we will adopt it.” FILE – In this Thursday, Aug. 20, 2020, file photo, scorched homes and vehicles fill Spanish Flat Mobile Villa following the LNU Lightning Complex fires in unincorporated Napa County, Calif. The fire destroyed dozens of homes at the mobile home park with only a handful that remained standing. Despite strides made in evacuation alerts since deadly blazes tore through the area, many are still vulnerable without a statewide system for alerting people. (AP Photo/Noah Berger, File)

Jenny Tan, a spokeswoman for neighboring Yolo County, said officials also are looking into why some people did not get alerts ahead of the fire. She said the horse ranch was in a zone that received an evacuation advisory at 2 a.m. Aug. 19.

Horse boarders called to alert Johnson to the danger around midnight, giving her time to corral the animals for evacuation. By the time the 2 a.m. evacuation advisory appeared by text, the sky was orange and smoky and the landscape dotted with fires.

Earlier that night, Johnson looked for details about the blazes in nearby Napa County but the California Department of Forestry and Fire Protection website would not load and she couldn’t find information anywhere else. She went to bed, joking with her sister in Finland that she had “no idea where this fire is.”

Horse boarders called to alert Johnson to the danger around midnight, giving her time to corral the animals for evacuation. By the time the 2 a.m. evacuation advisory appeared by text, the sky was orange and smoky and the landscape dotted with fires.

Johnson said the notice went out way too late. She’s surveying neighbors in hopes of improving the system and said 43 of 59 people she talked to didn’t get an alert.

California has made strides in beefing up its alert systems since the deadly 2017 blazes. Then-Gov. Jerry Brown signed legislation in 2018 establishing statewide protocols for alerting people to evacuate, mandating annual training for emergency managers and requiring that warnings be sent through landline and mobile phones as well as by radio, television and posts on electronic highway billboards.

Officials have repeatedly told residents to sign up for alerts, pay attention to the news and pack a bag so they can quickly leave.

State Sen. Bill Dodd, a Napa Democrat, said the recent complaints are “really disappointing” because residents in other areas of his district said they received plenty of notice to leave.

Marianne Washabaugh, 63, and her husband are signed up for alerts in Napa, Solano and Yolo counties but said they didn’t receive any notice until a sheriff’s deputy sped up to the house with sirens wailing.

Washabaugh, in pajamas and bare feet, and her granddaughter, great-grandson and husband got in a car and left. Their house burned down.

No sirens or phone calls roused Rhonda Petrillo, 64, either, but somehow she woke up and saw an orange glow through her bedroom window. She loaded her dogs in three cars with her husband and son.

Petrillo’s husband told her to “go, go, go, get going now” as flames galloped and skipped over the ground, she said. She punched the car through a wall of flames and drove blindly in thick smoke, counting the seconds until she could make a turn onto the main road, where she met bumper-to-bumper traffic.

Her family is safe and her house is damaged but standing, although they have lost livestock and fruit and nut trees.

“I really believe it was God that said, ‘Open your eyes,'” Petrillo said.

Related Topics:California wildfireswildfires
Up Next