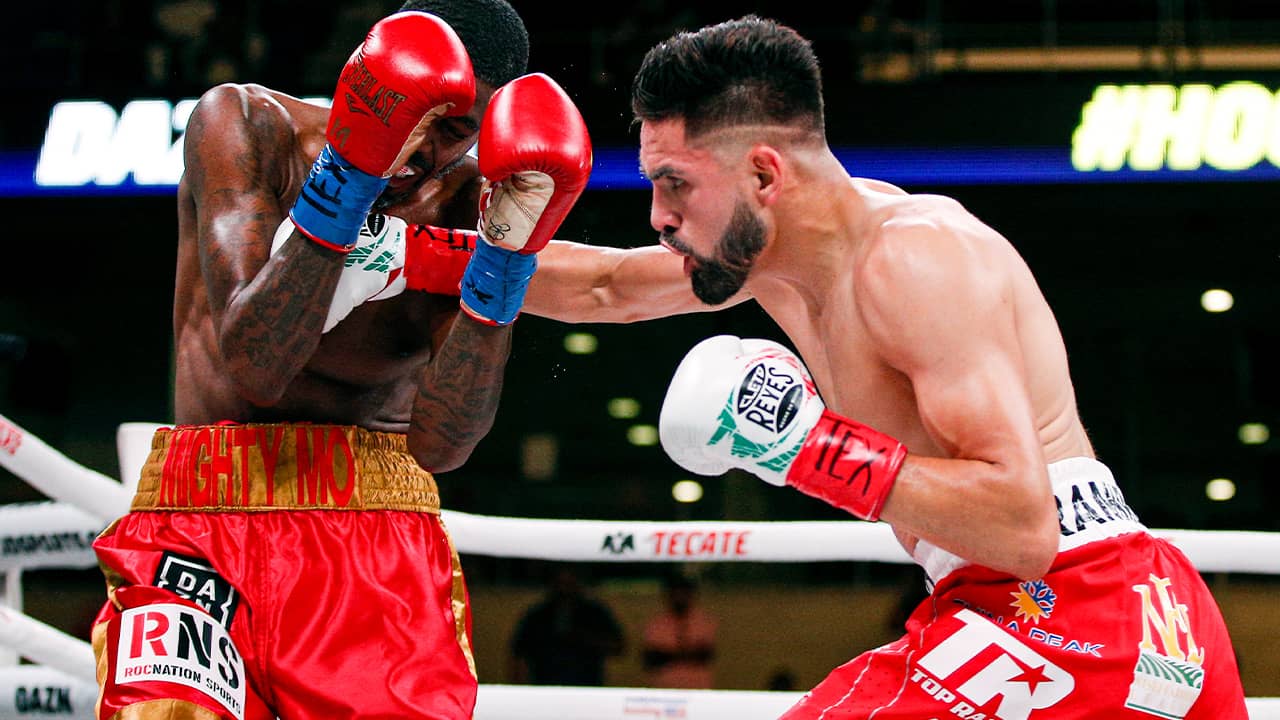 They were first supposed to get it on in February in China. Ramirez’s manager, Rick Mirigian, then scrambled to stage the bout at Fresno’s Save Mart Center in May. The coronavirus KO’d that date, too.

Now, they will do battle “under the bubble” starting at 7 p.m. inside the MGM Grand Conference Center.

You can watch the scheduled 12-round bout and the undercard live on ESPN+. The subscription service costs $5.99 monthly or $49.99 annually.

For those who have never seen Ramirez in action, Top Rank has compiled this 96-second video of him at his best.

Will Ring Rust Figure in the Outcome?

“It’s always an honor stepping into the ring, fighting a guy like Postol and defending my belts,” Ramirez said in a Top Rank press release. “God knows that my goal is to become the undisputed champion and this gets me one step closer to my goal.”

Ramirez enters with a 25-0 record and 17 knockouts. After winning the WBC light-welterweight title in spring 2018, he impressively defeated Antonio Orozco and Jose Zepeda. Then he added the WBO crown with a sixth-round stoppage of Maurice Hooker on Hooker’s home turf in Texas.

Because of the pandemic, it’s been a while since either boxer has fought — April 2019 for Postol and July 2019 for Ramirez. So boxing insiders expect both fighters to show some rust in the early rounds.

However, both say they’ll be sharp from the opening bell.

“I’m just looking forward to fighting,” said Postol, who is 31-2, with 12 knockouts. “I’m coming to win those world titles. I have been training since this fight was first announced, so I’m focused and ready to go.”

Predicts Top Rank chairman Bob Arum: “I have no doubt we will see the best version of Jose Ramirez, a wonderful young man and one of the world’s best fighters.” 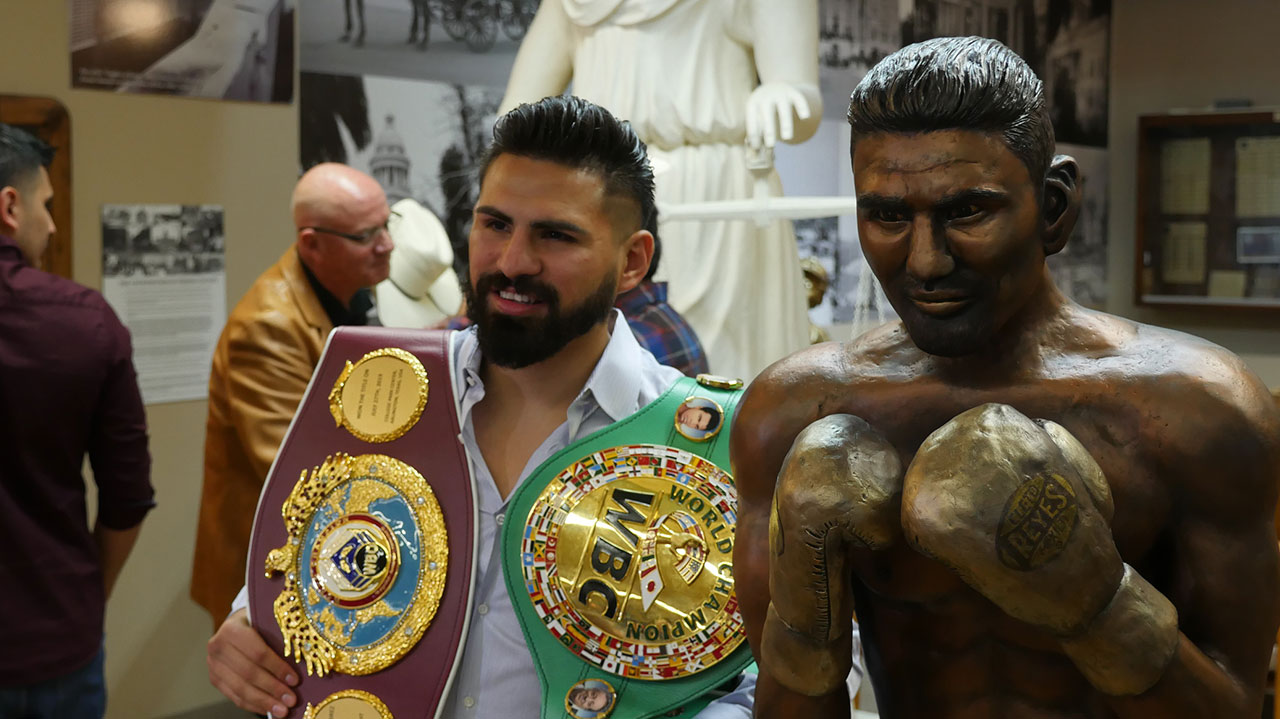 Jose Ramirez shows off his championship belts next to his statue at the Big Fresno Fair. (GV Wire File)

Can Ramirez Get Inside Postol’s Jab?

At 28, Ramirez is his physical prime. Postol is 36 and, while he’s always in superb condition, the question is whether he’s on the verge of decline.

Tactically, the bout likely will come down to if Ramirez can get inside Postol’s jab and apply the overwhelming pressure that has worn down 25 consecutive opponents.

A Potential Mega-Bout Against Josh Taylor in 2021

The bout is generating a big buzz in boxing because of where it could lead — a mega-bout unifying all four major belts against WBA and IBF world champion Josh Taylor.

In just 16 pro fights — all wins and 12 by knockout — the boxer from Scotland nicknamed “The Tartan Tornado” has become a major star.