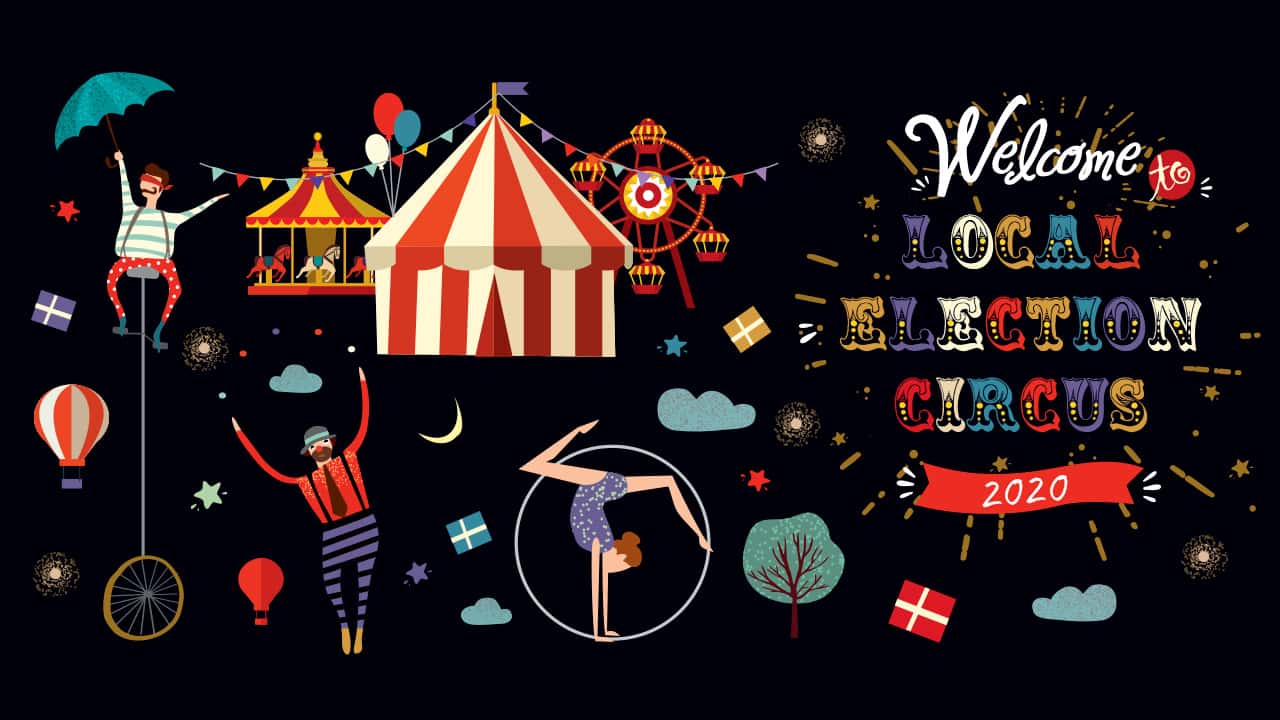 It’s political season, which means attacks come in all forms.

Aside from the grammatical errors and ALL CAPS, the site mentions the negative aspects of Payne’s eight years on the board. It also accuses him of racial discrimination and having a “hatred towards law enforcement.”

That’s what it looked like yesterday, at least. Today’s version is a more generic “coming soon.”

The purveyor of the website is anonymous. Both of Payne’s election opponents, Sevag Tateosian and Nasreen Johnson, say they had nothing to do with it.

“But to be clear, this piece of propaganda is just the opening act of the circus. Send in the clowns and bad actors next.” — SCCCD trustee Eric Payne

“Since there is no story, I refuse to legitimize this nonsense, with any credibility. In this race, I know I’m expected to run faster and jump higher than any of my opponents in order for me to get to the finish line. Much like what my community has done, for generations I will rise to the occasion,” Payne said. “But to be clear, this piece of propaganda is just the opening act of the circus. Send in the clowns and bad actors next.”

Tateosian had no sympathy for Payne.

“When you build a reputation by plagiarizing, ducking basic transparency laws, and falsely attacking good, hardworking people, they fight back. Mr. Payne is getting a taste of his own medicine,” Tateosian said.

“My focus remains on running a clean campaign and working to connect with voters about issues that impact our students and community,” Johnson said.

According to campaign filings, Tateosian raised $5,000 each from Darius Assemi and the Associated Building Contractors of Northern California PAC. Assemi is the president and CEO of Granville Homes and publisher of GV Wire.

Only contributions of $1,000 or more need to reported at this point in the election.

Johnson lists a new employer. She is a communications strategist for ACLU Foundation of Northern California. She worked in a similar role previously at Fresno Economic Opportunity Commission. Johnson also picked up a $1,000 check from IBEW #100.

Payne has not reported any contributions.

Cliff Tutelian filed a progress report with the Fresno City Council Thursday on his development company’s plan for retail and housing where the CVS pharmacy is located at Fulton and Tuolumne streets.

The project calls for 30,000 square feet of retail space and 160 apartment units, as well as a 510-space parking garage.

However, that garage would be built in front of the well-received Fresno “postage stamp” mural, according to artist renderings.

Tutelian responded to complaints related to the mural by designing an outside walkway next to the mural.

The council did not discuss the project, voting to accept the report as part of the consent agenda.

The San Joaquin Valley Sun has more details about what the project would look like.

Instead of a code enforcement agent coming into a rental property, the tenant or landlord can take videos during a teleconferencing call.

As a tradeoff, the $100 inspection fee will be waived for property owners.

Last April, city negotiations with Outfront Media were failing. A billboard on Highway 99, north of Shaw Avenue, had to removed so the city could continue with the Veterans Boulevard project.

Neither the city and the company could agree on a price, the last offer being $344,000. The council voted to force the sale by eminent domain and followed through, filing suit in Fresno County Superior Court in June.

The council discussed the suit in closed session but took no action.

The party announced a slate of local picks for several school board seats.

In Fresno Unified, the party picked David Paredes over Carol Mills for the Area 5 seat.

Paredes and Rezvani are considered more progressive than the incumbents they are hoping to defeat.

According to Mills, Paredes won the endorsement by one vote. She has other Democratic-leaning endorsements including the Democratic Women in Action, Central Labor Council as well as Congressman Jim Costa.

In the SCCCD Area 6 race, the party did not make an endorsement even though all three candidates are Democrats — incumbent Deborah Ikeda, and challengers Chris Milton and Sally Fowler.

In order to receive the party’s endorsement, a candidate needed 60% of the central committee— and be a Democrat, of course.

School Zone Now Has Its Own Facebook Page, So Let’s Talk