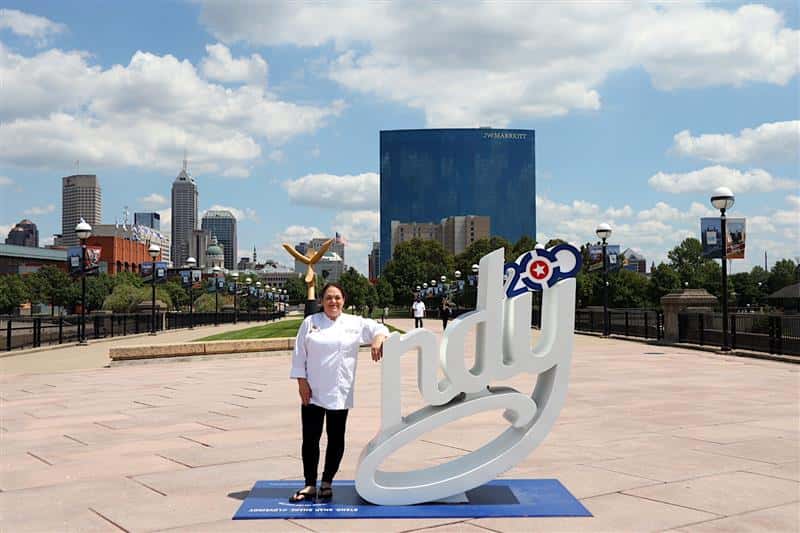 The Indianapolis competition hosted by World Food Championships was filmed for a one-hour television special airing Oct. 3 on Cooking Channel. Kelli Fairchild-Cochran made this pork dish in the first round of “Final Table: Indy.” (WFC/Michael Durr)

Fairchild-Cochran qualified for the event by winning the sandwich category and $10,000 last fall in WFC’s Main Event in Dallas.

At Indianapolis, she missed the title round by a quarter-point in the judges’ scoring. Fairchild-Cochran and her team made two dishes — one featuring pork, the other duck.

The three finalists were required to sign non-disclosure agreements so that the 2020 World Food Champion is revealed on the Cooking Channel.

In her WFC profile, Fairchild-Cochran says that she grew up in Planada and “has a deep love and appreciation of scratch-made Mexican food and loves preparing homemade sauces of dried chiles, salsas, and tortillas.”

Her specialty is creating unique handmade appetizers for clients.

In addition to Fairchild-Cochran, these were the other Indianapolis contestants: