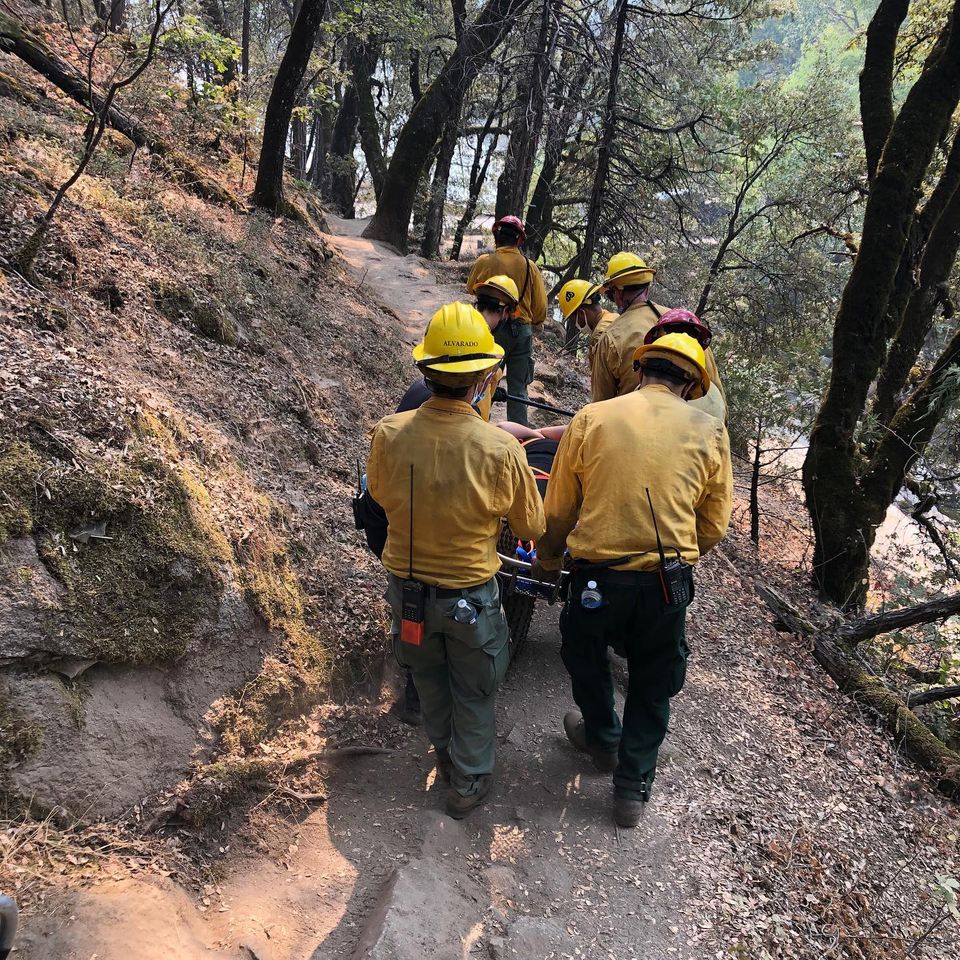 “Without the participation of volunteers, the highly effective and professional Search and Rescue teams that make up the unit would not be possible.” — Madera County Sheriff’s Office

Last Saturday, 20 members rescued a 29-year-old hiker who fell along Willow Creek. The rescue took about two hours because she had to be taken across the creek using a ropes system. The Daly City resident then was carried on a litter.

Aug. 15: A Day to Remember for Rescuers

— A 40-year-old woman who suffered major injuries on the Willow Creek Trail between Angel Falls and Devil’s Slide was reached and taken to a Fresno hospital.

— Another 40-year-old woman experienced a medical issue on Lewis Creek Trail. Rescue crews brought her to family members, who took over care.

Then, on Tuesday, Aug. 18,  a 43-year-old man suffered serious injuries at Angel Falls. After an extended rescue effort, he was transported by SkyLife to a Community Regional Medical Center in Fresno.

What’s Causing All These Rescues?

Madera County isn’t alone in being called in for more rescues than normal.

Orange County officials report that their sheriff’s and fire rescue teams have answered 225% more calls the past two months than in 2018-19.

“With gyms closed (by the coronavirus) and options for exercise limited, many people have been recreating outdoors on local hiking trails,” said Orange County Sheriff Don Barnes.

“While this is a great alternative for staying active, the combination of an increase in the number of hikers and the excessive heat we have been experiencing has led to a record number of search-and-rescue calls.”

The Keys to Hiking Safety

While in the mountains, the Madera County Sheriff’s Office asks that hikers STOP and think: Pick a Trail That’s Right for You

In a Facebook post, the sheriff’s office also reminds hikers to realistically match their fitness and skills to the trail.

“We are asking anyone considering a hike to assess your physical fitness level and be sure it is sufficient for the difficulty of your intended route,” the office said. “Third-party sites such as Alltrails have difficulty ratings and … a little research can go a long way in making sure the hike is appropriate for you.”

Some other tips: Carry water, wear proper shoes, bring a charged cellphone, and tell someone where you plan to go.

A commander, sergeant, and 10 deputies oversee the unit, which relies on more than 100 volunteers.

“Without the participation of volunteers, the highly effective and professional Search and Rescue teams that make up the unit would not be possible,” the sheriff’s office says on its website.

That is correct. We have 15 assigned to the Ropes Team and they have been working rescues about 2x/week all summer. Always looking for new volunteers. Email jwilder@maderacounty.com