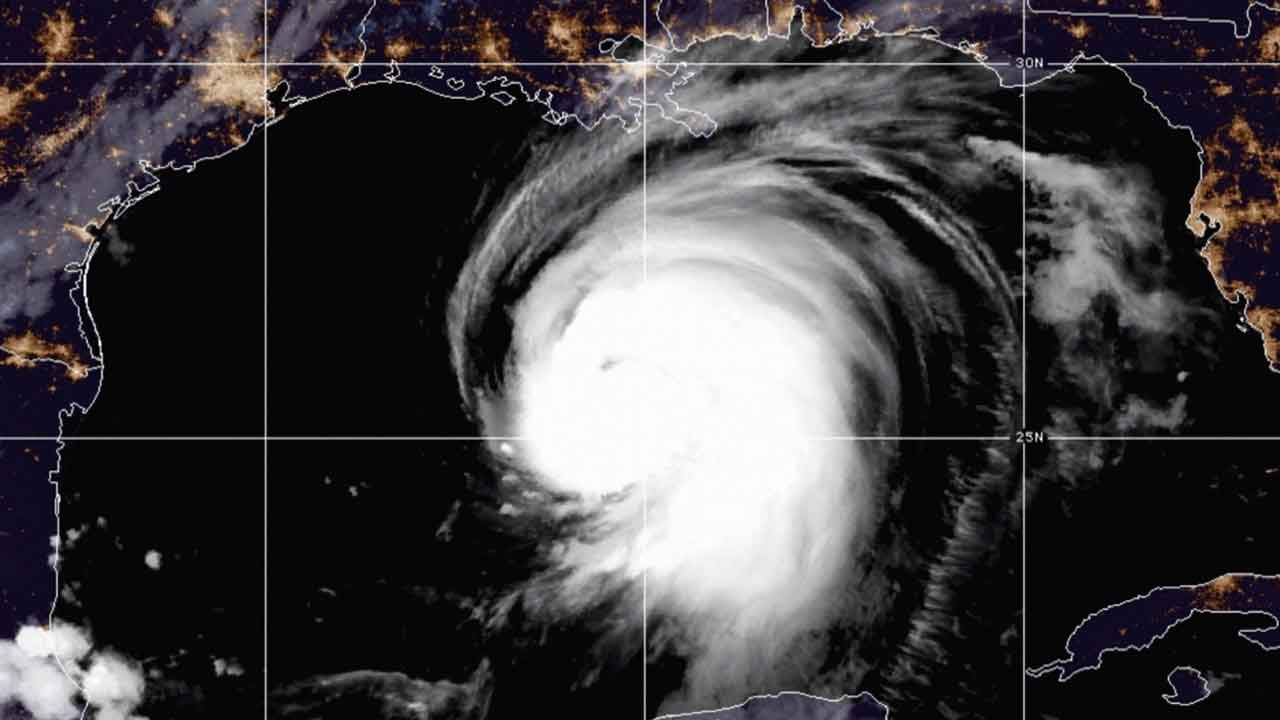 DELCAMBRE, La. — Laura strengthened Wednesday into a menacing Category 4 hurricane, raising fears of a 20-foot storm surge that forecasters said would be “unsurvivable” and capable of sinking entire communities. Authorities implored coastal residents of Texas and Louisiana to evacuate and worried that not enough had fled.

The storm grew nearly 87% in power in just 24 hours to a size the National Hurricane Center called “extremely dangerous.” Drawing energy from the warm Gulf of Mexico waters, the system was on track to arrive late Wednesday or early Thursday as the most powerful hurricane to strike the U.S. so far this year.

“It looks like it’s in full beast mode, which is not what you want to see if you’re in its way,” University of Miami hurricane researcher Brian McNoldy said.

Winds were expected to reach 150 mph (241 kph) before landfall, and forecasters said up to 15 inches of rain could fall in some places.

Abbott warned that people who fail to get out of harm’s way could be cut off from help long after the storm hits. A Category 4 hurricane can cause damage so catastrophic that power outages may last for months in places, and wide areas could be uninhabitable for weeks or months. The threat of such devastation posed a new disaster-relief challenge for a government already straining to deal with the coronavirus pandemic. Among the parts of Louisiana that were under evacuation orders were areas turning up high rates of positive COVID-19 tests.

The National Hurricane Center kept raising its estimate of Laura’s storm surge, from 10 feet just a couple of days ago to twice that size — a height that forecasters said would be especially deadly.

By Wednesday afternoon, Laura had maximum sustained winds of 145 mph (233 kph) as it churned about 155 miles (250 kilometers) south of Lake Charles.

“Heed the advice of your local authorities. If they tell you to go, go! Your life depends on it today,” said Joel Cline, tropical program coordinator at the National Weather Service. “It’s a serious day and you need to listen to them.”

For some, the decision to leave home left them with no place to stay. Wary of opening mass shelters during a pandemic, Texas officials instead put evacuees in hotels, but Austin stopped taking arrivals before dawn because officials said they ran out of rooms. Other evacuees called the state’s 211 information line and were directed to Ennis, outside Dallas, only to be told after driving hundreds of miles that there were no hotels available or vouchers.

Taniquia Ned and her sisters showed up without money to rent a room, saying the family had burned through its savings after losing jobs because of the coronavirus. “The COVID-19 is just totally wiping us out,” said Shalonda Joseph, 43, a teacher in Port Arthur.

Edwards lamented that the impending storm meant suspension of community testing for COVID-19 at a crucial time — as elementary and secondary schools in Louisiana are opening and students are returning to college campuses. “We’re basically going to be blind for this week,” Edwards said, referring to the lack of testing.

Forecasters said storm surge topped by waves could submerge entire towns. Water was already rising in the small Louisiana community of Holly Beach in the imperiled Cameron Parish, which forecasters have warned could become part of the Gulf of Mexico after the storm comes ashore.

Laura is expected to cause widespread flash flooding in states far from the coast. Flood watches were issued for much of Arkansas, and forecasters said heavy rainfall could arrive by Friday in parts of Missouri, Tennessee and Kentucky. Laura is so powerful that it’s expected to become a tropical storm again once it reaches the Atlantic Ocean, potentially threatening the Northeast.

Becky Clements, 56, evacuated from Lake Charles after hearing that it could take a direct hit. She and her family found an AirBnb hundreds of miles inland. Almost 15 years have passed since Hurricane Rita destroyed the city.

“The devastation afterward in our town and that whole corner of the state was just awful,” Clements recalled. “Whole communities were washed away, never to exist again. … So knowing how devastating the storms are, there was no way we were going to stay for this.”

The church educator said she fears for her office, which is in a trailer following recent construction.

“I very much anticipate that my office will be gone when I get back. It will be scattered throughout that field.”

The hurricane also threatens a center of the U.S. energy industry. The government said 84% of Gulf oil production and an estimated 61% of natural gas production were shut down. Nearly 300 platforms have been evacuated. Consumers are unlikely to see big price hikes however, because the pandemic has decimated demand for fuel.

“If Laura moves further west toward Houston, there will be a much bigger gasoline supply problem,” Oil analyst Andrew Lipow said, since refineries usually take two to three weeks to resume full operations.

Laura closed in on the U.S. after killing nearly two dozen people on the island of Hispaniola, including 20 in Haiti and three in the Dominican Republic, where it knocked out power and caused intense flooding.

Seen This White 2002 Suburban? It’s Key to a Homicide Probe