Masks Are New Norm Even With a COVID-19 Vaccine, Says Well-Known Doctor 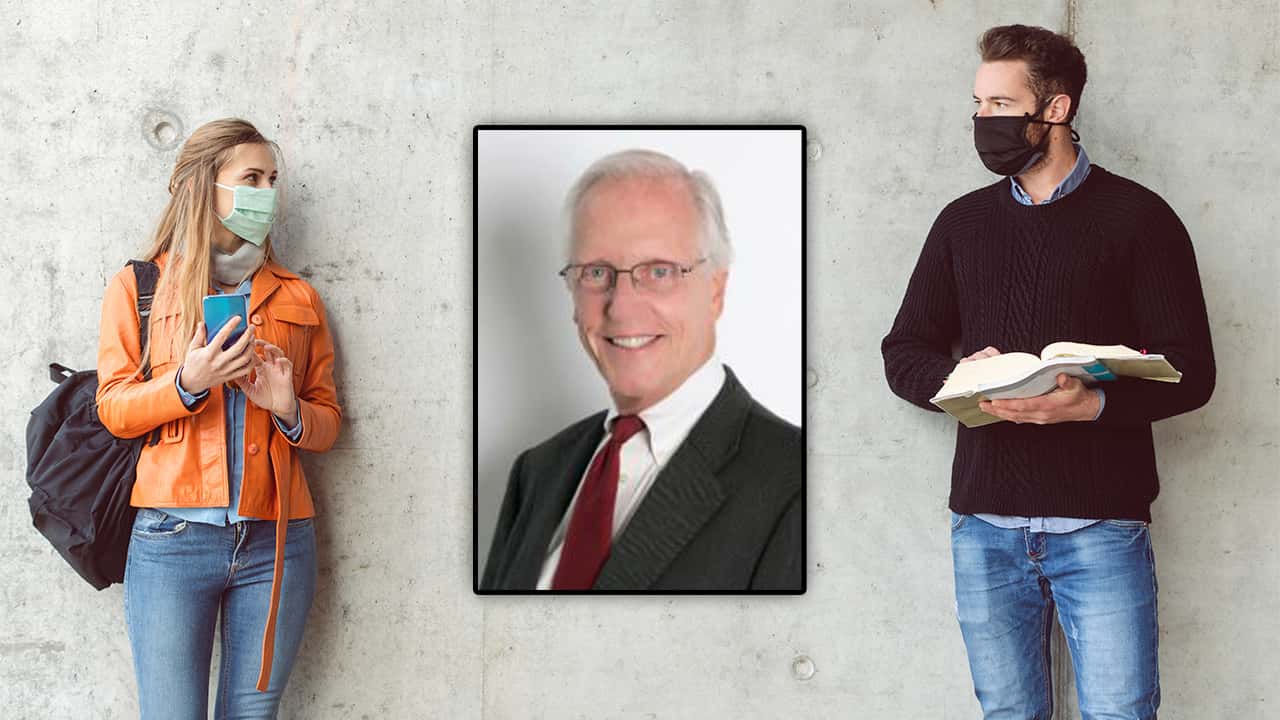 Don’t throw away your face coverings. Those plexiglass barriers in stores will likely remain for the foreseeable future.

With companies around the world working on a COVID-19 vaccine, many experts say that we’ll have one by year’s end. “It may well be that a lot of the things that we’re doing now find themselves into the way we do things more normally going into the future. That’s a possibility.” — Dr. William Schaffner

However, even after a vaccine is cleared, produced, and introduced, many challenges will remain.

You might recognize Schaffner from CNN and his many other television appearances. He says he is committed to communicating about medicine to the general public.

Q & A With Dr. Schaffner

GV Wire: What do you think the timeframe is for ending social distancing and masking?

“I think in some form the new normal will be at least in the wintertime. We’re going to consider doing something that the eastern countries have done. Let’s break out our masks to prevent COVID and influenza. But I think we may be doing some of these things and integrating them in some measure into our new (normal) going forward.”

So, using masks might be a way of life during the winter from now on?

“At least the wearing of masks by people who are really high risk of serious consequences of even influenza.

“I’ve always been kind of bemused that we don’t use them anyway for people aged 65 and older and people who have underlying illnesses such as diabetes and heart disease because if they get (the) flu, they’re likely to wind up with a serious infection (and) in the hospital. A lot of that can be prevented.”

What about kids at school?

“Well, we certainly know that children have the distribution franchise for influenza vaccine. They shed more virus and for longer periods of time than do adults. They spread it among themselves and then they bring it all to the family in the neighborhood.

“It may well be that a lot of the things that we’re doing now find themselves into the way we do things more normally going into the future. That’s a possibility.”

Which company do you think is most likely to have the COVID-19 vaccine out first?

“You can’t bet on an individual horse. But there are three companies out there that are working very hard on this. So we’ll just see how it goes.” 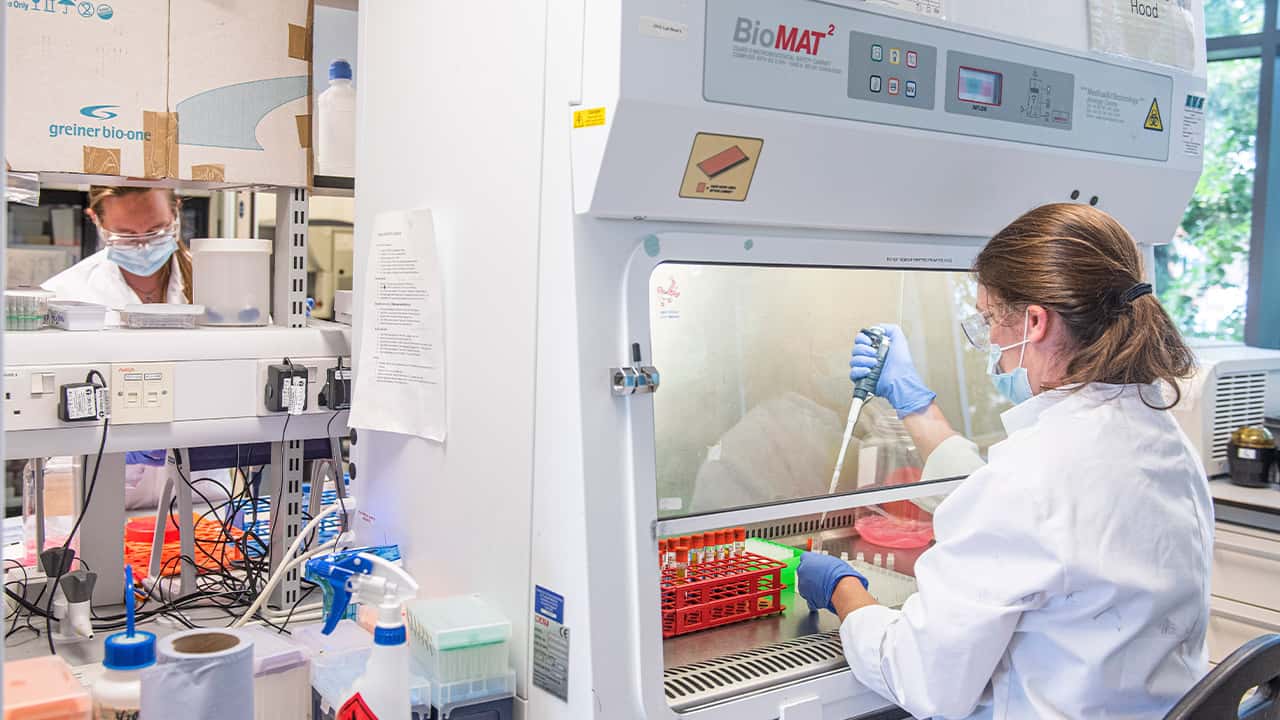 Samples from the coronavirus vaccine trials, from various parts of the country, are handled inside the Oxford Vaccine Group laboratory in Oxford, England, on Thursday June 25, 2020. (John Cairns, University of Oxford via AP)

How is the vaccine going to be distributed? Who’s going to get it first? Do you think the infrastructure is in place to do that?

“Operation Warp Speed has the principal responsibility for the distribution of the vaccine or the vaccines physically.

“The other thing you mentioned is who gets in line first because we won’t have enough vaccine for all 330 million people in the United States on day one. So, we’ll have to prioritize who’s first, second, third, and fourth in line.  I would bet that the first line of people who should get vaccinated are those healthcare providers who are caring for people with a serious covered illness.”

Related Story: Who Will Go to the Front of the Line for COVID-19 Vaccine?

Once we get a vaccine, can we go back to normal?

“First of all, when we say vaccine, the average layperson says, ‘Oh, I get the vaccine. I’m 100 percent protected.’ It’s unlikely that we’ll have a vaccine that good. In fact, the Food and Drug Administration has said if a vaccine is even 50 percent effective. That’s the lowest bar, (but) they would go ahead and use it because it still prevents an awful lot of serious disease.

“But mind you, that would mean half the people who get the vaccine still are not protected. So we’ll still have to be careful. How careful we are will depend a lot on how effective and widely distributed the vaccine is.”

Related Story: Bill Gates Is Spending $150 Million to Try to Make a Coronavirus Vaccine as ...

Poll: Many in US Shoring Up Finances Amid Downturn