Deadly Wildfire Near Coalinga Is 100% Contained 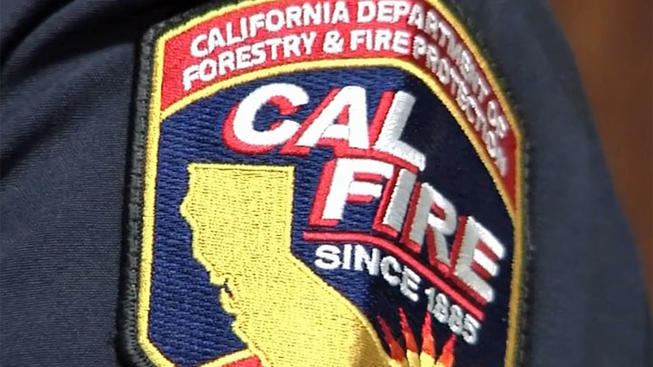 The wildfire that claimed the life of a helicopter pilot south of Coalinga is 100% contained, Cal Fire officials said Monday night.

Mike Fournier, 52, of Rancho Cucamonga, died Wednesday morning when his Bell UH-1H copter suddenly crashed into a hillside while on a water-dropping mission.

A Fresno County Sheriff’s Office search and rescue team recovered Fournier’s body, and on Saturday his remains were returned to southern California in a procession led by Cal Fire vehicles and personnel.

Tulare County Sheriff Mike Boudreaux issued a voluntary evacuation order Monday for the communities of Camp Nelson and Ponderosa, which are near the Castle Fire. Smoke rises from the Castle Fire in the mountains of Tulare County. (nwcg.gov)

A virtual community meeting about the fire is scheduled for 6 o’clock Tuesday. Participants will include the U.S. Forest Service, Tulare County Fire Department, and the sheriff’s office.

The meeting will be live-streamed on the Sequoia National Forest Facebook and Tulare County Fire Department Facebook. Residents are asked to send questions to  2020.castlefire@gmail.com.

The fire continues to move further into the Golden West Trout Wilderness and is advancing toward Inyo National Forest. As of 9 a.m. Tuesday, it had burned 15,000 acres.

In addition, the Shotgun Fire, which is burning where Pistol Creek and Shotgun Creek converge in the Golden Trout Wilderness, has grown to about 200 acres.

Hand crews are battling the blazes while navigating hazardous conditions that include steep rocky terrain and heavy fuel loads. The firefighters are supported by aircraft. The Blue Jay and Wolf fires continue to burn at an elevation of 9,000 feet near Tioga Road in Yosemite National Park.

The Blue Jay Fire, which was ignited by lightning on July 24, is 10% contained at about 500 acres, fire officials said.

Fire managers expect the fires to creep and smolder as they burn through timber litter.

There are no threats to infrastructure or hiking trails, although the fires are visible from Tioga Road, Glacier Point, and other high-country vistas, officials said.